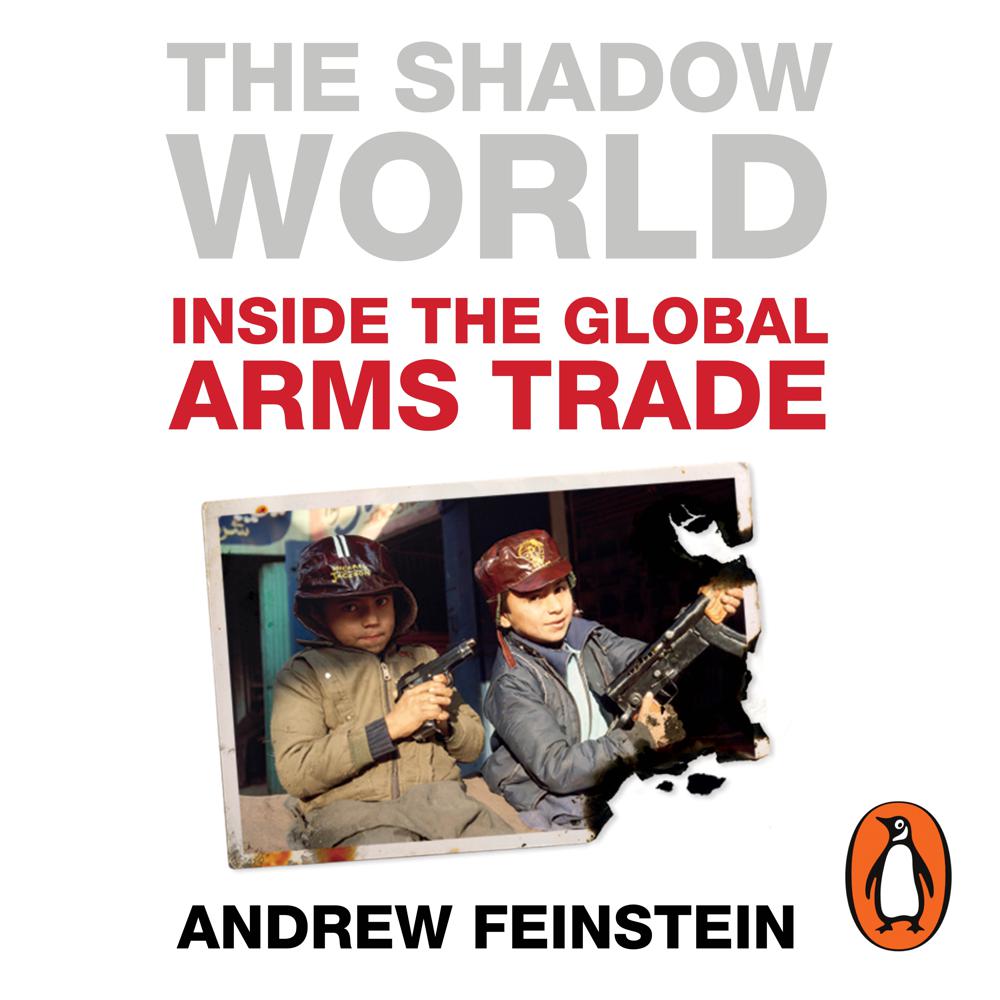 The digital audiobook edition of Andrew Feinstein's powerful exposé, The Shadow World: Inside the Global Arms Trade, complete and unabridged and read by the actor Gildart Jackson.

Pulling back the curtain on the secretive world of the global arms trade, Andrew Feinstein reveals the corruption and the cover-ups behind weapons deals ranging from the largest in history - between the British and Saudi governments - to BAE's controversial transactions in South Africa, Tanzania and eastern Europe, and the revolving-door relationships that characterise the US Congressional-Military-Industrial Complex. He exposes in forensic detail both the formal government-to-government trade in arms and the shadow world of illicit weapons dealing - and lays bare the shocking and inextricable links between the two.

The Shadow World places us in the midst of the arms trade's dramatic wheeling and dealing, ranging from corporate boardrooms to seedy out-of-the-way hotels via far-flung offshore havens, and reveals the profound danger this network represents to all of us.

Chronicles a dream sabotaged by the graft, shenanigans and deceit of a £5 billion arms procurement

A truth-seeking missile. It reveals how much courage is required to swim against the sycophantic tide. To many it's clear he is a hero

A damning exposure of the shocking effects of the arms trade on a new democracy. Brave and compelling

Praise for Andrew Feinstein's After the Party