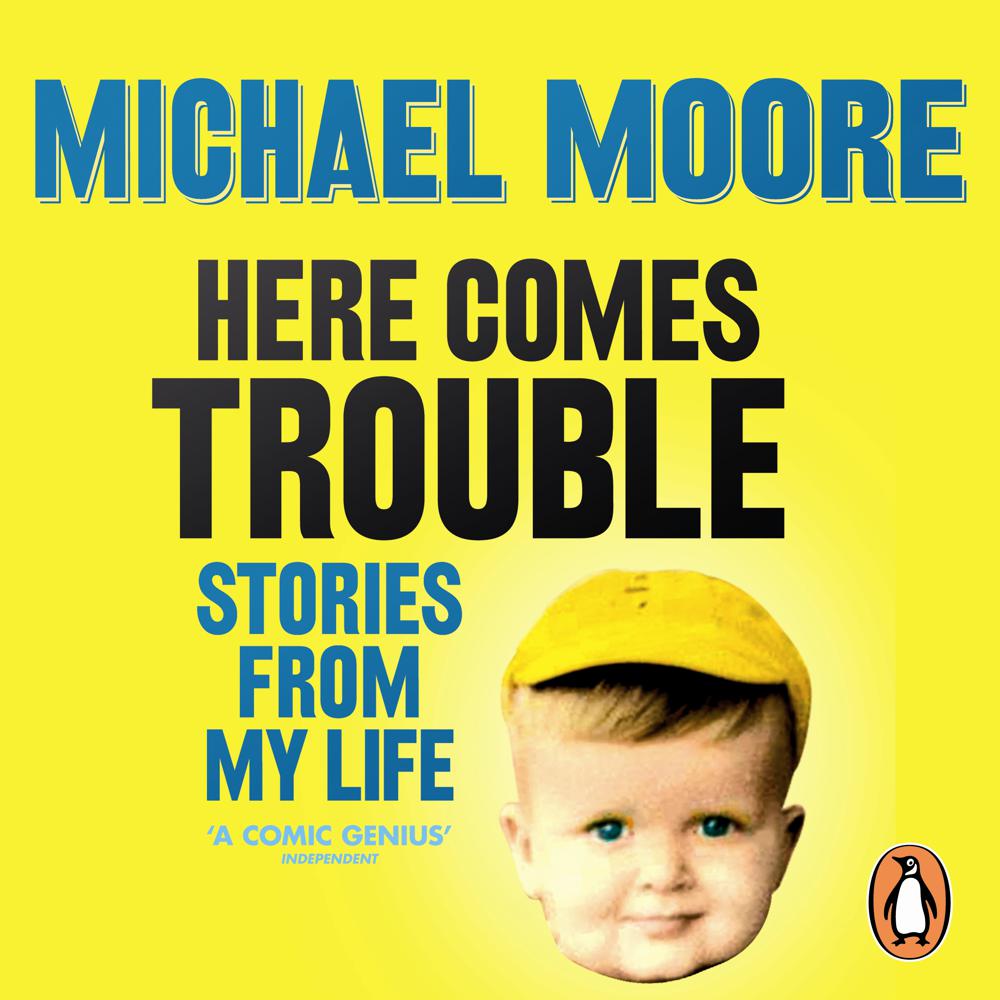 The unabridged, downloadable audiobook edition of Michael Moore's anti-memoir, Here Comes Trouble, narrated by the man himself. Breaking the autobiographical mould, he hilariously presents 20 far-ranging, irreverent vignettes from his own life.

Moore is his own meta-Forrest Gump, as one moment he's an 11-year old boy stuck on a Senate elevator with Bobby Kennedy, and the next moment he's inside the Bitburg cemetery with a dazed and confused Ronald Reagan. Changing planes in Vienna, he escapes death at the hands of the terrorist Abu Nidal (others weren't so lucky). He founded his first underground newspaper in fourth grade. He refused to be on the CBS Evening News with Walter Cronkite at 16 ("There's not enough Clearasil in the world for that to happen"). And he became the youngest elected official in the country at age 18 by enlisting an "army of local stoners" who had no idea what they were doing as his campaign staff.

Before Michael Moore became the Oscar-winning filmmaker and all-round rabble rouser and thorn-in-the-side of corporate and right-wing America, there was the guy who had an uncanny knack of just showing up where history was being made. This book is a wild, revealing, take-no-prisoners ride through his early life. Alternately funny, eye-opening, and moving, this is a book Michael Moore has been writing -- and living -- for a very long time.

Moore is a worldwide force ... a cultural icon

Here Comes Trouble is by far Mr. Moore's best book...[his] coming of age as a working-class malcontent is...something to behold. It's the story of a big lunk who learns to yoke his big mouth to a sense of purpose. It persuades you to take Mr. Moore seriously, and it belongs on a shelf with memoirs by, and books about, nonconformists like Mother Jones, Abbie Hoffman, Phil Ochs, Rachel Carson, Harvey Pekar and even Thomas Paine.