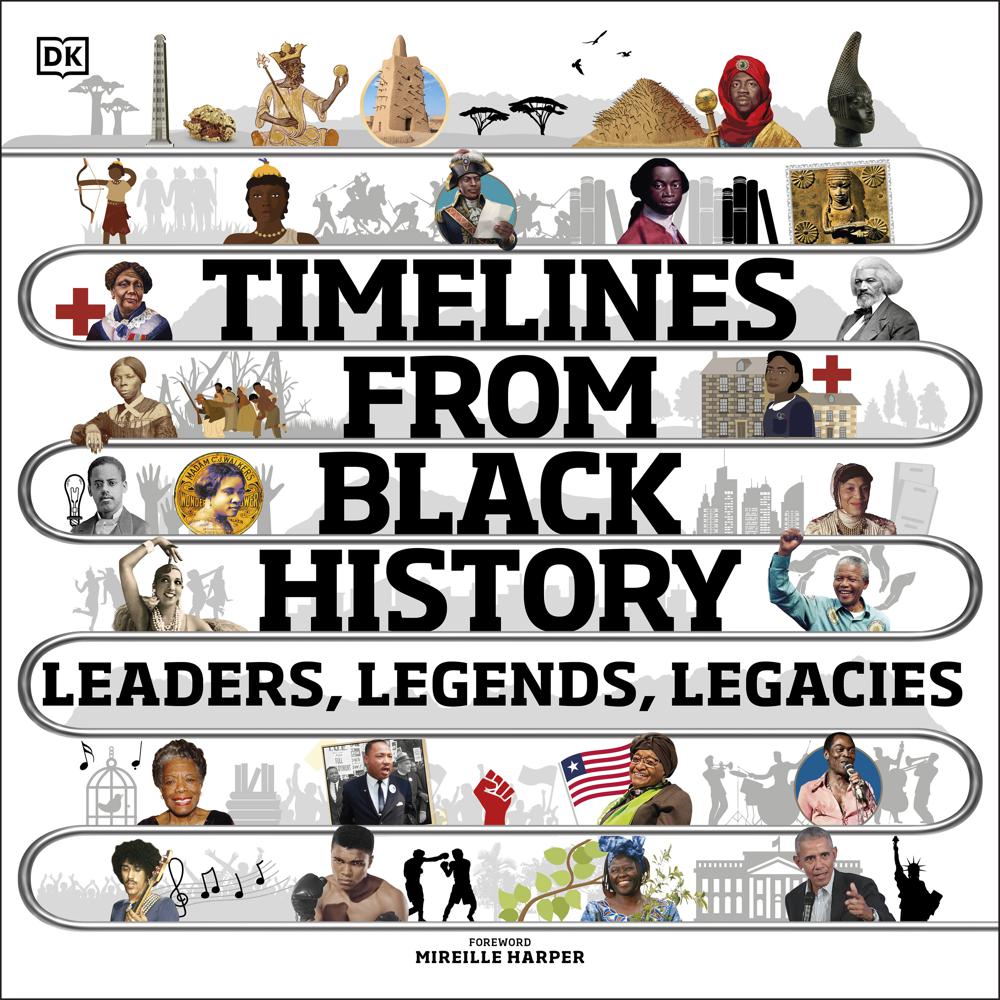 Amazing timelines take listeners through the people and the issues that have shaped Black history.

From Frederick Douglass to Oprah Winfrey, and the achievements of ancient African kingdoms to those of the US Civil Rights Movement, Timelines From Black History: Leaders, Legends, Legacies takes kids on an exceptional journey from prehistory to modern times.

This DK children's audiobook boasts more than 30 timelines, which explore the biographies of the famous and the not-so-famous - from royalty to activists, and writers to scientists, and much, much more. Stunning thematic timelines also explain the development of Black history - from the experiences of black people in the US, to the story of postcolonial Africa.

Did you know that the richest person ever to have lived was a West African? Or that the technology that made the lightbulb possible was developed by African American inventor, and not Thomas Edison? How about the fact that Ethiopia was the only African country to avoid colonization, thanks to the leadership of a brave queen?

Stacked with facts, Timelines From Black History: Leaders, Legacies, Legends is an unforgettable and accessible hive of information on the people and the issues that have shaped Black history.