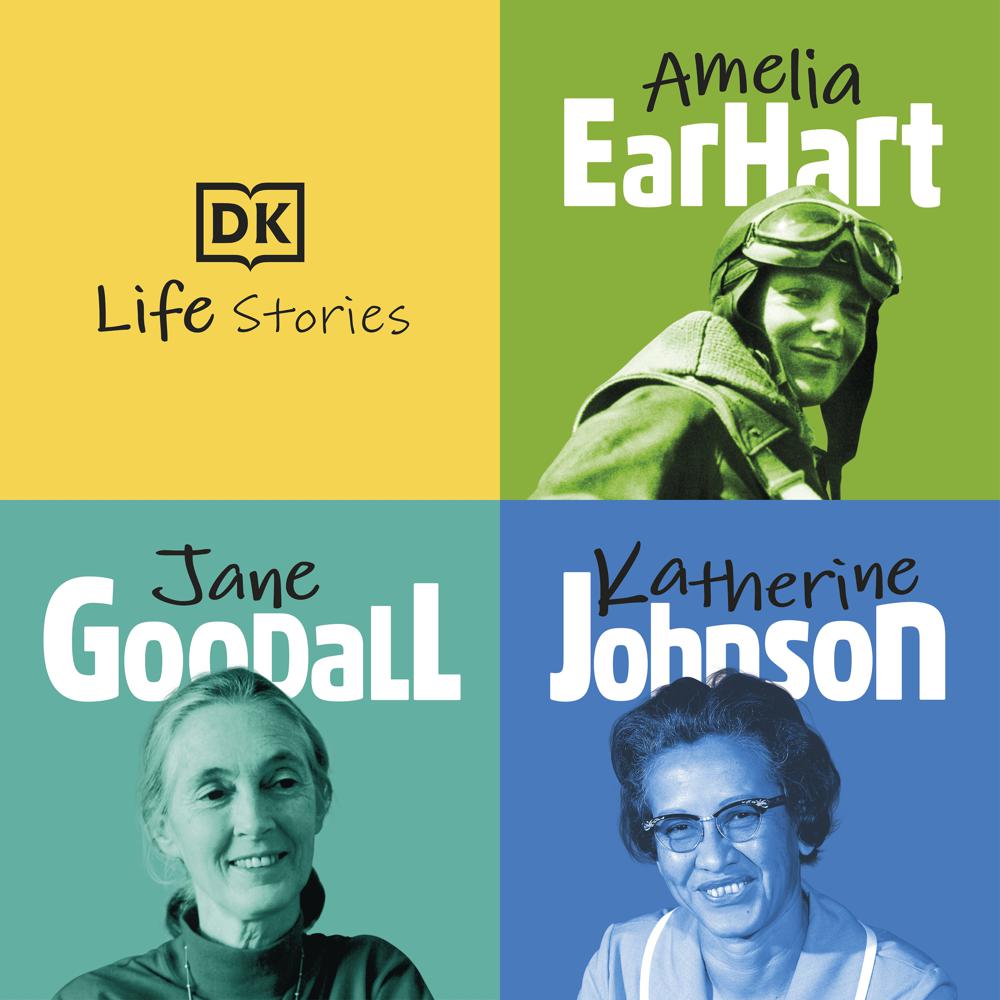 Learn all about Amelia Earhart - one of the world's most famous aviators - Jane Goodall and her important work with chimpanzee - Katherine Johnson and her ground-breaking mathematical work - in this children's biography.

Discover the inspiring story of Amelia Earhart - the first woman to fly solo over the Atlantic Ocean...

Amelia Earhart is one of the world's most famous aviators in the history of flight and a role model for women everywhere. Follow the story of this trailblazing pilot - from her childhood adventures in Kansas, USA, to her around-the-world-flight in 1937, which ended in her mysterious disappearance over the Pacific Ocean.

This biography audiobook for kids ages 8-11 charts the major events of Amelia's life, including buying her first plane (a bright yellow bi-plane that she named "The Canary"), gaining her pilot's licence in 1923, becoming the first female air passenger to cross the Atlantic Ocean in 1928, and becoming the first woman to fly solo across the Atlantic in 1932, earning her the nickname "Queen of the Air". The story of a true feminist icon, DK Life Stories: Amelia Earhart is the gripping tale of a determined woman who broke the rules and followed her dreams skywards.

In this biography for kids, discover the inspiring story of Jane Goodall, whose work with chimpanzees changed the way we understand animals and ourselves.

Jane Goodall was a pioneer of primatology through her groundbreaking work with chimpanzees in Africa.

When she embarked on her career, women were discouraged from conducting scientific research, especially when that work meant living side by side with wild animals. A self-taught scientist, Jane bravely ventured out into the bush of Tanzania to learn about the secret world of chimpanzees.

Discover how, through perseverance and perceptive observation, she gained access to these elusive creatures and discovered that they are not so different from us.

In this biography, discover the inspiring story of Katherine Johnson, famed NASA mathematician and one of the subjects of the award-winning 2016 film Hidden Figures.

It was an incredible accomplishment when the United States first put a person on the Moon - but without the incredible behind-the-scenes work of NASA mathematician Katherine Johnson, such a feat could not have been possible. Follow her remarkable journey from growing up in West Virginia, to becoming a teacher, to breaking barriers at NASA and receiving the Presidential Medal of Freedom in 2015.

This new biography series from DK goes beyond the basic facts to tell the true life stories of history's most interesting people. An age-appropriate text to create an engaging audiobook children will enjoy listening to. This is the one biography series everyone will want to collect.