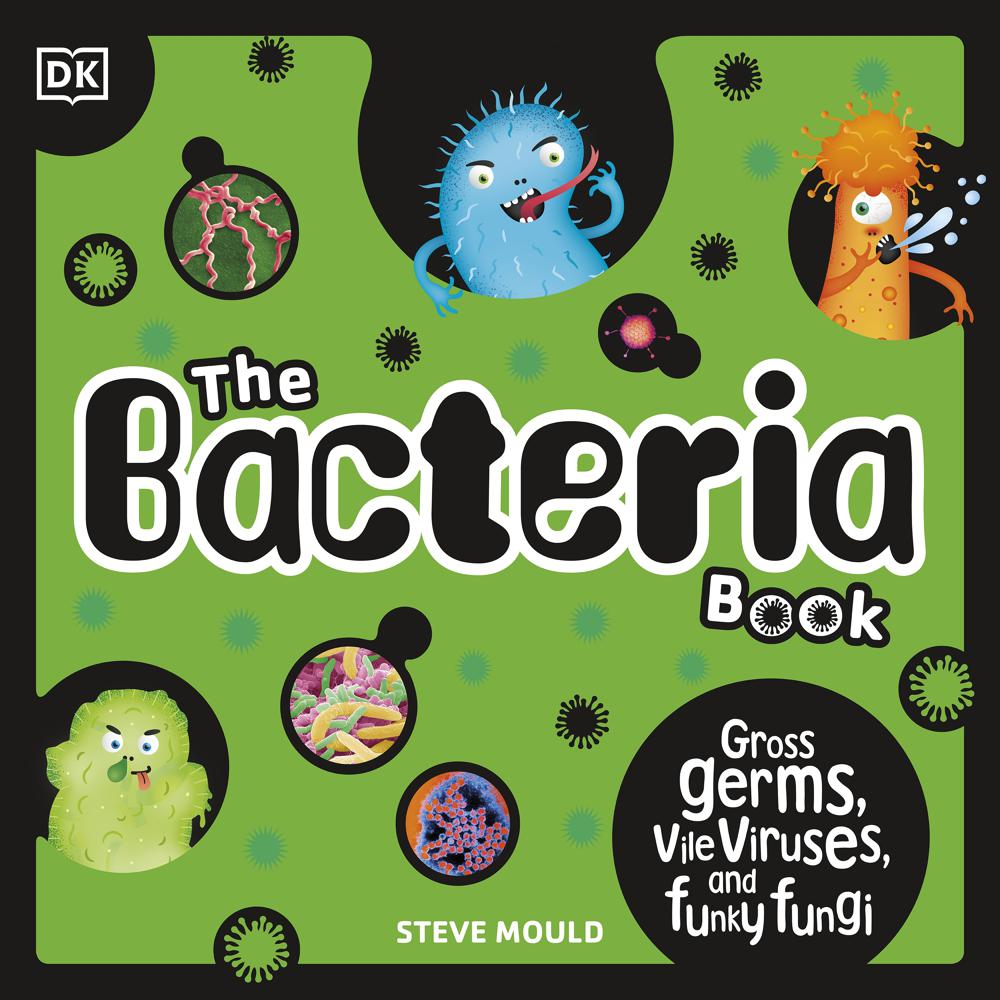 Welcome to the world of microbiology!

Meet the bacteria, viruses, and other germs and microbes that are all around, but too small for us to see, in this children's science audiobook by bestselling author and science comedian Steve Mould.

What do a squid that glows, fungus that grows, and tiny creatures in the soil under your toes all have in common? Find out in this dynamic and engaging audiobook all about bacteria, viruses, and other germs and microbes. The Bacteria Book perfectly walks the line between ""ew, gross!"" and ""oh, cool!"", exploring why we need bacteria and introducing listeners to its microbial mates: viruses, fungi, algae, archaea, and protozoa.

The Bacteria Book is a fun and informative introduction to a STEAM subject that brings kids up-close to the big world of tiny science. This audiobook uses real-life examples of microbiology in action to show how microbes keep our bodies and our world running.

Steve Mould is a science presenter and comedian with a physics degree from the University of Oxford. He has a YouTube channel with more than 175,000 subscribers, and his videos regularly achieve hits in the hundreds of thousands. One of these videos (about ""self-siphoning beads"") went viral worldwide, gaining nearly 2 million hits and being mentioned on the BBC and in The New York Times. Scientists later discovered why the beads performed in the mysterious way they did and dubbed it ""The Mould Effect"". Steve also hosts a radio show on BBC Radio 4, has appeared on Chris Evans's Radio 2 Breakfast Show, and is part of the live comedy/science trio Festival of the Spoken Nerd.