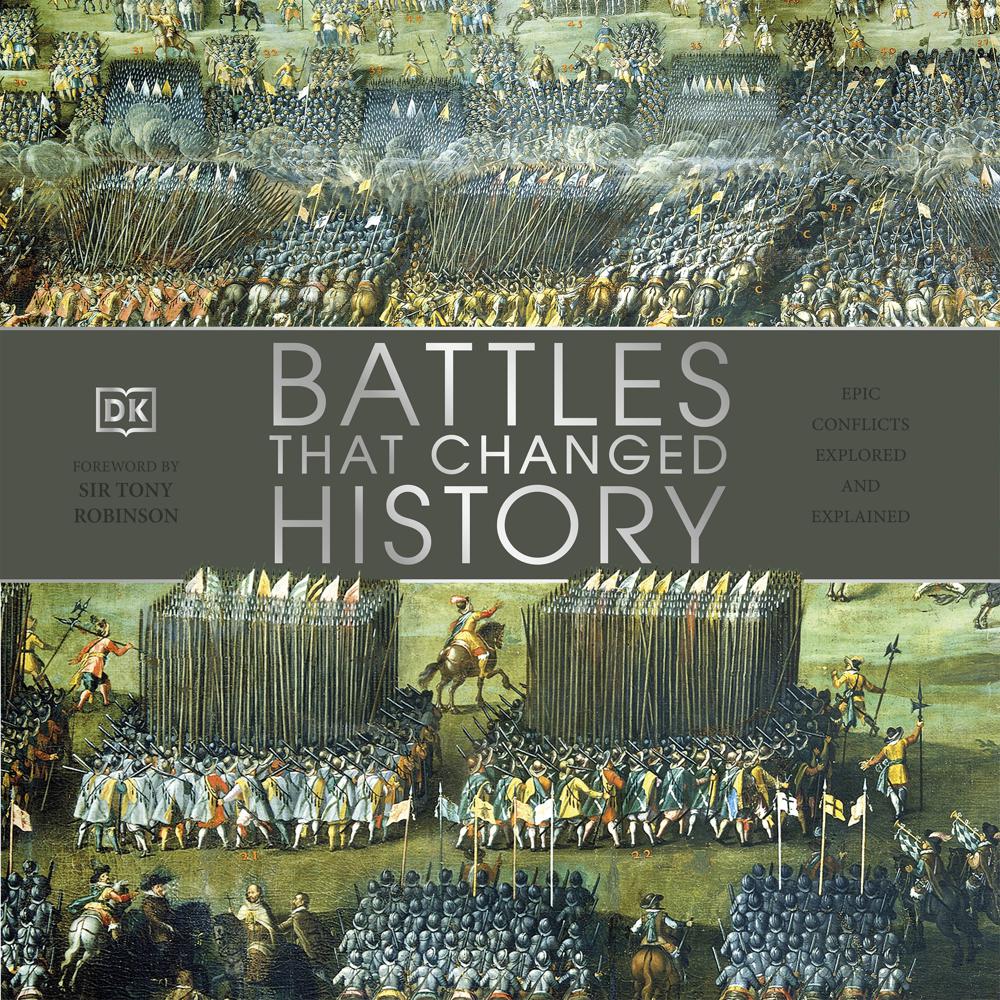 A journey through more than 3,000 years of combat, including Dunkirk and the Battle of Britain.

From the fury of the Punic Wars to the icy waters of Dunkirk, relive more than 3,000 years of world-changing combat with this guide to the most famous battles in history, including a foreword from TV presenter and historian Sir Tony Robinson.

This military history book takes you on a journey through the battlefields of history, from the ancient world to the American Civil War, World War I, World War II, the Cold War, and beyond. Maps, paintings, and photographs reveal the stories behind more than 90 of the most important battles ever to take place, and show how fateful decisions led to glorious victories and crushing defeats.

From medieval battles and great naval battles to the era of high-tech air battles, key campaigns are analysed in detail - the weapons, the soldiers, and the military strategy. Famous military leaders are profiled, including Alexander the Great, Napoleon, and Rommel, and crucial arms, armour, and equipment are explained.

Whether at Marathon, Agincourt, Gettysburg, or Stalingrad, Battles that Changed History takes you into the thick of combat and shows how kingdoms and empires have been won and lost on the battlefield.