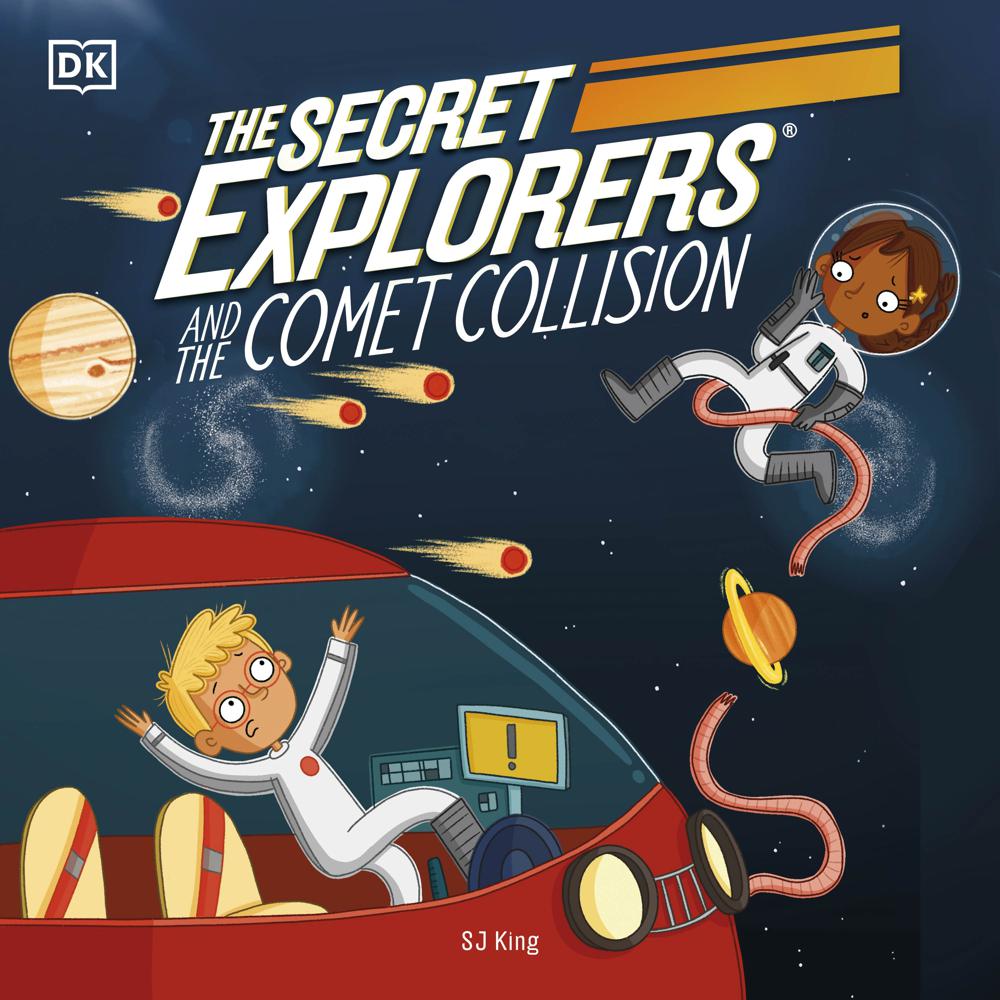 Get a closer look at Jupiter and its moons in this action-packed adventure story.

Blast-off into space in this second adventure with The Secret Explorers, a brand-new fiction series.

This group of brilliant kids come together from all four corners of the globe to fix problems, solve mysteries and gather knowledge all over the planet - and beyond. Whenever their help is needed, a special sign will appear on a door. They step through to the Exploration Station, and receive their mission...

In The Secret Explorers and the Comet Collision, space expert Roshni leads a mission that's out of this world - literally! With rainforest expert Ollie, she is set the task of fixing the space probe orbiting Jupiter before a comet hits the planet. With the clock ticking, it's a race against time for the Secret Explorers as they dodge asteroids, complete daring spacewalks, and use all their skills to complete their mission.

Packed with fun facts about real-life missions to Jupiter, this thrilling adventure is perfect for young readers. The action-packed narrative keeps kids engaged and makes learning about space even more fun!

Narrator bio
Alfred Enoch began acting as a child. His first role in film was 'Dean Thomas' in the Harry Potter series. More recently he has starred in Brazilian feature Medida Provisoria, and Tigers.

Enoch's work in Television includes ABC's How To Get Away With Murder, which starred Viola Davis. He has also appeared in Sherlock and Troy: Fall of a City. Last year he starred in the second season of Trust Me on the BBC, and will next be seen in upcoming Apple TV series Foundation.

Alfred also has an impressive body of theatre work including Kwame Kwei-Armah's Tree at The Young Vic and MIF; Red, at the Wyndhams Theatre alongside Alfred Molina; King Lear at the Manchester Royal Exchange (as Edgar); Coriolanus at the Donmar Warehouse; Timon Of Athens and Antigone at the National Theatre; and The Ballad Of Salomon Pavey at Shakespeare's Globe. Before the lockdown he was in rehearsals to play Romeo in Romeo and Juliet, also at Shakespeare's Globe.