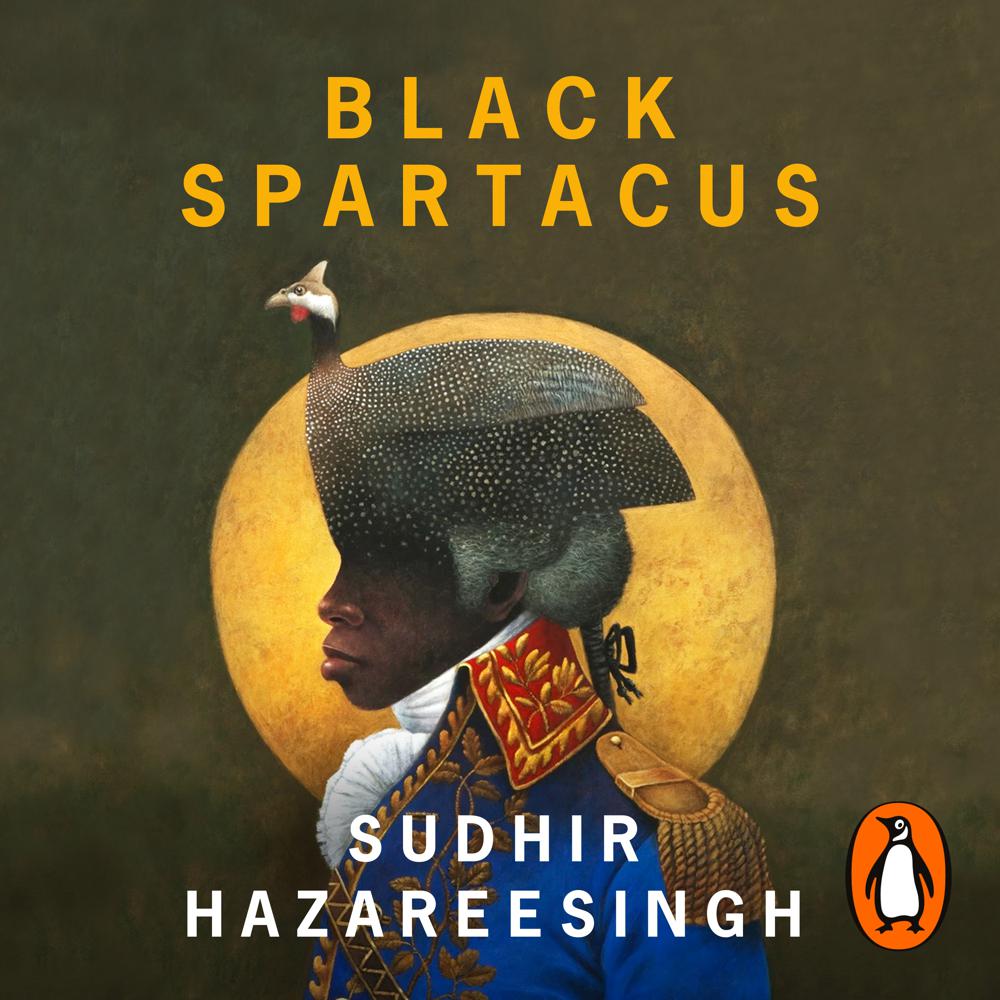 Shortlisted for THE BAILLIE GIFFORD PRIZE FOR NON-FICTION, 2020

The Haitian Revolution began in the French Caribbean colony of Saint-Domingue with a slave revolt in August 1791, and culminated a dozen years later in the proclamation of the world's first independent black state. After the abolition of slavery in 1793, Toussaint Louverture, himself a former slave, became the leader of the colony's black population, the commander of its republican army and eventually its governor. During the course of his extraordinary life he confronted some of the dominant forces of his age - slavery, settler colonialism, imperialism and racial hierarchy. Treacherously seized by Napoleon's invading army in 1802, this charismatic figure ended his days, in Wordsworth's phrase, 'the most unhappy man of men', imprisoned in a fortress in France.

Black Spartacus draws on a wealth of archival material, much of it overlooked by previous biographers, to follow every step of Louverture's singular journey, from his triumphs against French, Spanish and British troops to his skilful regional diplomacy, his Machiavellian dealings with successive French colonial administrators and his bold promulgation of an autonomous Constitution. Sudhir Hazareesingh shows that Louverture developed his unique vision and leadership not solely in response to imported Enlightenment ideals and revolutionary events in Europe and the Americas, but through a hybrid heritage of fraternal slave organisations, Caribbean mysticism and African political traditions. Above all, Hazareesingh retrieves Louverture's rousing voice and force of personality, making this the most engaging, as well as the most complete, biography to date.

After his death in the French fortress, Louverture became a figure of legend, a beacon for slaves across the Atlantic and for generations of European republicans and progressive figures in the Americas. He inspired the anti-slavery campaigner Frederick Douglass, the most eminent nineteenth-century African-American; his emancipatory struggle was hailed by those who defied imperial and colonial rule well into the twentieth. In the modern era, his life informed the French poet Aimé Césaire's seminal idea of négritude and has been celebrated in a remarkable range of plays, songs, novels and statues. Here, in all its drama, is the epic story of the world's first black superhero.

With Black Spartacus, Sudhir Hazareesingh has produced the fourth - and best - biography of Toussaint Louverture since the bicentenary of Haitian independence ... The book deftly tackles the early stages of the slave uprising and gives one of the most convincing accounts yet of Toussaint's likely role in its opening moves.

There is no better literary contribution to the year of Black Lives Matter than Sudhir Hazareesingh's Black Spartacus, an authoritative biography of Toussaint Louverture, who led the successful "slave revolt" in Haiti and paved the way for Haitian independence.

Hazareesingh presents a deeply researched, energetic, and comprehensively reenvisioned study of the extraordinary life and still-growing influence of Haiti's liberator and founding father.

Sudhir Hazareesingh's stellar, deeply engrossing Black Spartacus still thrums with great potential for our contemporary moment. [Toussaint] shines incandescent in Hazareesingh's tour de force, which has brought an immense amount of new material into the general public domain. The distinguished author, who is a fellow at Oxford's Balliol College, previously specialized in French intellectual and cultural history, and admits in his acknowledgements that he had "never ventured into the history of French colonialism in the Caribbean." But there's also an intriguing biographical element- his roots in the Indian ocean island of Mauritius - that has worked rather serendipitously. As far as this reader is concerned, it's that perspective which has wound up yielding the most original and penetrating insights in Black Spartacus.

Based on meticulous research in the French archives, Hazareesingh's scholarship deserves the highest praise.

This book weaves all these threads into a compelling narrative. Reality trumps fiction on every page.

Black Spartacus is a tour de force: by far the most complete, authoritative and persuasive biography of Toussaint that we are likely to have for a long time...an extraordinarily gripping read.

engaging ... a vivid portrait of a complex, captivating and sometimes contradictory leader.

an outstanding biography that breaks fresh ground and scrapes the crust of folklore, and cliché, from the Toussaint story ... scrupulous and absorbing ... After the summer of 2020, there could hardly be a more urgent and valuable book.

a sumptuously produced and beautifully written account of how the city on the Po was the beleaguered last capital of the Roman Empire but managed to grow into the centre of Byzantine power in Italy and the key pivot between East and West at the dawn of the early modern period. This is a fascinating read and a fabulous book, from the gold sheen of its cover to the vibrant colours of the magnificent illustrations.

remarkable ... the sharpest portrait yet of Louverture ... Black Spartacus is a triumph. It takes a nearly impossibly complex history and weaves it into a compelling and accurate narrative that reads like fiction.

This is a balanced, yet sympathetic, biography which throws light on Toussaint's personality and acknowledges the importance of his political ideals ... Toussaint is now a global figure, a byword for Black empowerment, and as such he has become a hero for our times.

This superb new history of Louverture and his legacy portrays Saint-Domingue as the most profitable slave colony the world had ever known ... with rare narrative verve, Hazareesingh conjures his subject's extraordinary life.

Sudhir Hazareesingh's engrossing new life is the story of an island as well as a man ... Hazareesingh brings to the task a voracious appetite for original sources and a discerning ear for those that have the ring of truth. He also has a gift for tracing those threads that reveal a previously unrecognised pattern in the fabric of a life.

Lustrous pearls ... scattered throughout Black Spartacus, turn this detailed, blow-by-blow account of Toussaint's military exploits into a dazzling, complicated narrative ... a breath-taking picture of the decade of Toussaint's dream