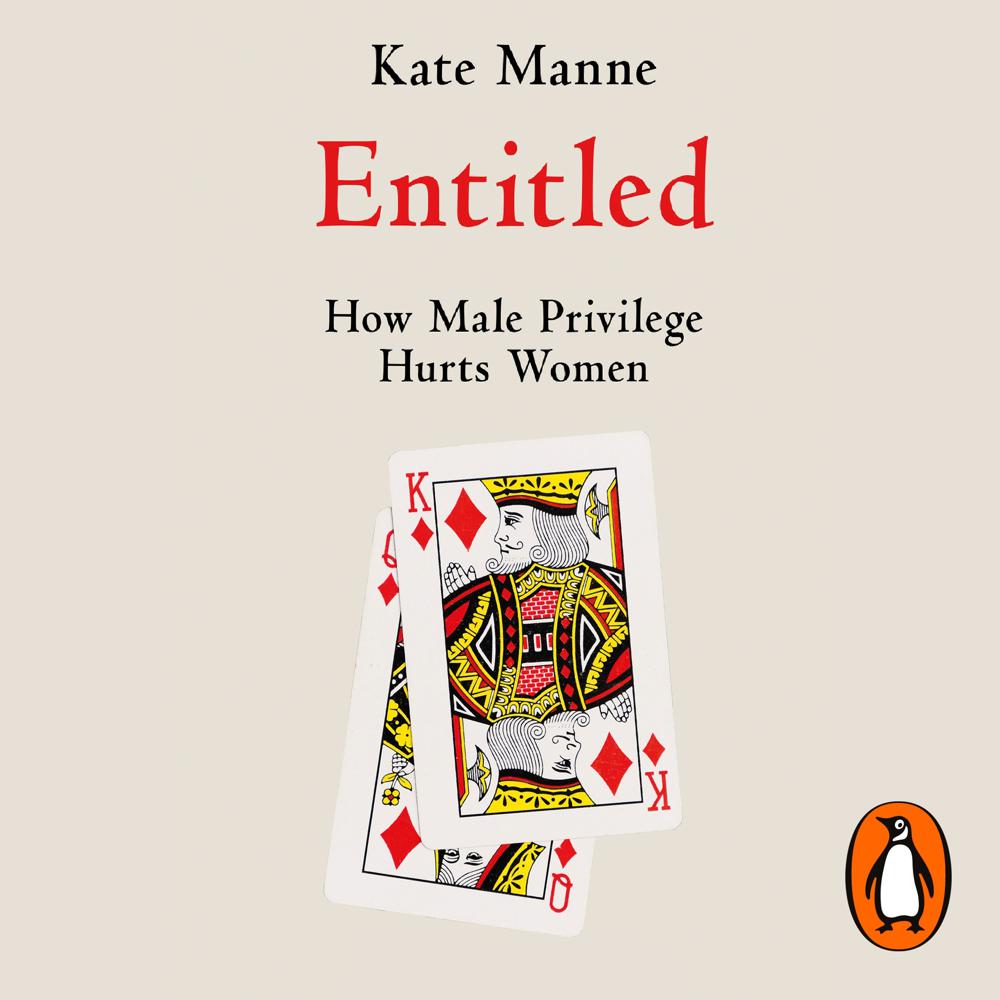 In clear-sighted, powerful prose, she ranges widely across the culture -- from the Kavanaugh hearings and 'Cat Person' to Harvey Weinstein and Elizabeth Warren -- to show how the idea that a privileged man is tacitly deemed to be owed something is a pervasive problem. Male entitlement can explain a wide array of phenomena, from mansplaining and the undertreatment of women's pain to mass shootings by incels and the seemingly intractable notion that women are 'unelectable'. The consequences for girls and women are often devastating.

As Manne shows, toxic masculinity is not just the product of a few bad actors; we are all implicated, conditioned as we are by the currents of our time. With wit and intellectual fierceness, she sheds new light on gender and power and offers a vision of a world in which women are just as entitled as men to be cared for, believed and valued.

I want to press it on every schoolgirl who thinks that feminism is uncool, any woman who thinks the most important gender battles are won, pretty much every man I know, and say, have you thought about this?

With perspicacity and clear, jargon-free language, Manne keeps elevating the discussion to show how male privilege is an entire moral framework... The rage and sadness of the book is lifted by the final chapter in which she addresses her unborn daughter, wishing for her all the things she should feel entitled to... For Manne's daughter and many others, this book will make that fight a little bit easier

Entitled presents a paradigm that maps neatly onto life in lockdown. . . Once again, Manne's work is speaking to a moment that she could not have foreseen. . . Her concept of entitlement is versatile and useful; like the theory of gravity, it has equal power in explaining phenomena both big and small

Kate Manne is the Simone de Beauvoir of the 21st century

Entitled is not just timely, but timeless -- sure to be part of the feminist canon

Entitled is not just timely, but timeless-sure to be part of the feminist canon.

Kate Manne continues to be a thrilling and provocative feminist thinker, who helps readers make sense of how power and privilege is distributed along gendered lines. Her work is indispensable.

Entitled is a clarion call to undo the intimate ravages of patriarchy. With probing clarity, Manne analyzes both the explicit and implicit ways that advantage and preference are granted to elite men, to the detriment of our families, communities and democracy, and makes it strikingly clear that we all have a direct role in pursuing a feminist future.

Kate Manne is among the greatest political philosophers of her generation. Her work is clear, compelling and intellectually devastating, and it matters to everyone who cares about thinking a way through to a better future.

Kate Manne has a special talent for articulating and expanding on the implicit norms of patriarchal society-and the damage those norms wreak on its citizenry. Entitled is electric.

With eloquent prose and irrefutable evidence, Kate Manne gives voice to a twenty-first century rage. Entitled builds on Manne's earlier work on the forces of systemic patriarchy and the eternal frustration felt by generations of women forced year after year to fight for egalitarianism at the most fundamental levels. One of our most prophetic and gifted feminist voices today, Manne's work is as necessary as sunlight. Your anger may not be quelled by the final page, but at least you'll feel less alone ... A staggering, timely read.

In Entitled, Kate Manne gets right to the heart of gender, power, and inequality: What men presume they deserve, and what women learn we owe. The result is an unflinching indictment of male entitlement in nearly every aspect of modern life. Entitled is exactly what we need to understand our current moment-and to imagine something better.

Kate Manne is the Simone de Beauvoir of the 21st century. In Entitled, she compellingly lays out the stubborn social assumptions behind our still-sexist cultural norms. Manne's writing is as breezy as it is sharp and unflinching, and will give any patriarchy-fighter the ammo she needs to keep fighting.

Kate Manne's brilliant breakdown of male entitlement is essential to understanding the world we live in. Her thinking about this critical and complex topic is characteristically incisive, perceptive, and profound. Now, more than ever, Entitled is an absolute must-read!

Kate Manne tackles the kaleidoscopic manifestations of male entitlement with insights as invigorating as her subject matter is frustrating. Her thinking is so elegant and her theory of male entitlement as a symptom of a moral economy in which women are perpetually in men's debt is so groundbreaking that the book is sure to spark and inspire other feminist writers. Entitled is the work of a once-in-a-generation mind, and as always, Manne succeeds in leaving feminism richer and more robust than when she found it.

Entitled is a painful book that sets things right. Manne guides us through some of the most violent traumas our culture has to offer women, starting with #MeToo creeps and murderous incels and descending from there through just about every level of female Hell. Yet Manne's marvelous clarity and cool in the face of the unthinkable, her habit of crystallizing unspeakable problems into simple sentences that stay with you for years, makes her the most trustworthy possible guide through this house of horrors. One of the most essential voices of our times.

Challenging, controversial, wide-ranging, and powerful, the eminent young philosopher Kate Manne brings to bear her well-known theory of patriarchy and misogyny on a range of contemporary issues, providing powerful evidence of its ubiquity and pervasiveness on everything from our ordinary interchanges with one another to our health care systems and elections.

In lucid prose, Kate Manne illustrates how male entitlement-to sex, power, and knowledge; to women's care, doctors' attention, and the benefit of the doubt-undergirds misogyny. Examining the special effects of misogynoir and transmisogyny alongside hostile behaviors that keep all women and non-binary people 'in their place,' Manne provides a thorough (if by no means exhaustive) look at the ways we prioritize cis men's needs and desires, to the detriment of half the population.

Manne's like a pathologist wielding a scalpel, methodically dissecting various specimens of muddled argument to reveal the diseased tissue inside . . . it's thrilling to read

Entitled is a brilliant analysis of the systematic advantages and prerogatives awarded to men for nothing more than being men. Its deep engagement with real-world examples, eloquent prose, and compelling arguments provide a corrective lens through which to view the world without the blur and distortion that we don't even notice. This is the world we live in, and although the clarity can be painful, Manne also provides reason for hope.

A lively yet forensic analysis of systemic misogyny. . . Entitled is the perfect guide to fight an imperfect world

The visionary author of Down Girl returns with a bracing and brilliant study of male entitlement, bound to become a cornerstone of contemporary feminist canon. . . Manne interrogates how entitlement gives rise to misogynist violence, making for a perceptive, precise, and gut-wrenching account of a social framework with devastating consequences