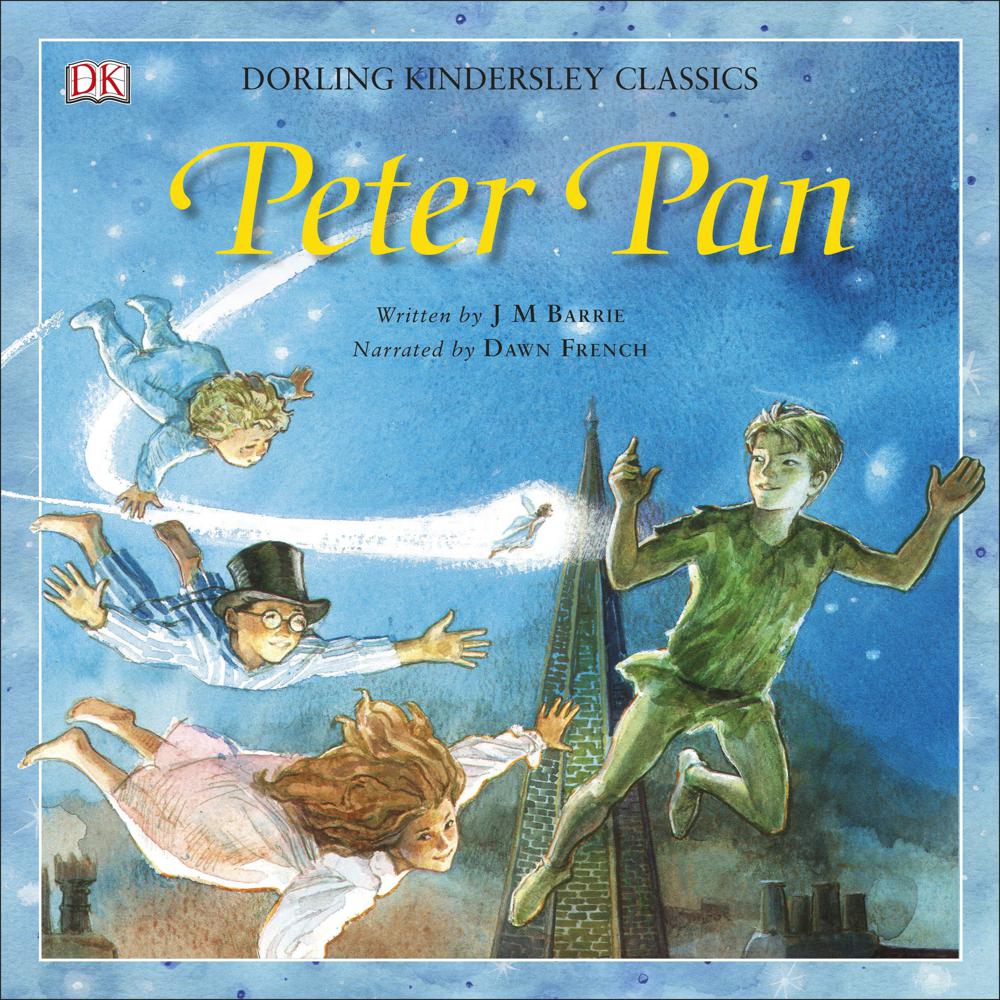 Originally introduced in 1902 in another Barrie novel, The Little White Bird, Peter's story was expanded as a standalone novel in 1911 and since then has been memorably adapted for the movies, for television, and for the stage. The story's emotional truths about youth, freedom, and responsibility continue to touch the heart and thrill the imagination. Barrie works an indisputable magic on listeners of all ages in this classic tale.

Peter grows up in Neverland, along with the Lost Boys and the fairy Tinker Bell, after falling out of his pram. Years later, Peter visits England where he meets Wendy, John and Michael Darling, all of whom accompany Peter to Neverland. There they have many adventures, meeting mermaids and fighting pirates, most notably, Captain Hook.

Brought to life by British actress, writer, comedian and presenter, Dawn French, who is best known for starring in and writing for the BBC comedy sketch show French and Saunders with comedy partner Jennifer Saunders and for playing the lead role as Geraldine Granger in the BBC sitcom The Vicar of Dibley.