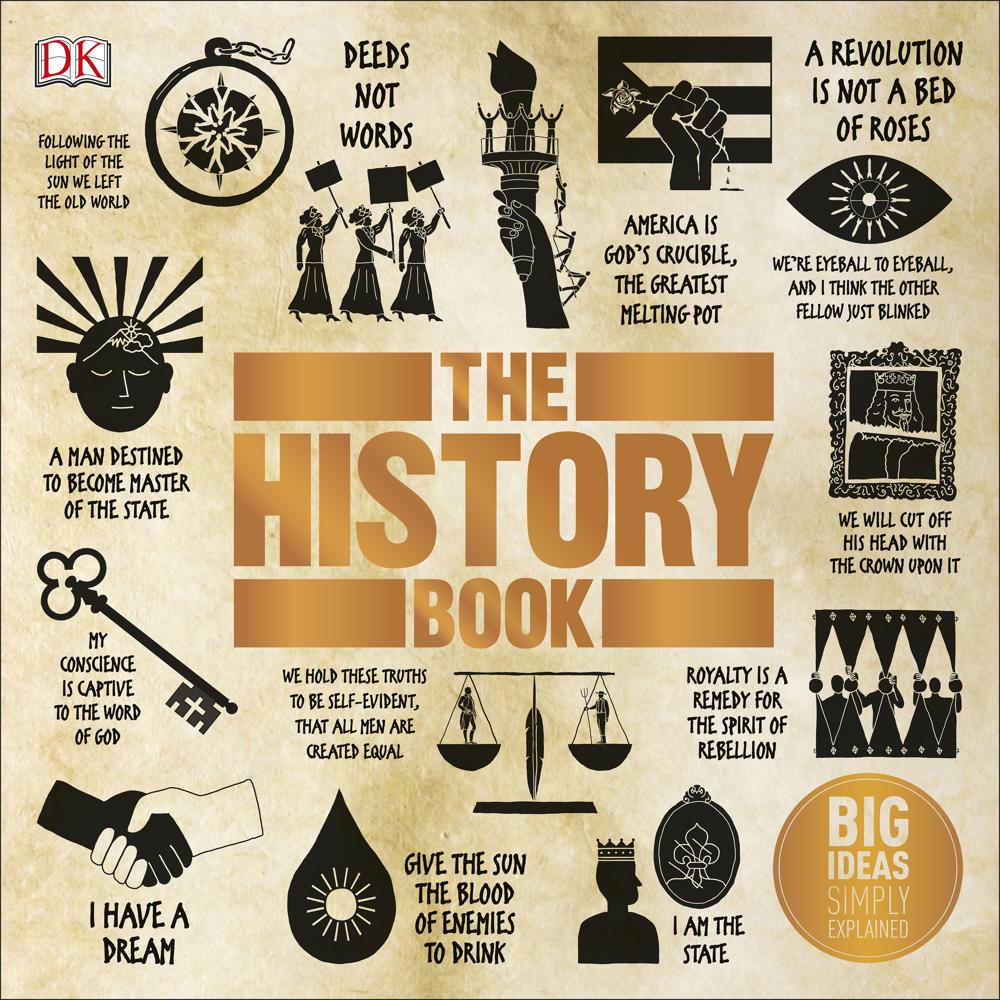 Discover the key themes and big ideas behind more than 80 of the world's most important historical events - from the dawn of civilization to the 21st century.

From the origins of Homo sapiens to the Space Race, and from the French Revolution to the Digital Revolution, this instalment in the bestselling Big Ideas series offers an essential exploration of the human timeline up to and including the rise of modern Islam, the world wide web, and the global financial crisis.
Making big historical ideas accessible and easy to understand, with stunning facts and memorable quotes, The History Book audiobook is perfect for students, adults, or anyone who wants to travel back in time and understand the fascinating past of mankind.

Narrated by Gordon Griffin, a prolific audiobook narrator who, for many years, has been a voiceover specialist recording over eight hundred and fifty audiobooks. AudioFile Magazine wrote: "Griffin is not just a narrator, but an artist of the Spoken Word. He is in the top five of the most borrowed audiobook narrators in the world." In 2017, Griffin was appointed MBE in the Queen's Birthday Honours List 'For services to People with Sight Impairment'.