Story of My Experiments with Truth: An Autobiography
M.K. Gandhi 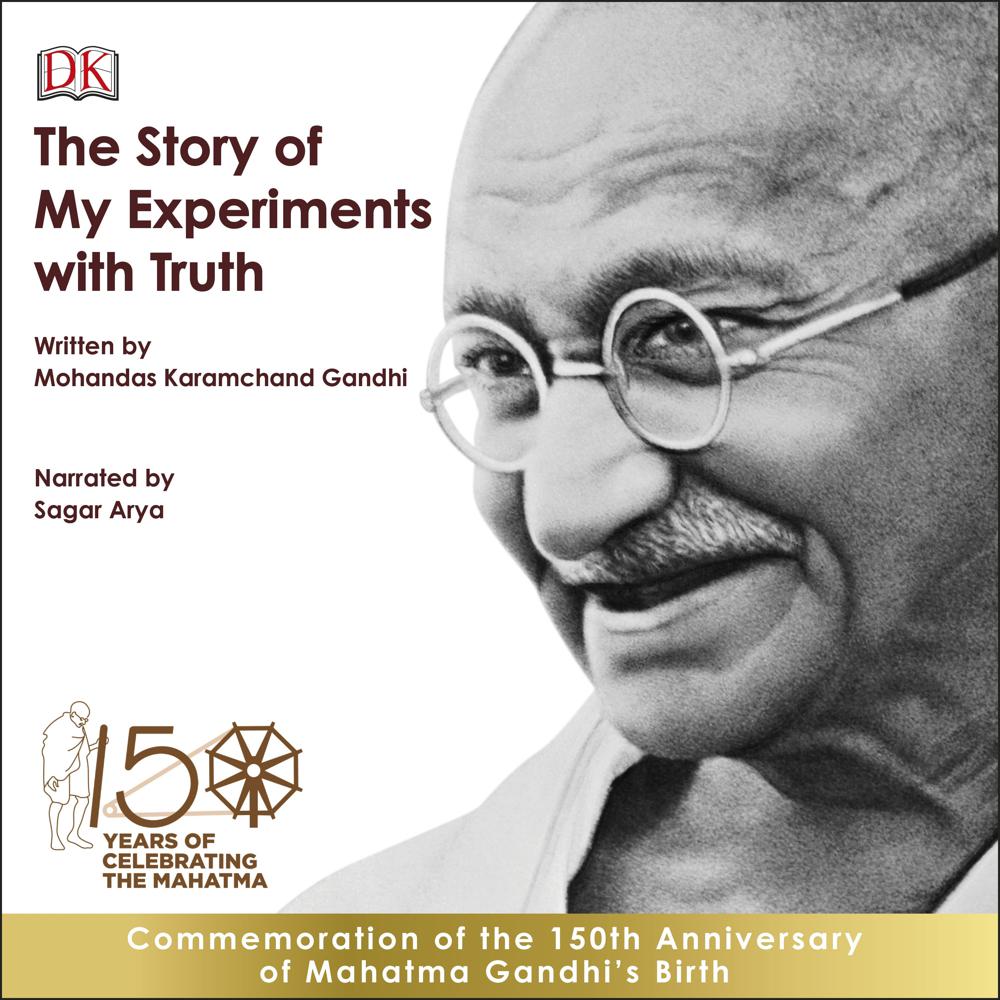 To mark the 150th anniversary of Gandhi's birth, DK presents the audiobook of The Story of My Experiments with Truth: An Autobiography, narrated by Sagar Arya.

Gandhi's non-violent struggles against racism, violence, and colonialism in South Africa and India had brought him to such a level of notoriety and adulation that when asked to write an autobiography midway through his career, he took it as an opportunity to explain himself.

He feared the enthusiasm for his ideas tended to exceed a deeper understanding of his quest for truth rooted in devotion to God. His attempts to get closer to this divine power led him to seek purity through simple living, dietary practices, celibacy, and a life without violence.

This is not a straightforward narrative biography. In The Story of My Experiments with Truth: An Autobiography, Gandhi offers his life story as a reference for those who would follow in his footsteps.

A well-known Indian actor, Sagar Arya has narrated over 35 audiobooks, including White Teeth by Zadie Smith, Love Like Blood by Mark Billingham and audiobooks by Amish, and he brings his wealth of knowledge to this production. His television credits include A Touch of Frost, Hunted, Spooks, Casualty and Holby City. He appeared as Claudio in RSC's Much Ado About Nothing, as well as Twelfth Night (West End), The Great Game (Tricycle) and A Fine Balance (Hampstead).

A colossal contribution to Gandhi scholarship . . . This edition will be read and discussed for generations to come

This edition is unlikely to be surpassed in value. . . . Tridip Suhrud is the gold standard in scholarship

A most welcome addition to serious Gandhi scholarship