End of Everything
Katie Mack 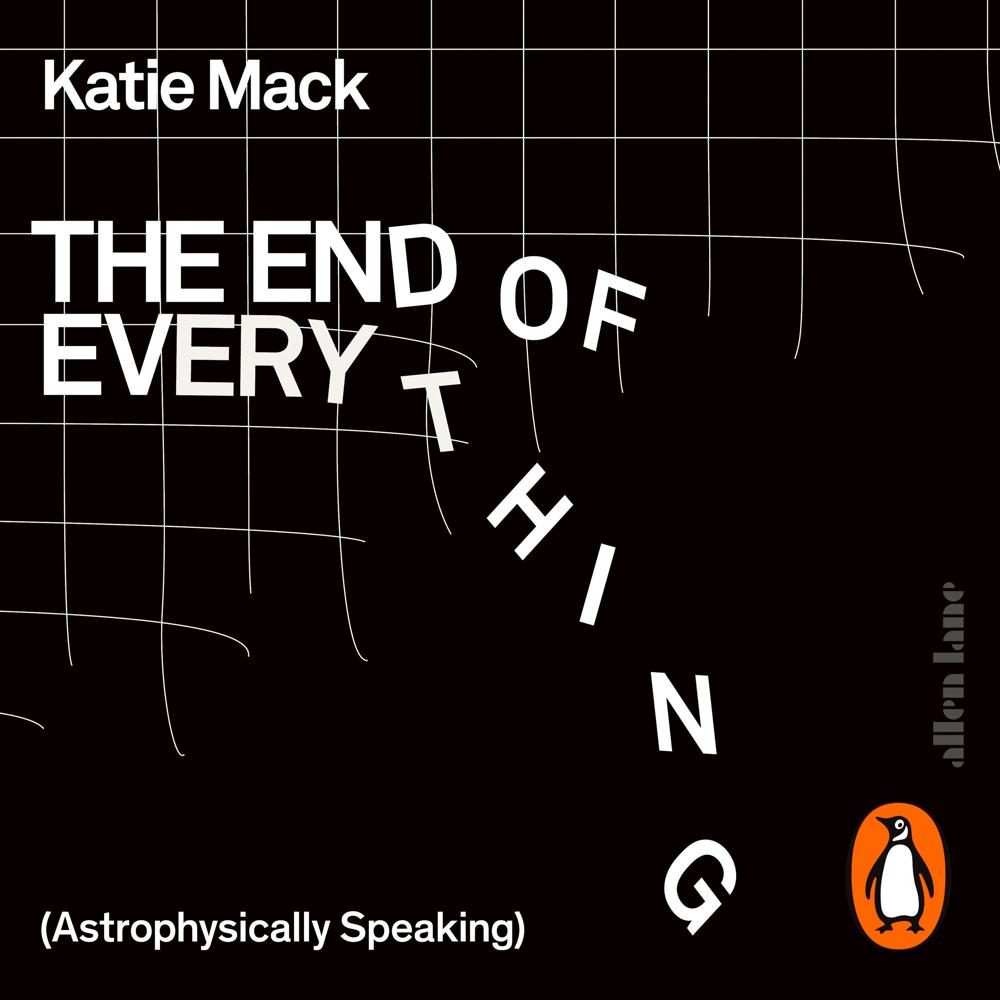 We know the universe had a beginning. But what happens at the end of the story?

With lively wit and wry humour, astrophysicist Katie Mack takes us on a mind-bending tour through each of the cosmos' possible finales: the Big Crunch, Heat Death, Vacuum Decay, the Big Rip and the Bounce. Guiding us through major concepts in quantum mechanics, cosmology, string theory and much more, she describes how small tweaks to our incomplete understanding of reality can result in starkly different futures. Our universe could collapse in upon itself, or rip itself apart, or even - in the next five minutes - succumb to an inescapable expanding bubble of doom.

This captivating story of cosmic escapism examines a mesmerizing yet unfamiliar physics landscape while sharing the excitement a leading astrophysicist feels when thinking about the universe and our place in it. Amid stellar explosions and bouncing universes, Mack shows that even though we puny humans have no chance of changing how it all ends, we can at least begin to understand it.

The End of Everything is a wildly fun, surprisingly upbeat ride to the farthest reaches of all that we know.

Katie Mack is a great scientist, a passionate inquirer of nature, a great companion in this exploration, full of wit and lightness. I have learned from her plenty of things I did not know. And I have found myself staring out of the window, meditating about the end of it all

One of the most popular voices on science. . . Katie Mack achieves two improbable feats. First, she writes about the end of the universe with a jauntiness that makes it not actually that depressing. And second, she takes concepts in cosmology, string theory and quantum mechanics and makes them accessible

The End of Everything by Katie Mack is no apocalyptic vision but an engrossing and often funny tour of all the ways our cosmos might come to a close. Mack's enjoyment of physics stands out - and is contagious. She describes primordial black holes as "awfully cute in a terrifying theoretical kind of way", antimatter as "matter's annihilation-happy evil twin" and the universe as "frickin' weird". All true, and Mack's explanations are entertaining and informative

Despite her solemn theme, Mack's humour and eclectic references (from Shakespeare to 'Battlestar Galactica') carry the book along. Even through discussions of cutting-edge science, the general reader is never bewildered

An engrossing, elegant timeline of the cosmos. . . Mack sprinkles in delightful esoterica along the way, while providing a guide to some of the most plausible scenarios about the end of the universe'

Mack is a great science communicator and I suspected I was going to like this book as soon as I saw her name. I am pleased to say it does not disappoint

An enthusiastic celebration of the fact that we exist at all, here, right now, and are able to wonder about such stuff. . . By introducing concepts such as entropy and heat death with metaphors of unscrambling eggs or your coffee going cold, she takes the reader from the cosmos to the kitchen, and Mack's true skill is to do all this without a whiff of condescension or self-importance. . . while dealing with many of the same mind-bending cosmic conundrums, she succeeds brilliantly where Hawking and his editors failed

Tremendous... makes me laugh the kind of laugh that puts doom in perspective. How useful! I feel weirdly lulled when I read about all the many ravishing ways the universe might, and will, end

In which everything ends, or doesn't, with bangs and whimpers. Like many good serious books, it's also funny