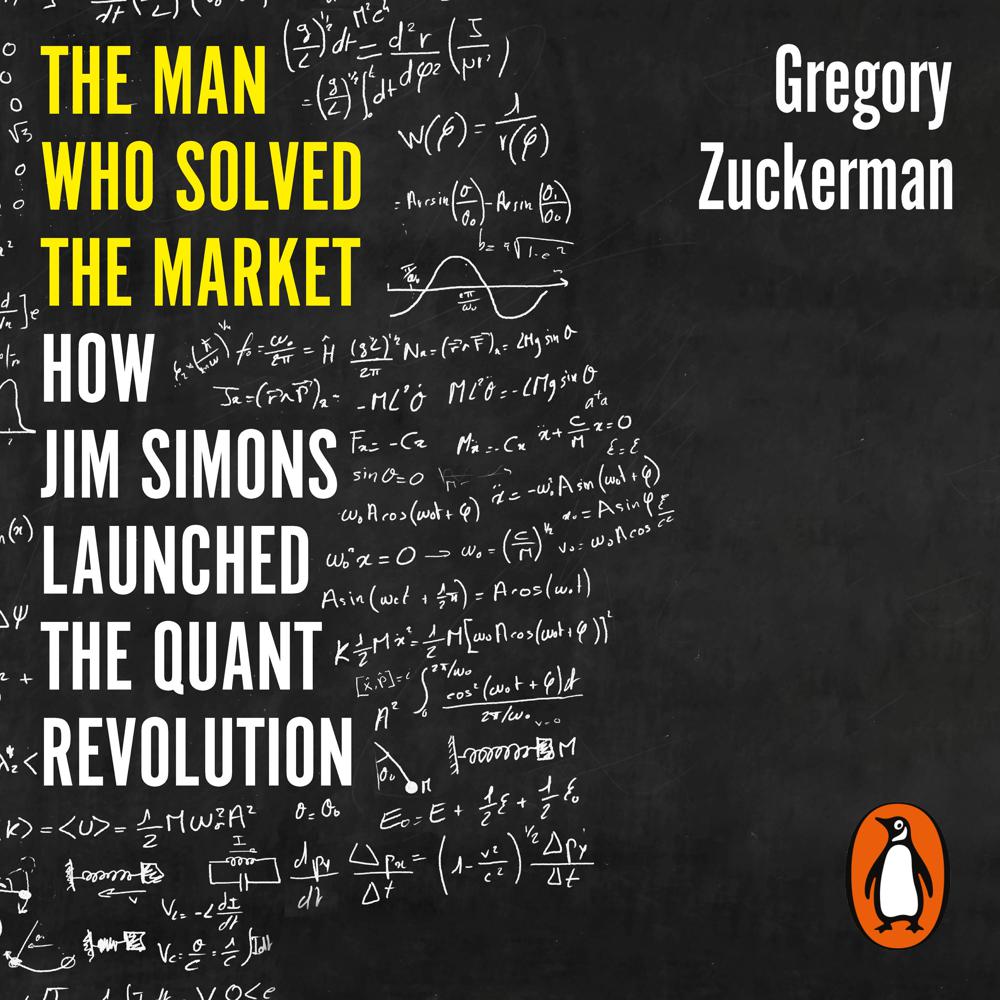 SHORTLISTED FOR THE FT AND MCKINSEY BUSINESS BOOK OF THE YEAR AWARD 2019
The first and fascinating look into the mind of Jim Simons, the shy billionaire who revolutionized Wall Street

Jim Simons is the greatest moneymaker in modern financial history. His record bests those of legendary investors, including Warren Buffett, George Soros and Ray Dalio. Yet Simons and his strategies are shrouded in mystery. The financial industry has long craved a look inside Simons's secretive hedge fund, Renaissance Technologies and veteran Wall Street Journal reporter Gregory Zuckerman delivers the goods.

After a legendary career as a mathematician and a stint breaking Soviet codes, Simons set out to conquer financial markets with a radical approach. Simons hired physicists, mathematicians and computer scientists - most of whom knew little about finance - to amass piles of data and build algorithms hunting for the deeply hidden patterns in global markets. Experts scoffed, but Simons and his colleagues became some of the richest in the world, their strategy of creating mathematical models and crunching data embraced by almost every industry today.

As Renaissance became a major player in the financial world, its executives began exerting influence on other areas. Simons became a major force in scientific research, education and Democratic politics, funding Hilary Clinton's presidential campaign. While senior executive Robert Mercer is more responsible than anyone else for the Trump presidency - he placed Steve Bannon in the campaign, funded Trump's victorious 2016 effort and backed alt-right publication Breitbart. Mercer also impacted the success of the Brexit campaign as he made significant investments in Cambridge Anatlytica. For all his prescience, Simons failed to anticipate how Mercer's activity would impact his firm and the world.

In this fast-paced narrative, Zuckerman examines how Simons launched a quantitative revolution on Wall Street, and reveals the impact that Simons, the quiet billionaire king of the quants, has had on worlds well beyond finance.
'Reads more like a delicious page-turning novel...Put it on your holiday gift list for your favourite hedge-fund honcho' Bloomberg

A terrific book, a terrific read... I recommend it highly... It's a hell of a story

Leave it to the Wall Street Journal's Greg Zuckerman to lay open the golden mysteries of quantitative investing. With this fine, humane, and eye-opening book, he's well and truly broken the code

Gregory Zuckerman lifts the lid on the most fascinating man in financial markets...superb reporting

A gripping biography of investment game changer Jim Simons... readers looking to understand how the economy got where it is should eat this up

The fascinating, page-turning tale of a complicated man and the movement he started, rendered in accessible prose and full of bravura storytelling

One of Inc.com's Top 20 Business and Leadership Books of the Year 2019

So compelling, filled with so many fascinating characters and new information... The book reads more like a delicious page-turning novel... Destined to become an instant classic...my nominee for financial book of the year

An extremely well-written and engaging book . . . a must read, and a fun one at that

Zuckerman vividly tells the story of how Jim Simons and his team of scientists developed the most successful quantitative trading operation in history. . . . Immensely enjoyable

Tells a surprisingly captivating story. It turns out that a firm like Renaissance, filled with nerdy academics trying to solve the market's secrets, is way more interesting than your typical greed-is-good hedge fund