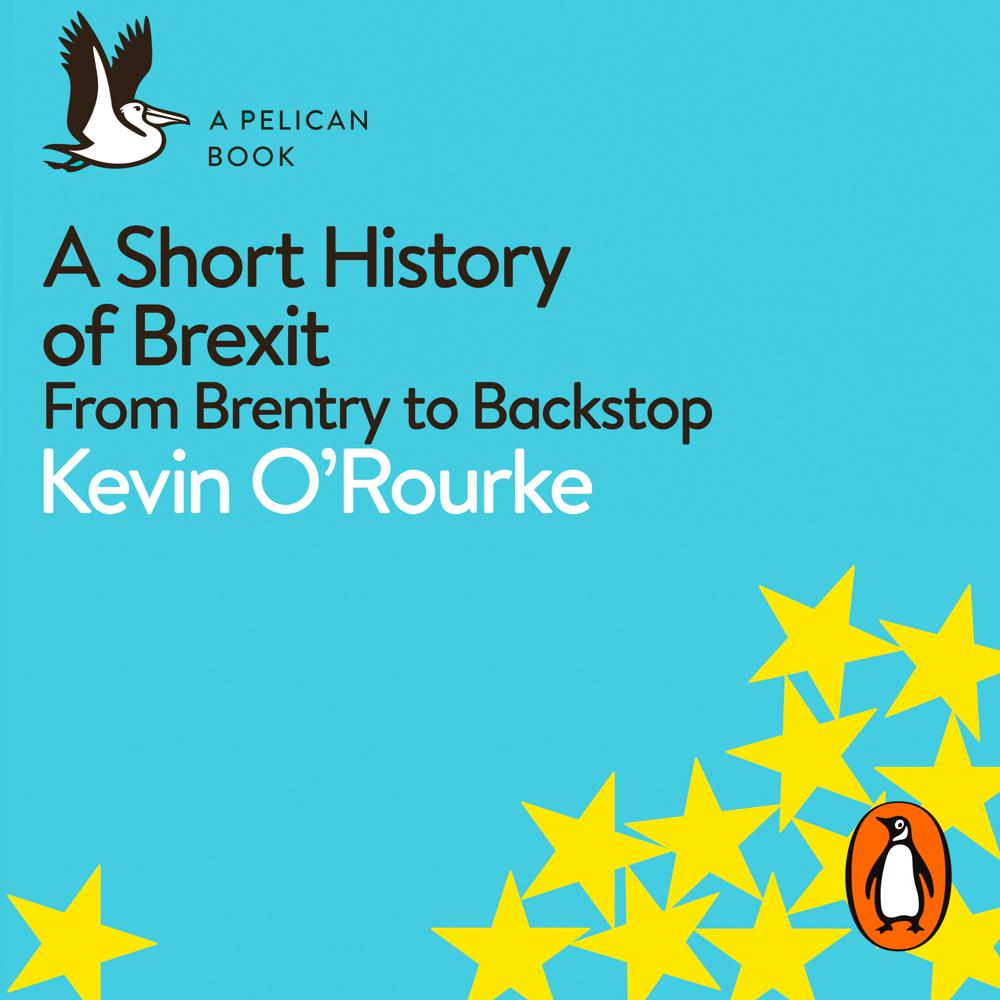 After all the debates, manoeuvrings, recriminations and exaltations, Brexit is upon us. But, as Kevin O'Rourke writes, Brexit did not emerge out of nowhere: it is the culmination of events that have been under way for decades and have historical roots stretching back well beyond that. Brexit has a history.

O'Rourke, one of the leading economic historians of his generation, explains not only how British attitudes to Europe have evolved, but also how the EU's history explains why it operates as it does today - and how that history has shaped the ways in which it has responded to Brexit. Why are the economics, the politics and the history so tightly woven together? Crucially, he also explains why the question of the Irish border is not just one of customs and trade, but for the EU goes to the heart of what it is about. The way in which British, Irish and European histories continue to interact with each other will shape the future of Brexit - and of the continent. Calm and lucid, A Short History of Brexit rises above the usual fray of discussions to provide fresh perspectives and understanding of the most momentous political and economic change in Britain and the EU for decades.

Valuable on the backstory is Kevin O'Rourke's A Short History of Brexit (Pelican). As an Irish historian who divides his time between a French village and All Souls College, Oxford, O'Rourke is a quintessential Remainer; but he's not blind to the EU's supranational ambitions.

Anyone who has found themselves newly politicised by the convulsions of British politics in general or Brexit in particular will find this a handy primer on the events and undercurrents that led to our present discontent. Anyone who is familiar with that history will find something they knew, but hadn't fully appreciated.

Crisp, clear and quietly devastating ... It might indeed be questioned whether such a project is worth doing while the outcome is so uncertain. But O'Rourke's book provides a bracing and absorbing answer. As he puts it towards the end, Brexit has already been "a hugely informative, if costly, civics lesson for the people of Britain, Ireland, and the rest of Europe" and he is superbly well fitted to draw out that lesson for the general reader.

The 2016 referendum already feels so long ago that it is hard to remember that a longer story was erased and forgotten amid the fevered claims of £350m, 80m Turks and the 'easiest' deal in history. Kevin O'Rourke painstakingly lays out the facts in A Short History of Brexit

He recounts the history of British involvement with Europe over the last 60 years with unique concision and clarity. He searches for the motivations behind the Brexit vote, parsing arguments that it was the inevitable result of structural economic factors, that it stemmed from a misplaced backlash against rising inequality, or that it was just a fluke brought about by political miscalculation and opportunism. Ever the professor, O'Rourke hints that all these views contain some truth.

A Short History of Brexit couldn't have come at a better time ... an excellent and authoritative exploration of the roads to Brexit, one that is erudite, rigorous and highly readable