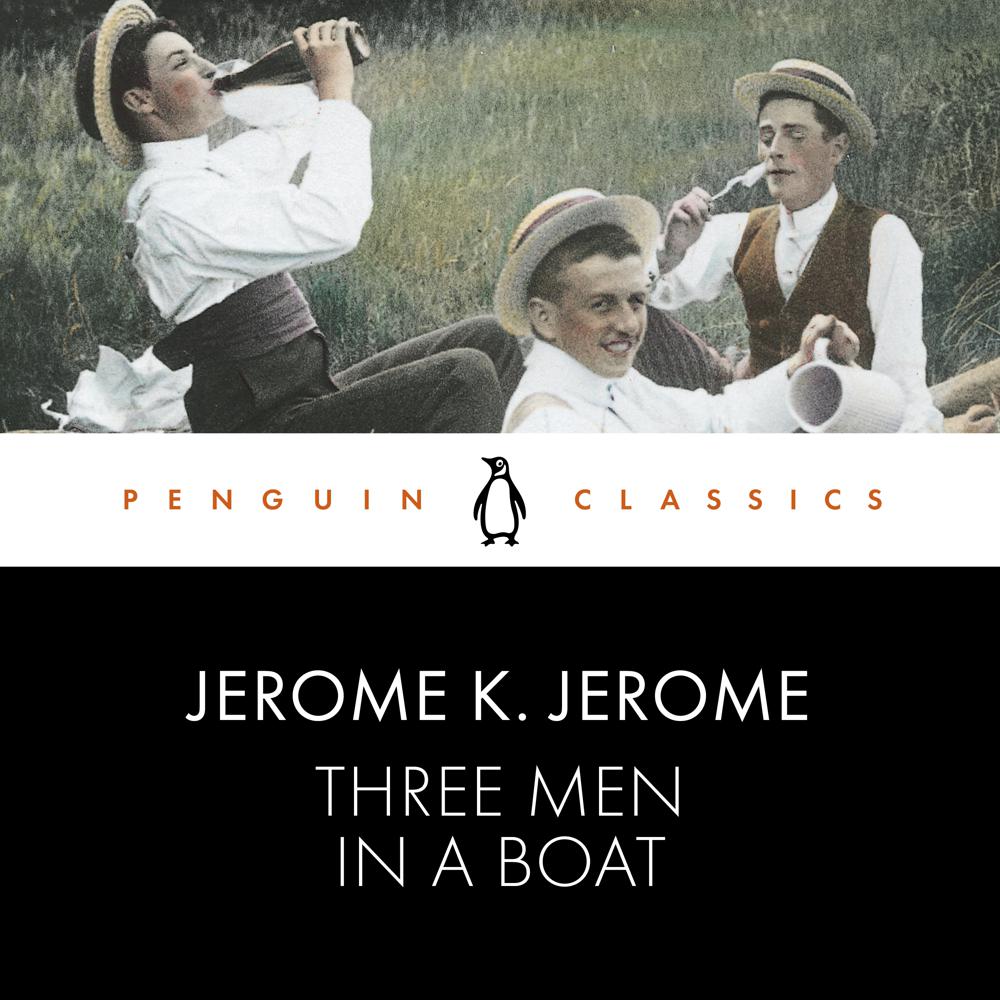 This Penguin Classic is performed by Blake Harrison, star of The Inbetweeners, also known for his roles on screen in A Very English Scandal and Todd Margaret, as well as on London's West End in Waitress. This definitive recording includes an Introduction by David Carroll.

Martyrs to hypochondria and general seediness, J. and his friends George and Harris decide that a jaunt up the Thames would suit them to a 'T'. But when they set off, they can hardly predict the troubles that lie ahead with tow-ropes, unreliable weather-forecasts and tins of pineapple chunks - not to mention the devastation left in the wake of J.'s small fox-terrier Montmorency. Three Men in a Boat was an instant success when it appeared in 1889, and, with its benign escapism, authorial discursions and wonderful evocation of the late-Victorian 'clerking classes', it hilariously captured the spirit of its age.