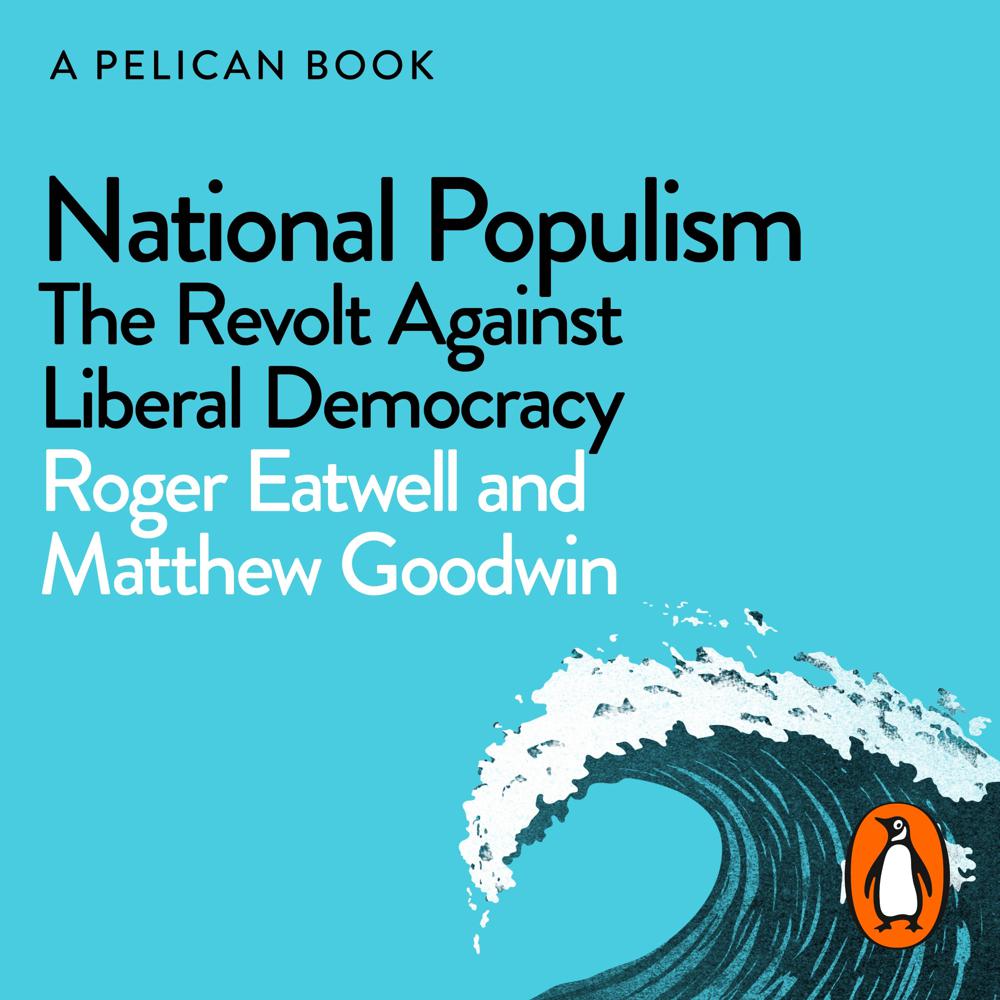 Penguin presents the audiobook edition of National Populism: The Revolt Against Liberal Democracy, A Pelican Book, written by Roger Eatwell and Matthew Goodwin and read by Matthew Goodwin.

A crucial new guide to one of the most urgent political phenomena of our time: the rise of national populism

Across the West, there is a rising tide of people who feel excluded, alienated from mainstream politics, and increasingly hostile towards minorities, immigrants and neo-liberal economics. Many of these voters are turning to national populist movements, which have begun to change the face of Western liberal democracy, from the United States to France, Austria to the UK.

This radical turn, we are told, is a last howl of rage from an aging electorate on the verge of extinction. Their leaders are fascistic and their politics anti-democratic; their existence a side-show to liberal democracy. But this version of events, as Roger Eatwell and Matthew Goodwin show, could not be further from the truth.

Written by two of the foremost experts on fascism and the rise of national populism, this lucid and deeply-researched book is a vital guide to our transformed political landscape. Challenging conventional wisdoms, Eatwell and Goodwin make a compelling case for serious, respectful engagement with the supporters and ideas of national populism - not least because it is a tide that won't be stemmed anytime soon.

Superb ... one of the best of the post-Trump analyses

Intelligent, counterintuitive ... [ranging] far beyond Brexit and Britain ... they put a parochial debate in a much bigger context

Readers may feel threatened by a rising tide of populism, but what, exactly, is it? National Populism offers penetrating and emancipating answers

Eatwell and Goodwin rightly point out that the UK's political and economic system is, for many people, broken

Convincing, powerful and very definitely worth a read

A useful corrective... it demolishes the myth that young people aren't attracted to the populist right

Valuable ... A finely organised, lucid explanation of the elements presently constituting the most dynamic political movements in Europe and the US

Compelling ... Eatwell and Goodwin do a good job of demolishing lazy stereotypes about Trump and Brexit supporters being almost exclusively white and old ... Measured and insightful

A fascinating new study ... the authors analyse the long-term demographic and socioeconomic trends shaping our age of upheaval. The attraction of this book lies in its cool, dispassionate tone. The authors intend to explain and inform rather than polemicise

Unlike other authors, they do not write to warn and condemn, but to understand the movement ... Populist leaders are confrontational, mendacious and ruthless -- but those who follow them need to have their fears, resentments and beliefs addressed

Informative and often compelling, providing clarity around a number of key debates within political science and political theory [...] Usefully, they provide copious evidence that rightwing populism has been a long time in the making.

An invaluable guide to the new politics of revolt ... Eatwell and Goodwin draw attention to the historic problem that liberalism has faced in accepting democracy. They give us the theoretical framework to understand national populism's rise ... Compelling

A reality check to any clinging to the hope that populism is a passing political squall ... Goodwin is one of the few academics to be vindicated by the political trends of the past few years. With a forensic grasp of the detail, Eatwell and Goodwin show how commentators have succumbed to "stereotypes that correspond with their outlook" rather than evidence-based conclusions

A provocative book, well worth reading

An important and stimulating book .. well written, well argued, highly accessible to the lay reader, and mercifully free of political science jargon ... it leaves room for optimism for the future of our country