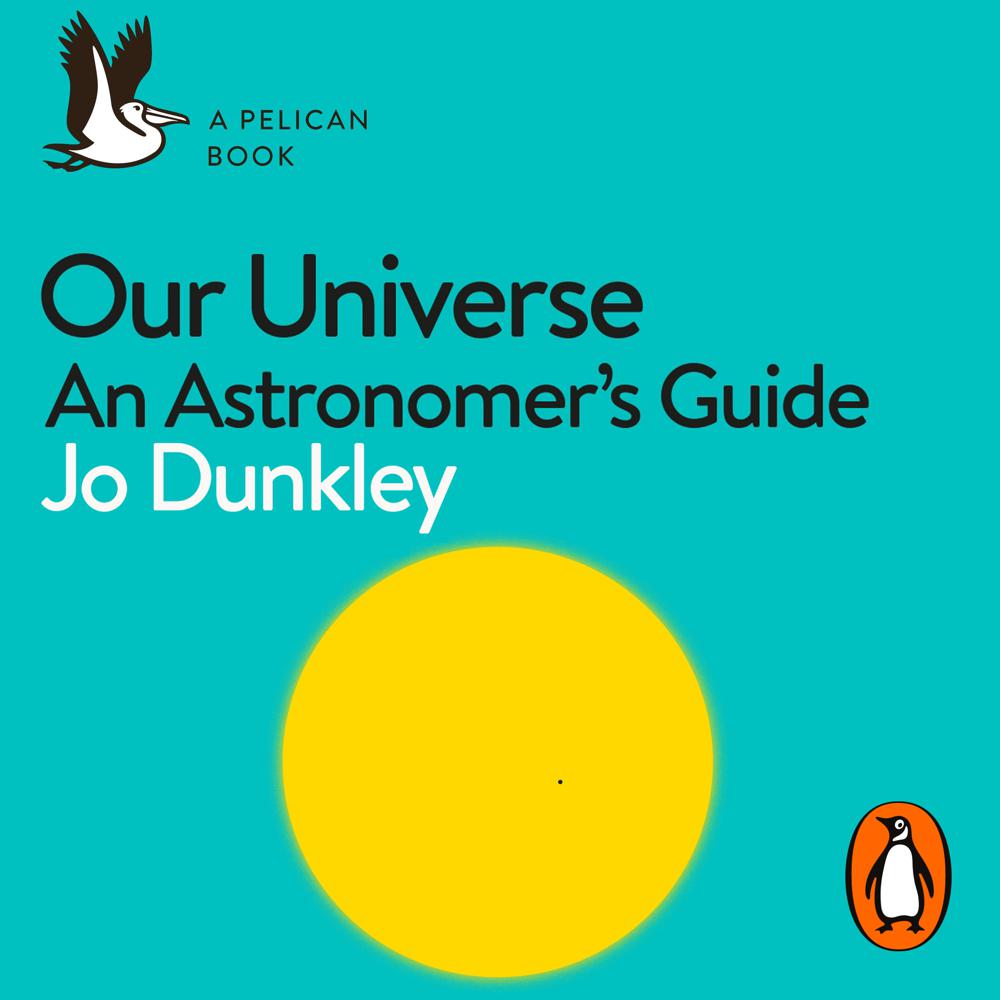 Penguin presents the audiobook edition of Our Universe, A Pelican Book, written and read by Jo Dunkley.

The night sky is an endless source of wonder and mystery. For thousands of years it has been at the heart of scientific and philosophical inquiry, from the first star catalogues etched into ancient Mesopotamian clay tablets to the metres-wide telescopes constructed in Chile's Atacama Desert today. On a clear night it is hard not to look up and pick out familiar constellations, and to think of the visionary minds who pioneered our understanding of what lies beyond.

In this thrilling new guide to our Universe and how it works, Professor of Astrophysics Jo Dunkley reveals how it only becomes more beautiful and exciting the more we discover about it. With warmth and clarity, Dunkley takes us from the very basics - why the Earth orbits the Sun, and how our Moon works - right up to massive, strange phenomena like superclusters, quasars, and the geometry of spacetime. As she does so, Dunkley unfurls the history of humankind's heroic journey to understand the history and structure of the cosmos, revealing the extraordinary, little-known stories of astronomy pioneers including Williamina Fleming, Vera Rubin and Jocelyn Bell Burnell.

Illuminating and uplifting, this is your essential guide to the biggest subject of all.

Cosmology and the universe, Popular astronomy and space, Solar system: the Sun and planets, Astrophysics, Theoretical and mathematical astronomy

Jo Dunkley is an amiable guide to the universe, but there's no dawdling in this fast-paced tour. This slender volume whisks you from our own blue marble out to the edge of the universe and the beginning of time. Dunkley is especially good at explaining how the whispers from the Big Bang itself tell us about dark matter and dark energy and hint at its explosive origin in cosmic inflation.

A clear and comprehensible account of astronomers' current theories of the solar system and the universe. Authoritative, informative, and elegantly written.

Dunkley must be one of the youngest and brainiest female astrophysics professors on the planet ... As Professor of Physics and Astrophysical Sciences at Princeton University, Dunkley researches the history of the universe, how space is changing, what stars are made of and the nature of dark matter. Her book is an attempt to simplify this enormously complex subject and, written in a style not unlike Carlo Rovelli's bestselling Seven Brief Laws on Physics, there are no equations, no maths and relatively little jargon

This luminous guide to the cosmos encapsulates myriad discoveries. Astrophysicist Jo Dunkley swoops from Earth to the observable limits, then explores stellar life cycles, dark matter, cosmic evolution and the soup-to-nuts history of the Universe. No less a thrill are her accounts of tenth-century Persian astronomer Abd al-Rahman al-Sufi, twentieth- and twenty-first-century researchers Subrahmanyan Chandrasekhar, Jocelyn Bell Burnell and Vera Rubin, and many more.

This book is simply superb - beautifully written and very clear. It incorporates all the major recent results, and indicates what might come from telescopes now being built.

Jo Dunkley is an internationally acclaimed cosmologist. She is also a fine expositor, and this book splendidly conveys what we've learnt about the universe, and the exhilarating progress we can expect in coming decades.

Dunkley takes us on an electrifying journey through our universe, elegantly weaving together history and the latest scientific discoveries. On her way, she subtly restores all the forgotten women scientists to their rightful places in what has been a male-dominated story until now.

A grand overview of modern cosmology from one of the leaders in the field. Dunkley guides us through astronomical history, at every stage explaining the twists and turns and surprises, right up to the most recent discoveries. Readers will have a real appreciation of the most exciting developments in astrophysics of the last millennium, the last century, and the last year.