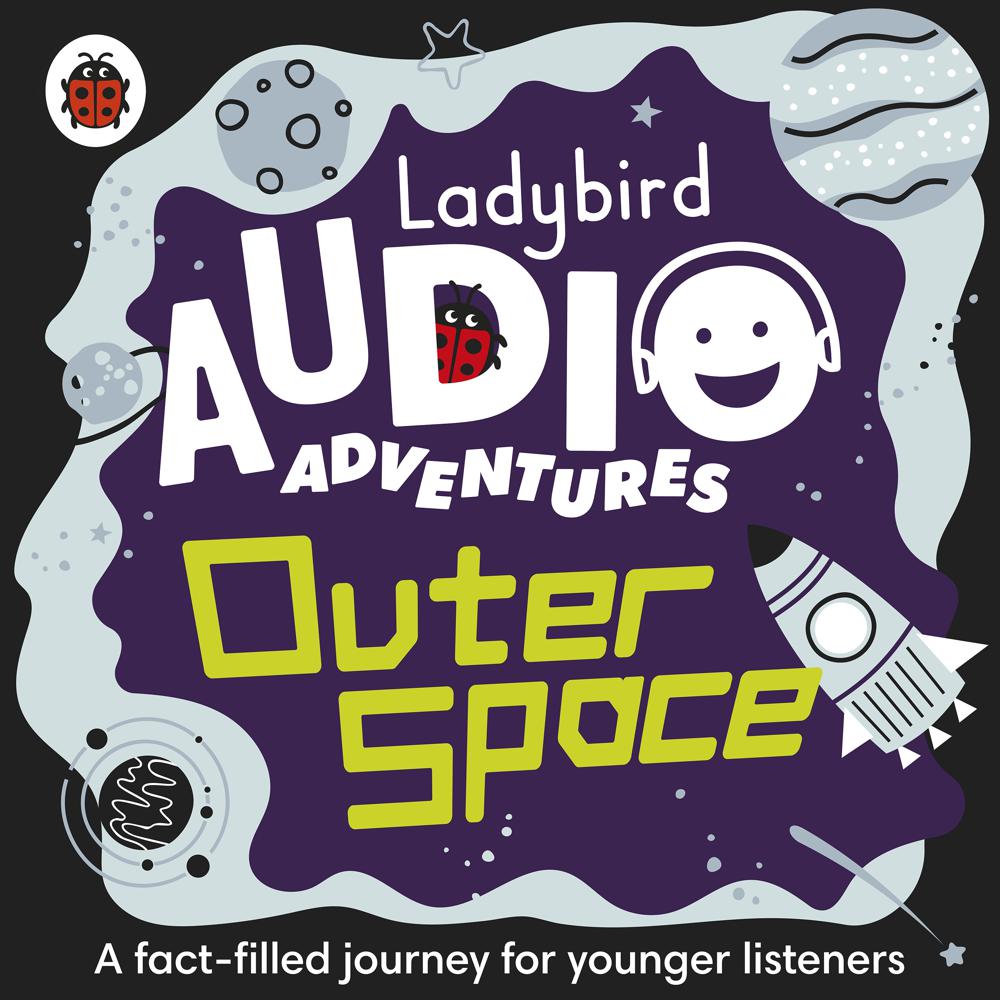 Brought to you by Ladybird.


Winner of The FutureBook of the Year Award 2019.

Join our intrepid adventurers Otto and Cassandra (and Missy, the smartest bird in the Universe) as they embark on a brand new Ladybird Audio Adventure!

In this adventure Otto and Missy are blasting off into Outer Space. They're going to discover the planets, stars and galaxies on this intergalactic journey!

These audiobooks help children learn about their environment on journey of discovery with the narrators Ben Bailey Smith (aka Doc Brown, rapper, comedian and writer) and Sophie Aldred (best known for her role as Ace in Doctor Who).

Ladybird Audio Adventures is an original series for 4-to 7-year-olds; a new, entertaining and engaging way for children to learn about the world around them. These are special stories written exclusively for audio with fun sound and musical effects, perfect for listening at home, before bed and on long journeys.

Other books in the Ladybird Audio Adventure series include Dinosaur Times, Under the Sea, Amazing Vehicles, The Animal Kingdom, On the Farm, Creepy Crawlies, The Human Body and Rainforests.