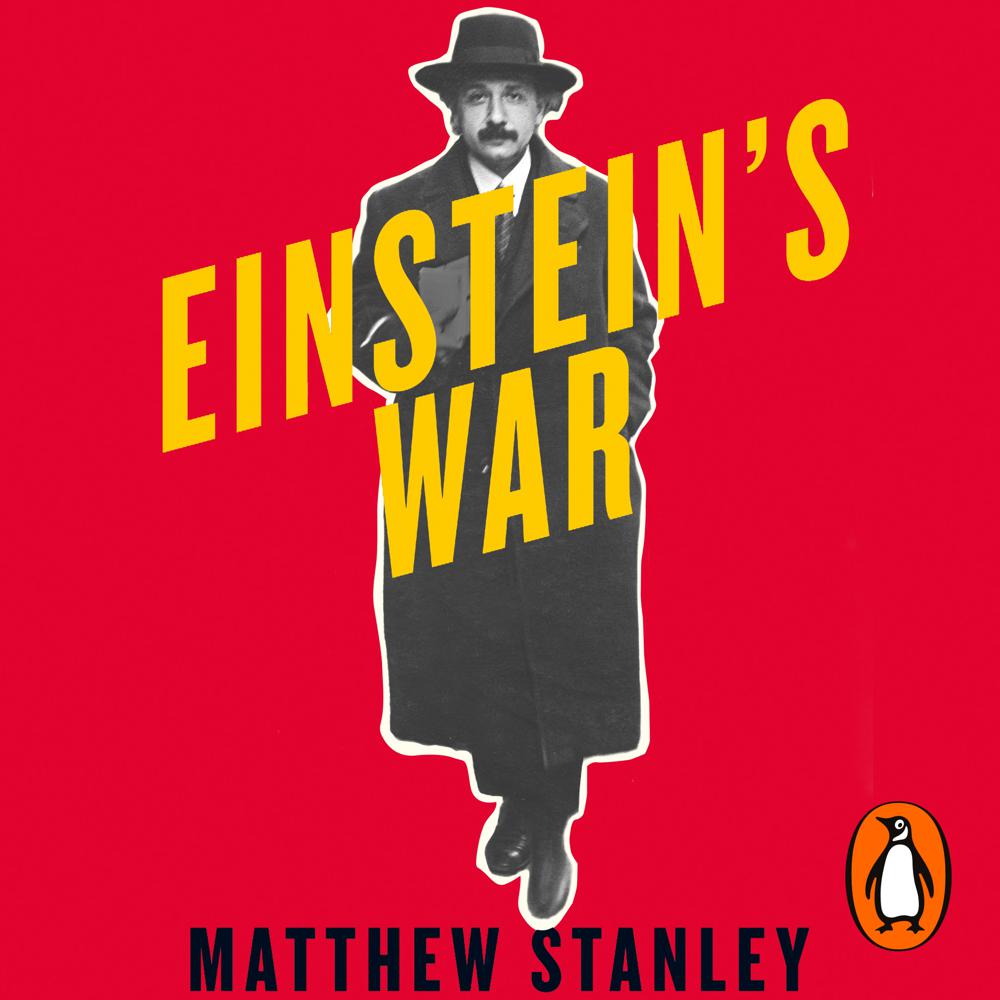 In 1916, Arthur Eddington, a war-weary British astronomer, opened a letter written by an obscure German professor named Einstein. The neatly printed equations on the scrap of paper outlined his world-changing theory of general relativity.

Until then Einstein's masterpiece of time and space had been trapped behind the physical and ideological lines of battle, unknown. Eddington realized the importance of the letter - perhaps Einstein's esoteric theory could not only change the future of science but also restore the world of cooperative international science in a time of brutal war. This was the moment that relativity emerged from the trenches before it was known around the world.

Einstein's name is now synonymous with 'genius', but it was not an easy road. He spent a decade creating relativity and his ascent to international celebrity, which saw him on the front of papers around the world in 1919, also owed much to Eddington - who he only met after the war - and to international collaboration. We usually think of scientific discovery as a flash of individual inspiration, whereas here we see it is the result of hard work, gambles and wrong turns and all the while subject to the petty concerns of nations, religions and individuals.

Einstein's War teaches us about science through history, and the physics is more accessible as a result - we see relativity built brick-by-brick in front of us, as it happened 100 years ago.

A thrilling history of the development of the theory of relativity . . . a superb account of Einstein's and Eddington's spectacularly successful struggles to work and survive under miserable wartime conditions

Deeply researched and profoundly absorbing . . . Matthew Stanley traces one of the greatest epics of scientific history . . . An amazing story

Impressive . . . Stanley's well-told and impressively readable chronicle delivers a wider, and still relevant, message that how science is performed is inextricable from other aspects of people's lives

For a century, Einstein's relativity has inspired otherworldly thoughts. Yet as Matthew Stanley demonstrates, Einstein's efforts were deeply enmeshed within our own world - a world riven by the drama and disruption of the First World War. This beautifully written, moving account captures the heady thrills and crushing setbacks of one of the great intellectual adventures of modern times

Even if you know a lot about the history of relativity - even if you know the old stories about Sir Arthur Eddington's voyage in 1919 to try to prove Albert Einstein's theories correct - you probably haven't pondered just how unlikely the Einstein/Eddington pairing really was. At a time where the mere hint of fraternization with the enemy could land you in jail as a spy, a Briton embraced the ideas of an enemy scientist, and helped launch the legend of arguably the greatest physicist of modern times. A fascinating story

Few books about events a century ago carry as relevant a message for today's world of resurgent nationalism as does Matthew Stanley's Einstein's War . . . Stanley is a storyteller par excellence...[his] riveting, blow-by-blow account of Einstein's struggle...is an unusually reader-friendly journey into relativity theory . . . Einstein and Eddington would have liked it

Detailed and readable . . . It is especially revealing about Einstein's scientific work and private life leading up to the momentous events of 1919

Riveting . . . Stanley lets us share the excitement a hundred years later in this entertaining and gripping book. It's a must read if you ever wondered how Einstein became 'Einstein'

He succeeds in wrapping up the global, national and scientific politics of an era in a compelling story of one man's wild theory, lucidly sketched, and its experimental confirmation in the unlikeliest and most exotic circumstances