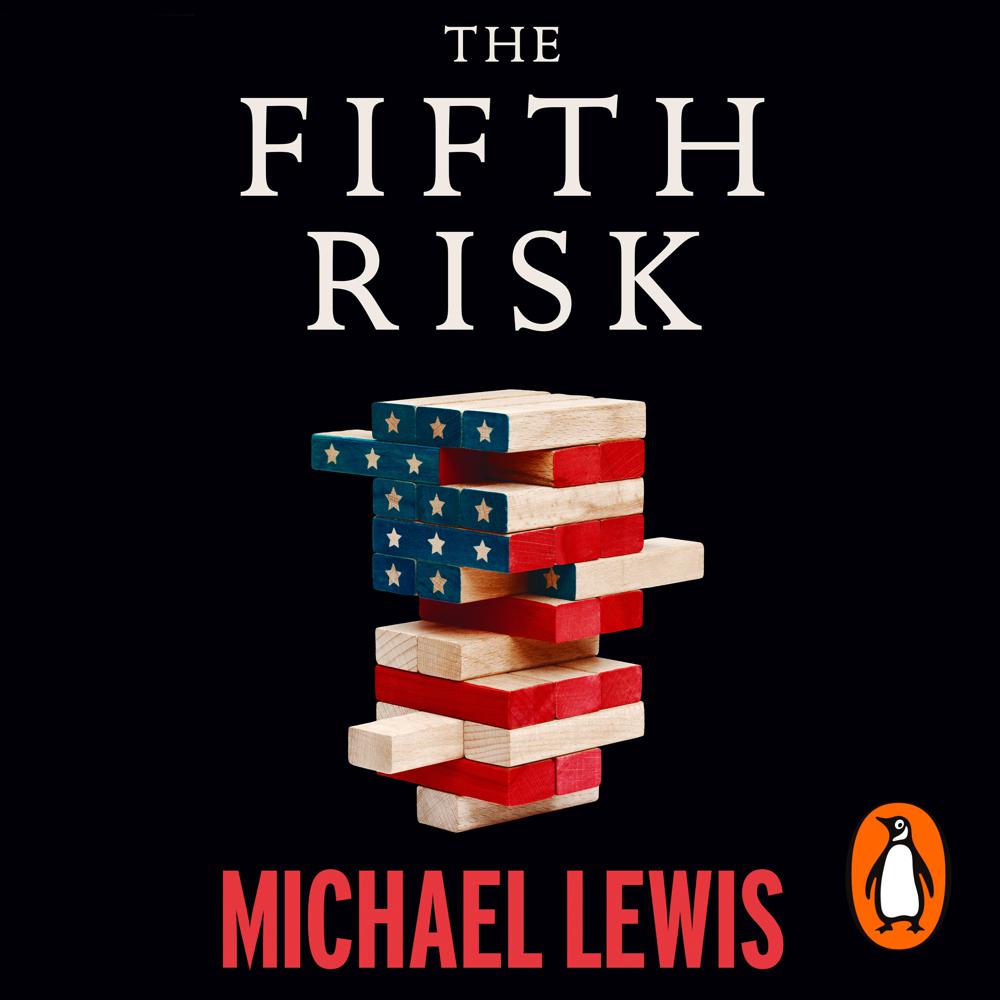 Penguin presents the audiobook edition of The Fifth Risk by Michael Lewis, read by Victor Bevine.

The morning after Trump was elected president, the people who ran the US Department of Energy - an agency that deals with some of the most powerful risks facing humanity - waited to welcome the incoming administration's transition team. Nobody appeared. Across the US government, the same thing happened: nothing.

People don't notice when stuff goes right. That is the stuff government does. It manages everything that underpins our lives from funding free school meals, to policing rogue nuclear activity, to predicting extreme weather events. It steps in where private investment fears to tread, innovates and creates knowledge, assesses extreme long-term risk.

And now, government is under attack. By its own leaders.

In The Fifth Risk, Michael Lewis reveals the combustible cocktail of wilful ignorance and venality that is fuelling the destruction of a country's fabric. All of this, Lewis shows, exposes America and the world to the biggest risk of all. It is what you never learned that might have saved you.

Audio updated in December 2019 to include a bonus afterword that the author has added in light of the recent turbulent political landscape in America.

Stranger and more terrifying than fiction ... The characters are riveting, and the drama intense. It's a story so jaw-dropping that at times it's hard to believe it was not invented for film ... It paints a picture of America being not just pulled apart at the political seams, but in the very fabric of the government itself.

A page turner ... Lewis's most ambitious and important book.

Who will fight for the censuses of this world? Who will defend the research grants, food-voucher programmes and risk management projects that quietly sustain a healthy nation? Step forward Michael Lewis. ... The result is a civics lesson worth taking ... Stunning. His message is powerful ... reminds us why good institutions matter, why skilled public servants are critical and what our government is actually for.

Jaw-dropping ... genuinely stopped me in my tracks.

Michael Lewis has a gift for identifying seemingly inaccessible subjects and spinning them into epic stories with Hollywood appeal.

Lewis's remarkable books tend to tell the stories of underdogs, heroically independent-minded people who zag when the world zigs.

Risk has been the central theme of Lewis's highly successful career. ... The fifth risk is something impossible to conceive of in advance, or to prepare for directly. What matters is having a well-organised government in place to respond to these contingencies when they hit ­- exactly what the Trump administration has failed to do.

Given that we now seem to be inhabiting a somewhat medieval world of plague and portent, I'd like to make the case for the prophetic powers of the US journalist Michael Lewis ... In December the notion [of the fifth risk] seemed wildly far-fetched. Four months on, it seems we will get the chance to find out if he was on the money.

The best part of The Fifth Risk is the evidence Lewis can add to the pile ... Lewis is a master of boiling down complexity into individual stories told by interesting characters.

Michael Lewis has a knack for making the complex appear simple. Here he uses the inner workings of the US Department of Energy to demonstrate how Trump is dismantling government.