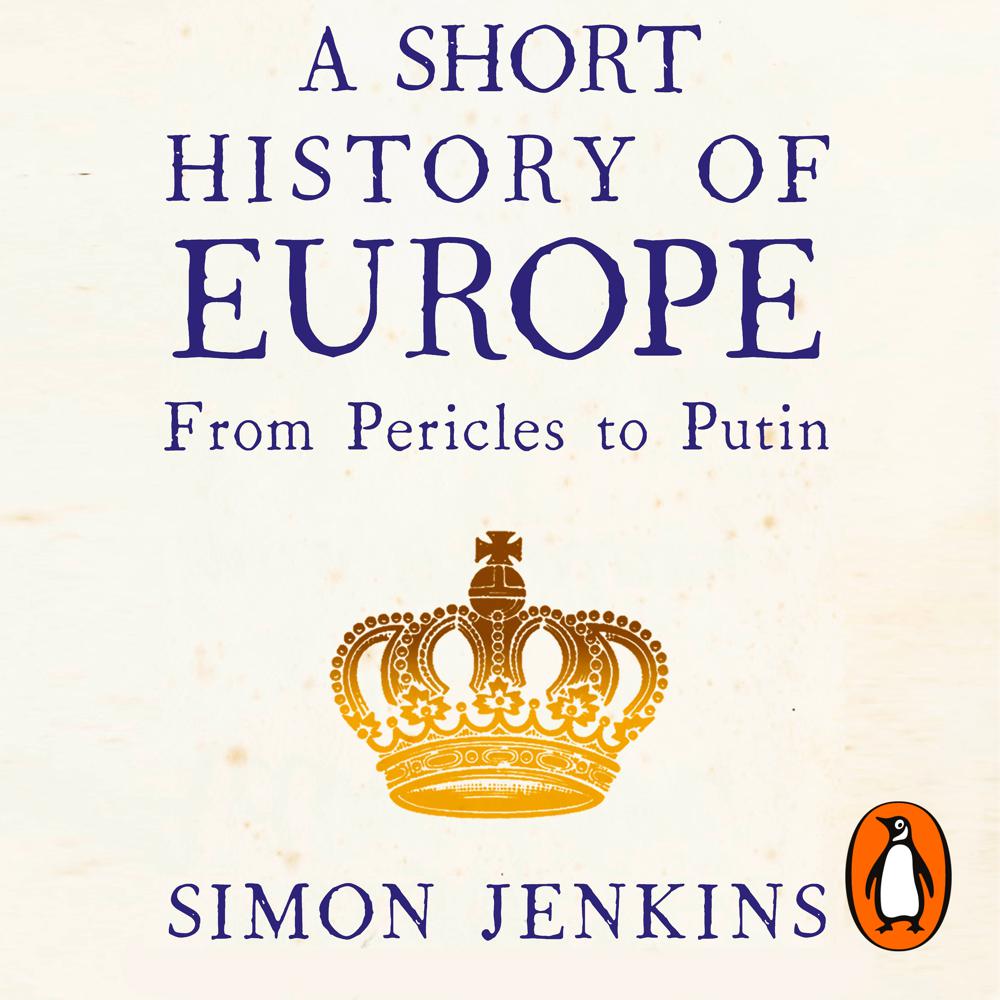 Penguin presents the audiobook edition of A Short History of Europe written and read by Simon Jenkins.

Europe is an astonishingly successful place. In this dazzling new history, bestselling author Simon Jenkins grippingly tells the story of its evolution from warring peoples to peace, wealth and freedom - a story that twists and turns from Greece and Rome, through the Dark Ages, the Reformation and the French Revolution, to the Second World War and up to the present day.

Jenkins takes in leaders from Julius Caesar and Joan of Arc, to Wellington and Angela Merkel, as well as cultural figures from Aristotle to Shakespeare and Picasso. He brings together the transformative forces and dominant eras into one chronological tale - all with his usual insight, colour and authority.

Despite the importance of Europe's politics, economy and culture, there has not been - until now - a concise book to tell this story. Covering the key events, themes and individuals, Jenkins' portrait of the continent could not be more timely - or masterful.

Jenkins is, like all good guides, more than simply informative: he can be courteous and rude, nostalgic and funny, elegant, convincing and relaxed

A short, invigorating gallop over two and a half thousand years

Any passably cultured inhabitant of the British Isles should ask for, say, three or four copies of this book

Simon Jenkins achieves a high ambition: a concise readable history of two millennia of European civilisation from its discernible origins to our present perplexities. In 305 pages! . . . An immensely rewarding book from a gifted writer

Full of the good judgements one might hope for from such a sensible and readable commentator, and they alone are worth perusing for pleasure and food for thought