Jack of Hearts (And Other Parts)
L. C. Rosen 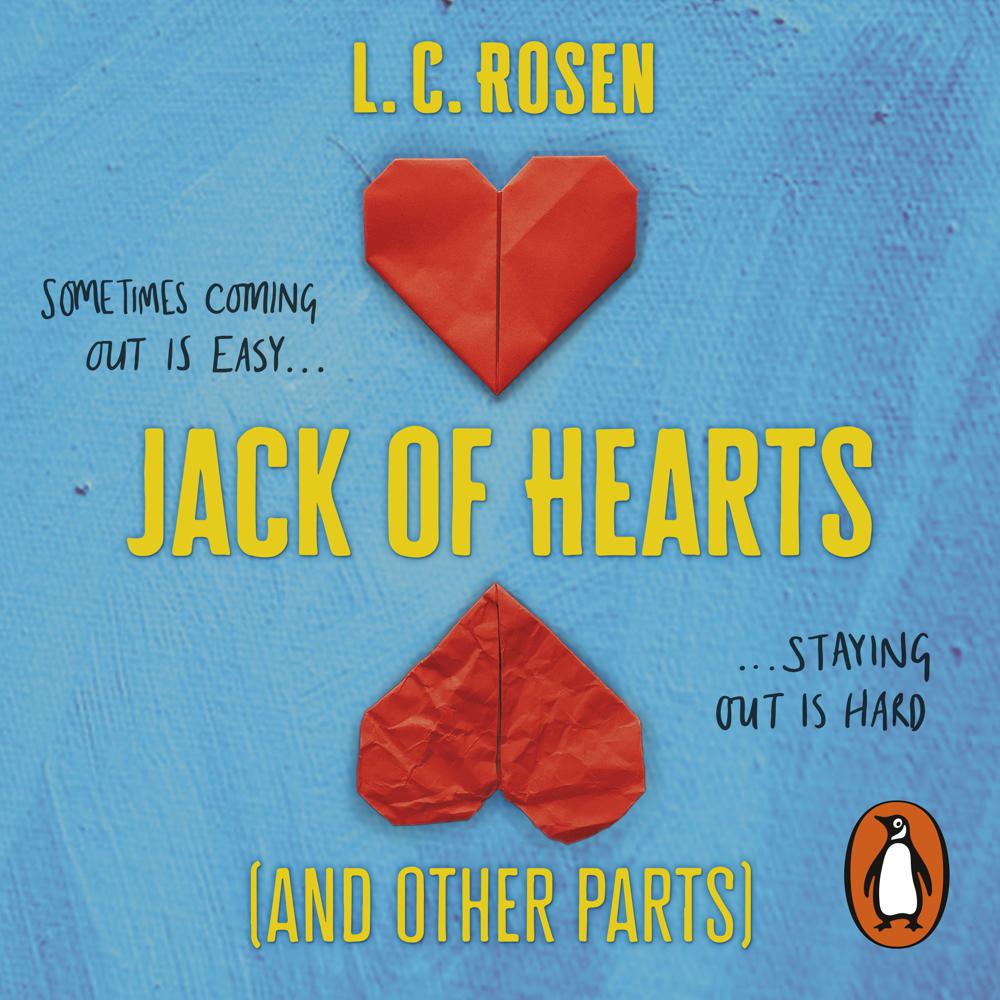 Penguin presents the audiobook edition of Jack of Hearts (And Other Parts) by L.C. Rosen, read by Drew Caidan.

My first time getting it in the butt was kind of weird. I think it's going to be weird for everyone's first time, though.

Jack Rothman is seventeen. A solid student with a talent for art, he likes partying, makeup and boys. Sometimes all at the same time. His active, unashamed sex life makes him a red hot topic for the high school gossip machine, but Jack doesn't really care too much about what the crowd is saying about him. His mantra is: 'It could be worse.'

And then it is.

When Jack starts writing a teen sex advice column for his best friend's website, he begins to receive creepy and threatening love letters. His 'admirer' is obsessed with Jack - they know who he's hanging out with, who he's sleeping with, who his mum is dating. And while they say they love Jack, they don't love his lifestyle. They want him to curb his sexuality and personality. And if he won't, they will force him.

As his stalker starts to ratchet up the pressure, it's up to Jack and his friends to uncover their identity, before their love becomes genuinely dangerous.

Dispenses sex advice that could be vital to young adult readers

A sex-positive and thoughtful romp with humour and heart

This book is filth

Rosen (The Memory Wall) creates memorable protagonists and brings a fresh, frank voice to his YA debut

Contemporary sex advice meets mystery in this high school story of bullying and being true to oneself . . . an essential addition to library collections that serve teens.

Jack of Hearts (And Other Parts) is the sex ed class you didn't get in high school - positive, frank and inclusive, but also hilarious, heartfelt and impossibly fun. This book is like a hug that also slaps you on the ass (in the consensual flirtatious sexy way).

Humane, sex-positive writing of the funniest, filthiest and most heartening kind.

Readers will be talking about Jack for years to come

It's the book about high school that gives you the sex ed class desperately lacking from high school education.