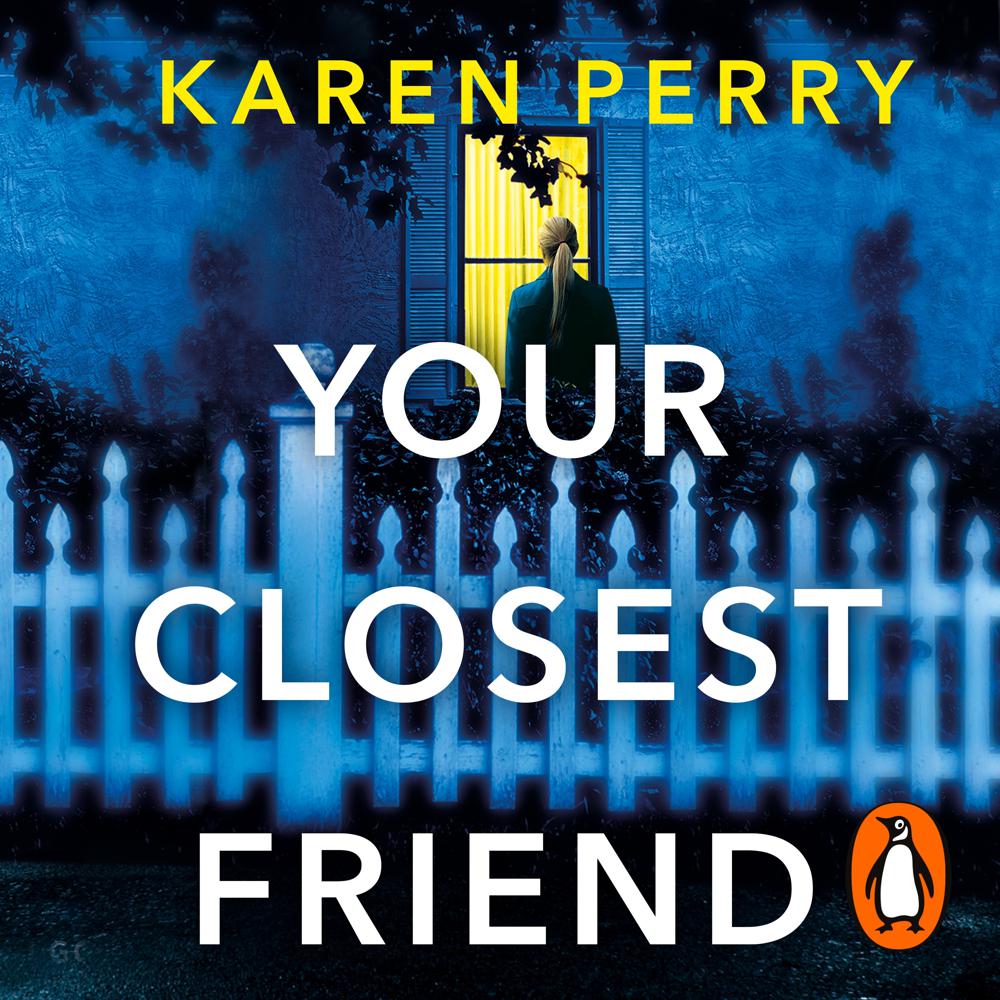 Penguin presents the audiobook edition of Your Closest Friend by Karen Perry, read by Joanne King and Jade Yourell.

She saved your life.

One hot, humid night in London, Cara is caught up in a wave of terror and chaos. Until a hand reaches out - and a stranger pulls her to safety.

She knows your darkest secrets.

Taking refuge with her unlikely rescuer, Cara shares more of herself with Amy than she ever has with anyone, including her husband. But after the hours of darkness are over, she can't remember exactly what secrets she revealed.

Cara attempts to put it all behind her. But cracks begin to show in her life and marriage, and she starts to receive anonymous threats.

As Cara's life begins to skid out of control, Amy reappears, offering to help.

Amy is only person Cara can turn to, who knows her hidden side. Amy saved her that night.

But what if the biggest threat to Cara is the stranger she's invited into her home?

Original and impressively contemporary with an excellent final twist

Like Gone Girl . . . It's the most gripping thing I've read for ages

Beautifully written, with just the right balance of teasing the reader with clues and hitting them with revelations

It's that most powerful thing, a beautifully written mystery driven by its exploration of the characters' innermost hearts

A tightly-paced rocket ride that delivers a brilliant portrait of one woman driven to the edge by another woman's utter obsession. It reminds us that old secrets can bubble away in the background just waiting for the right time to reappear and destroy lives. If you're a fan of menacing psychological thrillers that chill to the bone, this book is for you

With one of the most tense and heart-pumping openings I've ever read, I loved this clever thriller about obsession and toxic friendships

One of the most richly satisfying psychological thrillers of 2016, a book that hooks the reader from the first page

This thriller starts with a bang . . . a tightly woven thriller that completely sucks you in from the beginning . . . compelling. Another triumph

Cleverly written. A tense domestic thriller that is full of surprises

Don't be surprised if you devour it in one sitting

Unputdownable, leading to a stunning conclusion you won't see coming

This thriller had us gripped right from the start

This tense, unpredictable novel blends a thriller with an intimate family story to produce a most compelling read

This character-driven thriller is smart and compelling