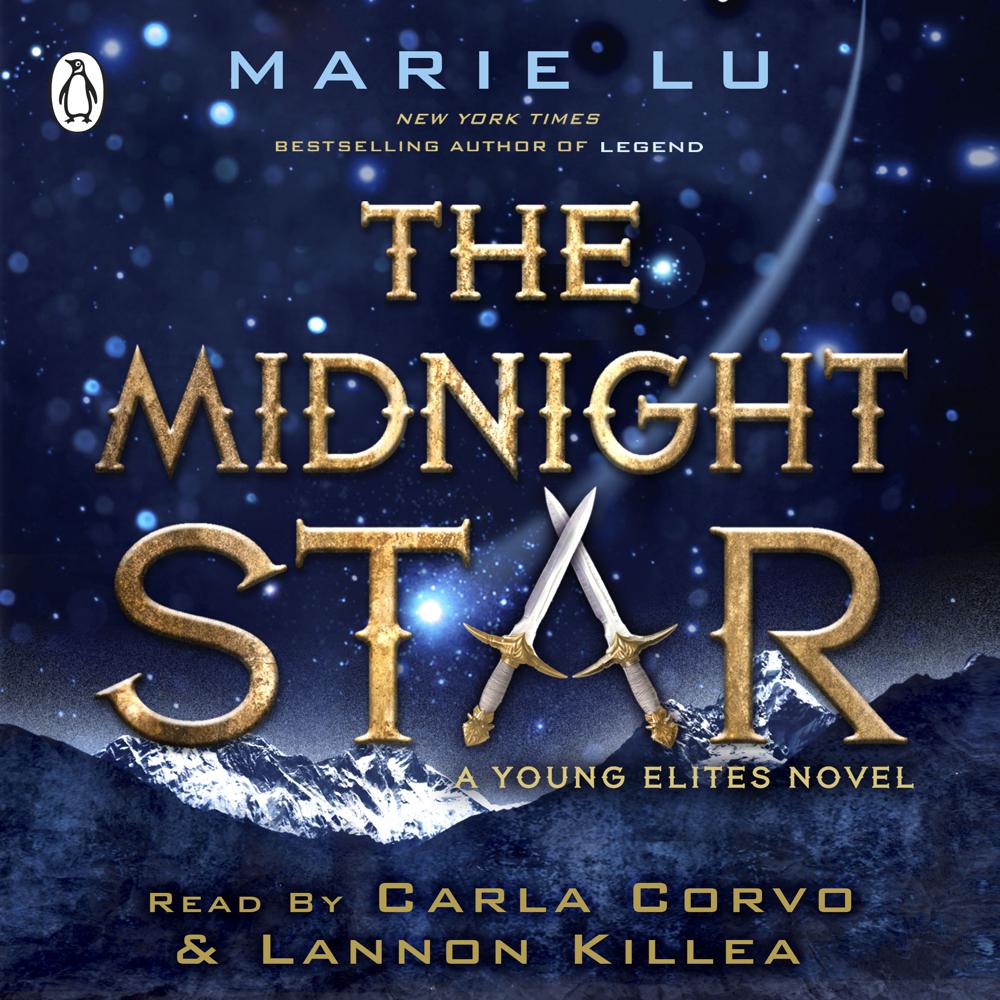 Penguin presents the audiobook edition of The Midnight Star by Marie Lu, read by Lannon Killea and Carla Corvo.

There was once a time when darkness shrouded the world, and the darkness had a queen.

Adelina Amouteru is done suffering. She's turned her back on those who have betrayed her and achieved the ultimate revenge: victory. Her reign as the White Wolf has been a triumphant one, but the darkness within her has begun to spiral out of control, threatening to destroy everything.

When a new danger appears, Adelina must join the Daggers on a perilous quest in order to save herself and preserve her empire. But this uneasy alliance may prove to be the real danger . . .