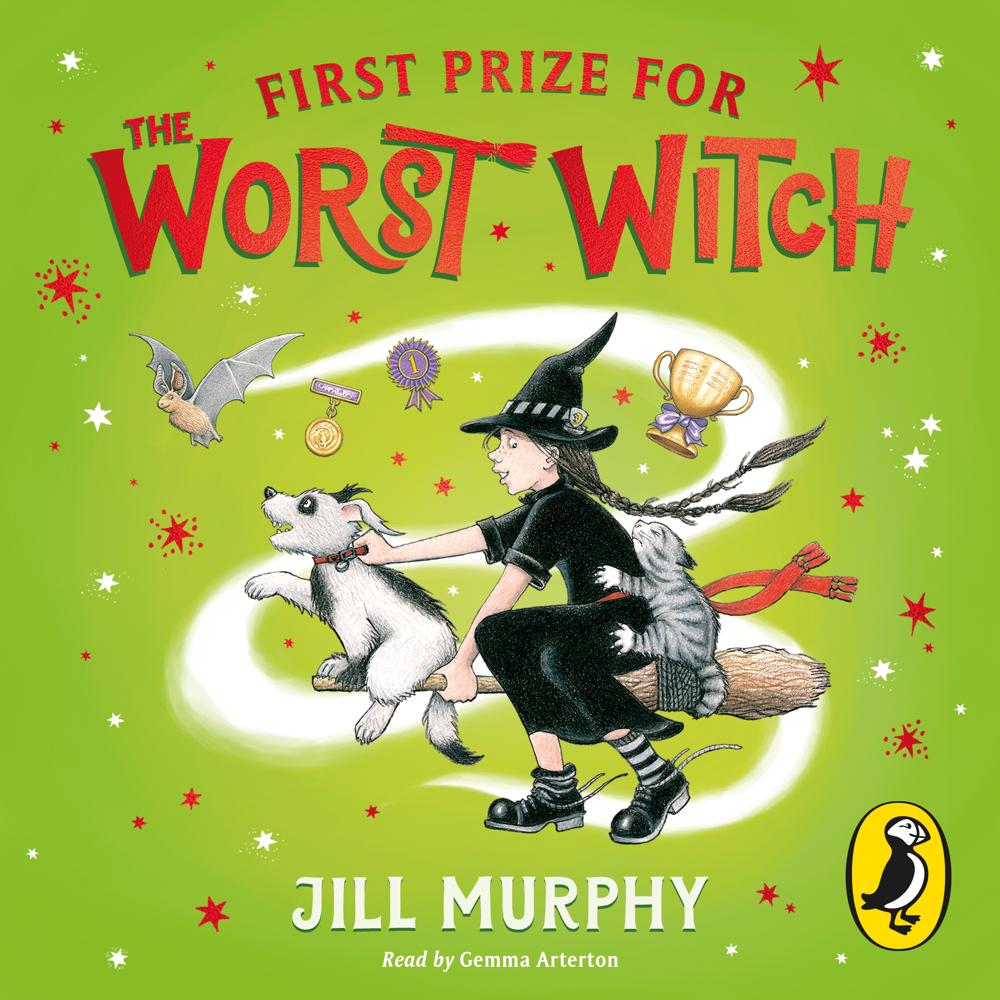 Penguin presents the audiobook edition of First Prize for the Worst Witch by Jill Murphy, read by Gemma Arterton.

Accident-prone Mildred Hubble is the Worst Witch at Miss Cackle's Academy. She's always getting her spells
wrong and landing herself in trouble. But Mildred is in the last term of Fourth Year and determined to prove that she's not as useless as everyone thinks - could it be First Prize for the worst witch after all?

Now that's TV magic: With stunning special effects and a whole coven of top-notch stars, CBBC's The Worst Witch will cast a spell on young and old alike