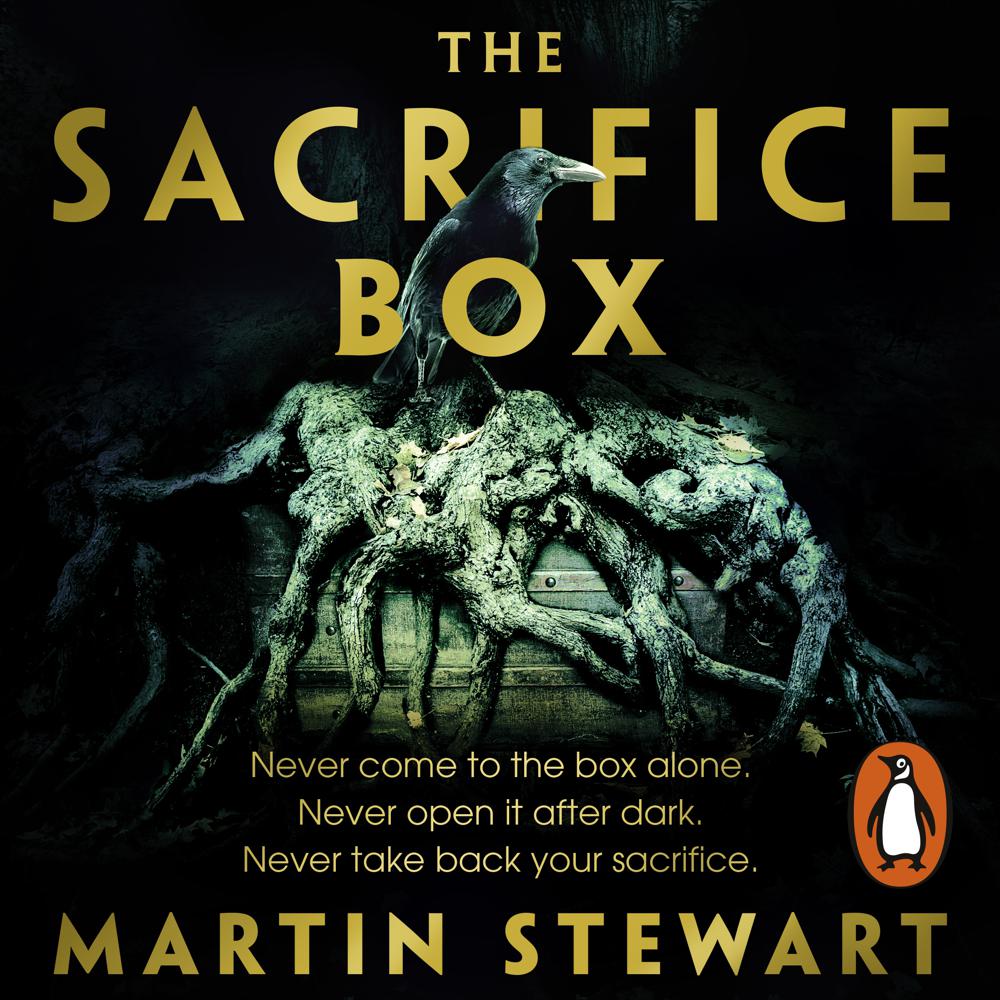 Penguin presents the audiobook edition of The Sacrifice Box by Martin Stewart, read by Christos Lawton.

Sep, Arkle, Mack, Lamb and Hadley: five friends thrown together one hot, sultry summer. When they discover an ancient stone box hidden in the forest, they decide to each make a sacrifice: something special to them, committed to the box for ever. And they make a pact: they will never return to the box at night; they'll never visit it alone; and they'll never take back their offerings.

Four years later, a series of strange and terrifying events take place. Someone broke the rules, and now everyone has to pay.

But how much are they willing to sacrifice?

Stewart is a master at weaving vivid and visceral images in the minds of his readers and this book has no shortage of truly terrifying moments that will stay with you long after you have finished it. Definitely one to read with the lights on and far away from any childhood toys

An expertly written horror laced through with joyful comedy, Martin Stewart's follow-up to the award winning Riverkeep is a suspenseful and gruesome tale of friendship, family and faith - perfect for fans of Stranger Things or Stephen King

The comparisons to Stranger Things are apt and well deserved. This is one of the most original and unique books I've ever read

Moody and atmospheric, with sardonic humor; a meaty slice of horror

Stewart is masterful. He weaves a chilling, supernatural plot with a playfulness and brings the darkest chapters back from the edge. I suspect Stephen King would be impressed