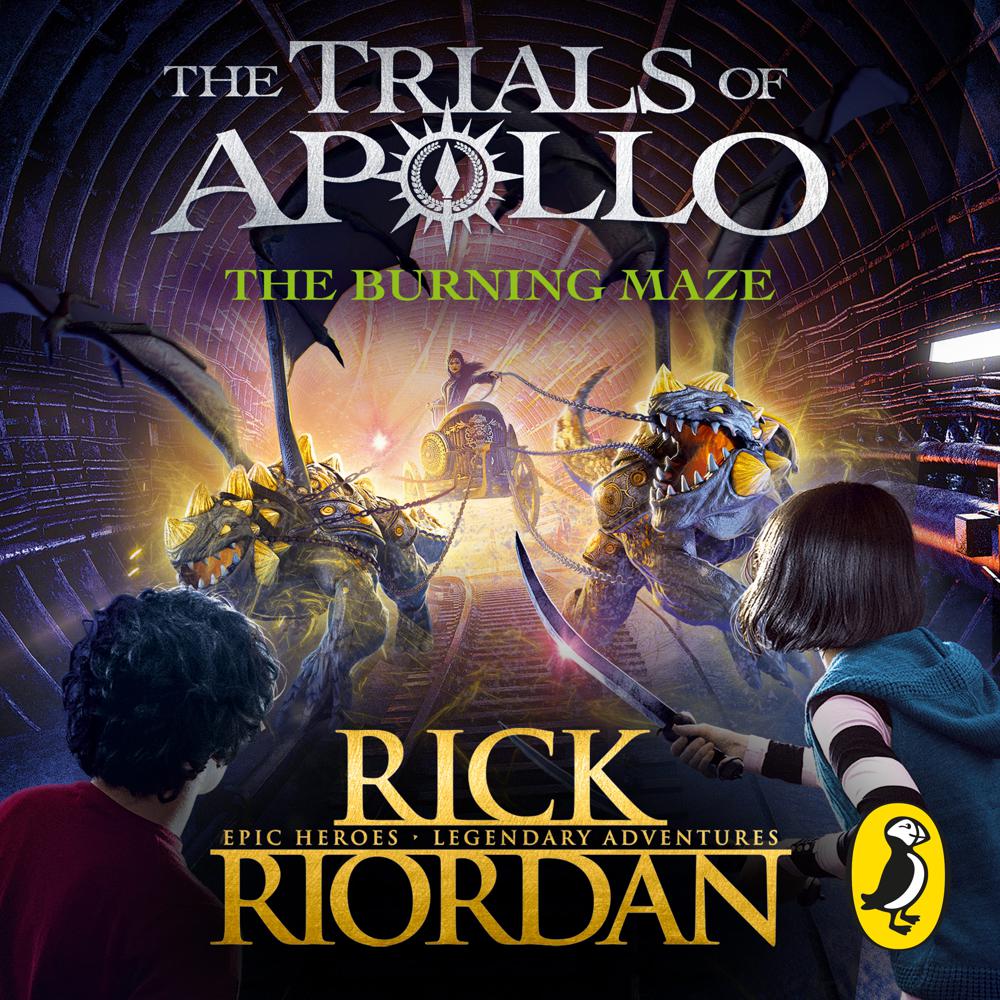 Penguin presents the audiobook edition of The Burning Maze by Rick Riordan, read by Robbie Daymond.

I WAS A GOD, ONCE. UNTIL I WAS CAST OUT BY MY FATHER, ZEUS.

My way out? A series of scary and dangerous trials, of course.

For my third mission, I must:

Journey through the Labyrinth to free an Oracle who only speaks in puzzles.

Is that all? No, I've to do everything without any of my godly powers. Wonderful. Looks like I'll be needing all the help I can get. From new friends, and old . . .