How to Get Filthy Rich In Rising Asia
Mohsin Hamid 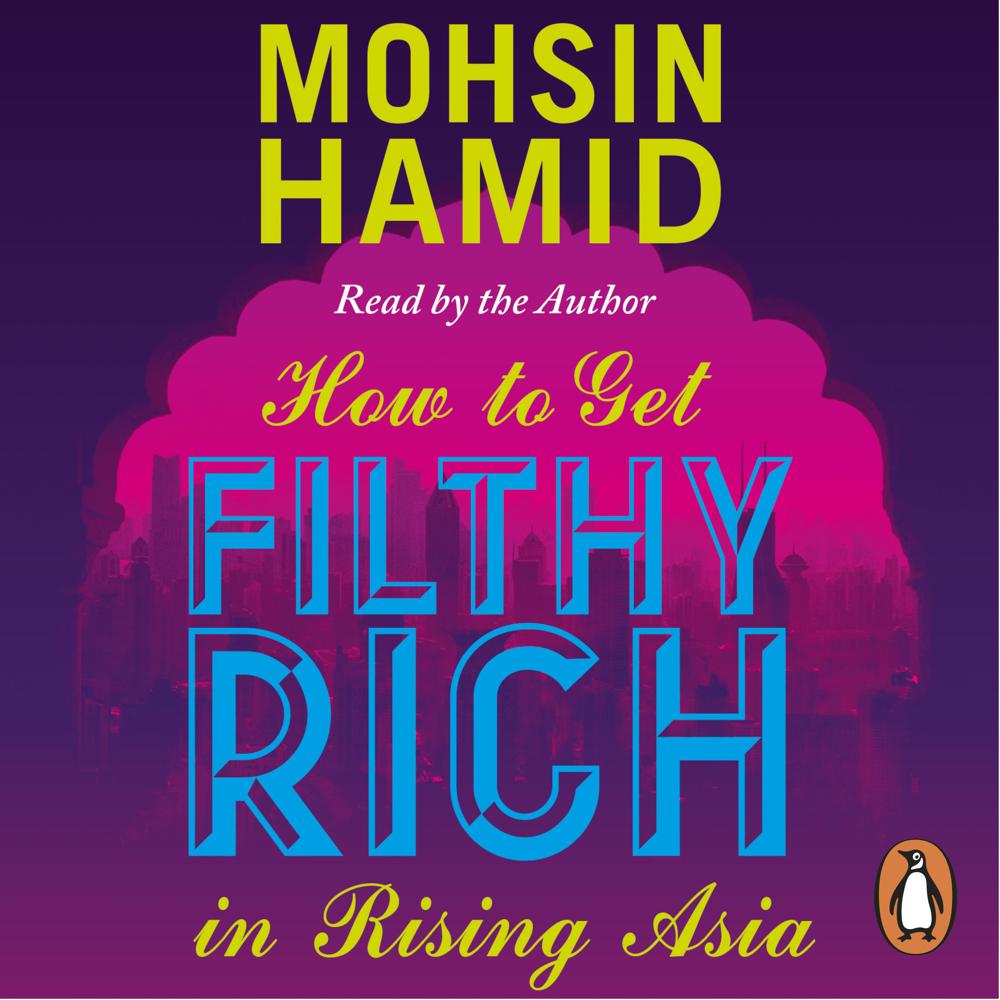 The unabridged, downloadable audiobook edition of Mohsin Hamid's How To Get Filthy Rich in Rising Asia, read by the author himself.

The astonishing and riveting tale of a man's journey from impoverished rural boy to corporate tycoon, 'How To Get Filthy Rich in Asia' steals its shape from the business self-help books devoured by youths all over 'rising Asia'. It follows its nameless hero to the sprawling metropolis where he begins to amass an empire built on the most fluid and increasingly scarce of goods: water. Yet his heart remains set on something else, on the pretty girl whose star rises alongside his, their paths crossing and re-crossing in a love affair sparked and snuffed out again by the forces that careen their fates along.

The hero of the story could be any one of us, hungry for a different life. And ours too could be the fate that awaits him . . .

Fast-paced, vivid and emotionally absorbing, How to Get Filthy Rich in Rising Asia creates two unforgettable characters who find moments of transcendent intimacy in the midst of shattering change.

'This book is a self-help book. Its objective, as it says on the cover, is to show you how to get filthy rich in rising Asia. And to do that it has to find you, huddled, shivering, on the packed earth under your mother's cot one cold dewy morning . . .'

An ultra-intelligent and knowing account of life in the developing world. Simply brilliant

Even more intriguing, compelling and moving than The Reluctant Fundamentalist. A marvellous book

A dazzling stylistic tour de force; a love story disguised as a self help parody freighted with sly social satire. As timely and timeless a novel as I've read in years

No story could be more of our time than this one. Conceptually brilliant and truly empathic

Dazzling, addictive, tremendous. A writer at the height of his powers with a hell of a story to tell

The new voice of a changing continent. A writer at the top of his game

Isn't this the definition of great fiction, that even when it begins with a character . . . who's nothing like you, by the end you are convinced that it really is about you? That's a kind of miracle