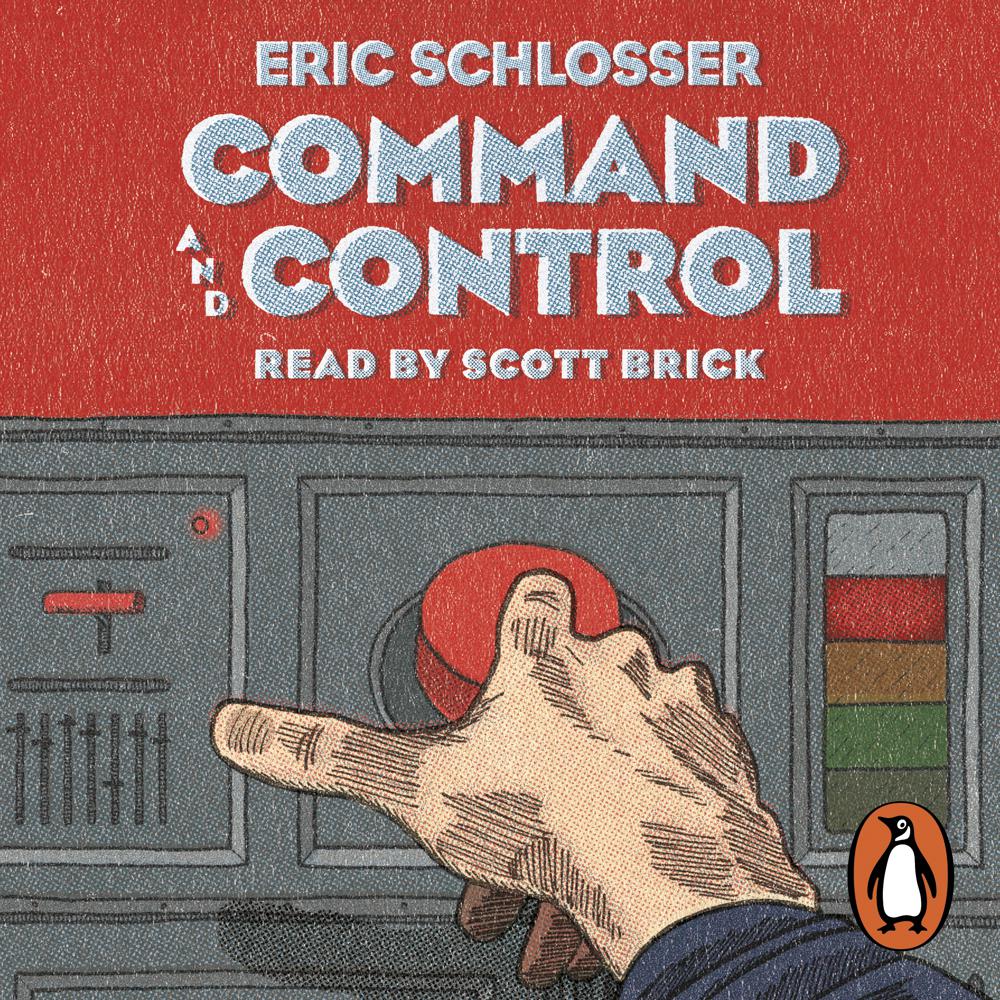 Penguin presents the unabridged, downloadable audiobook edition of Command and Control, a ground-breaking account of the management of nuclear weapons from Eric Schlosser, author of Fast Food Nation. Read by the award-winning narrator Scott Brick.

A ground-breaking account of accidents, near-misses, extraordinary heroism, and technological breakthroughs, Command and Control explores the dilemma that has existed since the dawn of the nuclear age: how do you deploy weapons of mass destruction without being destroyed by them? Schlosser reveals that this question has never been resolved, and while other headlines dominate the news, nuclear weapons still pose a grave risk to mankind.

Drawing on recently declassified documents and interviews with men who designed and routinely handled nuclear weapons, Command and Control takes readers into a terrifying but fascinating world that, until now, has been largely hidden from view. It reveals how even the most brilliant of minds can offer us only the illusion of control. Audacious, gripping, and unforgettable, Command and Control is a tour de force of investigative journalism.

Command and Control is how non-fiction should be written ... By a miracle of information management, Schlosser has synthesized a huge archive of material, including government reports, scientific papers, and a substantial historical and polemical literature on nukes, and transformed it into a crisp narrative covering more than fifty years of scientific and political change. And he has interwoven that narrative with a hair-raising, minute-by-minute account of an accident at a Titan II missile silo in Arkansas, in 1980, which he renders in the manner of a techno-thriller

Reads like a thriller ... A fascinating read and a gripping one

Disquieting but riveting ... fascinating ... Schlosser's readers (and he deserves a great many) will be struck by how frequently the people he cites attribute the absence of accidental explosions and nuclear war to divine intervention or sheer luck rather than to human wisdom and skill. Whatever was responsible, we will clearly need many more of it in the years to come

Schlosser's reportage is as good as it gets

He tells us things we already suspect to be true, but don't dare think about

Eric Schlosser may be the Upton Sinclair for this age ... He has a flair for dazzling scene-setting and an arsenal of startling facts