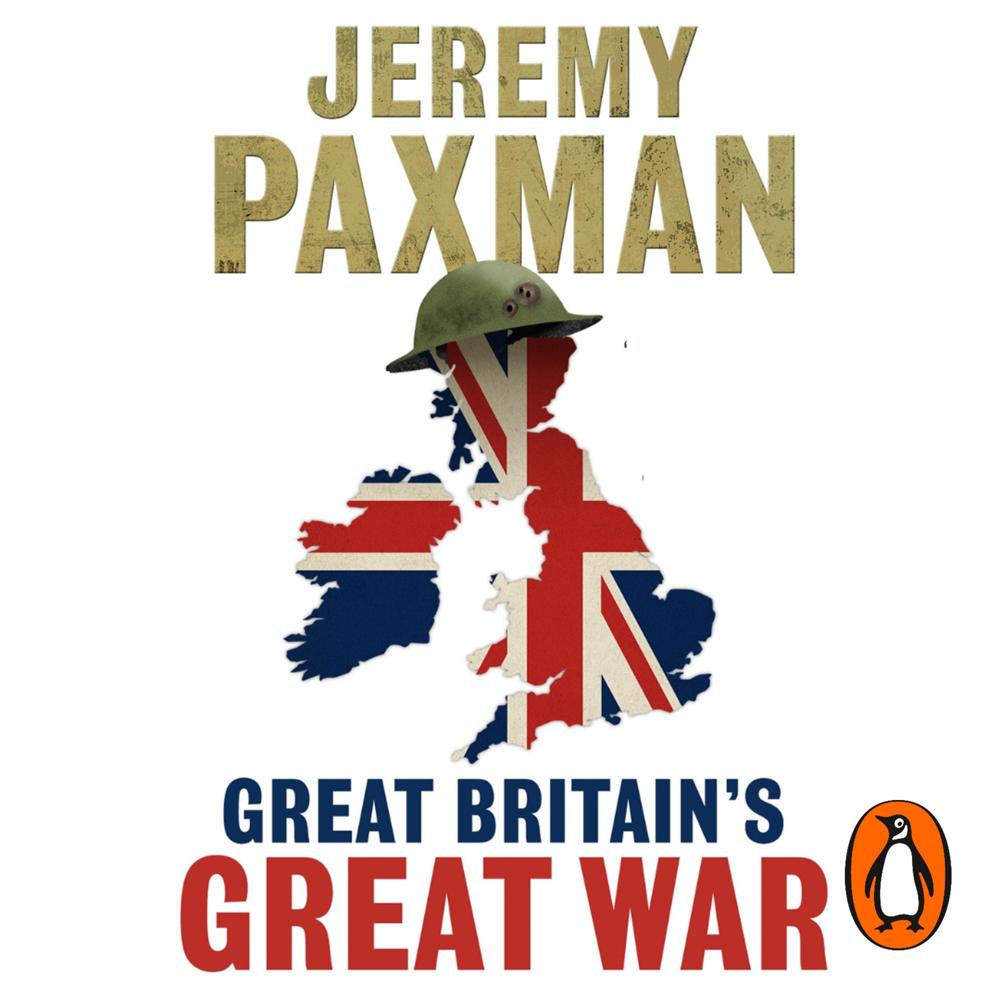 Penguin presents the unabridged, downloadable audiobook edition of Jeremy Paxman's Great Britain's Great War. Read by the actor Roy McMillan, this magnificent history of the First World War tells the story of the war in one gripping narrative from the point of view of the British people.

We may think we know about it, but what was life really like for the British people during the First World War?

The well-known images - the pointing finger of Lord Kitchener; a Tommy buried in the mud of the Western Front; the memorial poppies of remembrance day - all reinforce the idea that it was a pointless waste of life. So why did the British fight it so willingly and how did the country endure it for so long?

Using a wealth of first-hand source material, Jeremy Paxman brings vividly to life the day-to-day experience of the British over the entire course of the war, from politicians, newspapermen, campaigners and Generals, to Tommies, factory workers, nurses, wives and children, capturing the whole mood and morale of the nation. It reveals that life and identity in Britain were often dramatically different from our own, and show how both were utterly transformed - not always for the worst - by the enormous upheaval of the war.

Rich with personalities, surprises and ironies, this lively narrative history paints a picture of courage and confusion, doubts and dilemmas, and is written with Jeremy Paxman's characteristic flair for storytelling, wry humour and pithy observation.

"He writes so well and sympathetically, and chooses his detail so deftly, that if there is one new history of the war that you might actually enjoy from the very large centennial selection this is very likely it" The Times

"A fine introduction to the part Britain played in the first of the worst two wars in history. The writing is lively and the detail often surprising and memorable" Guardian

Jeremy Paxman is a renowned broadcaster, award-winning journalist and the bestselling author of seven works of non-fiction, including The English, The Political Animal and Empire.