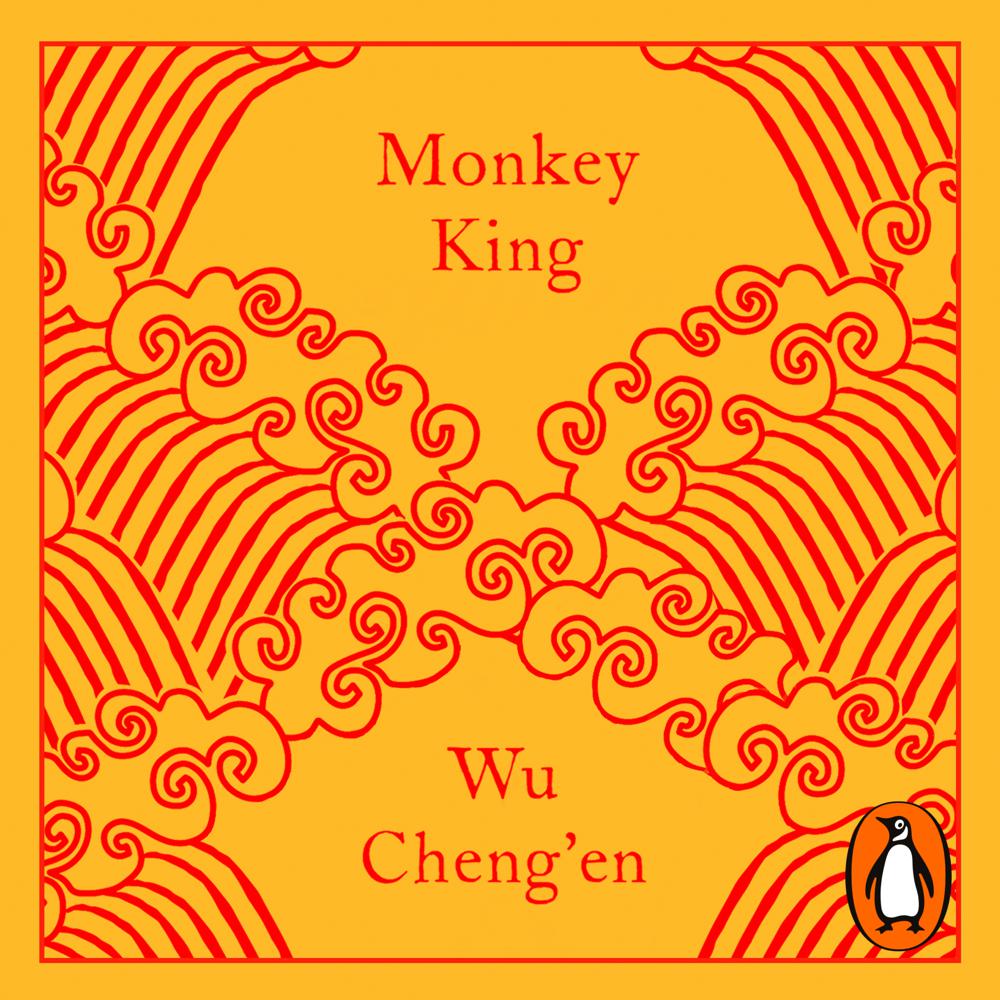 One of the world's greatest fantasy novels and a rollicking classic of Chinese literature, in a sparkling new translation.

A shape-shifting trickster on a kung-fu quest for eternal life, Monkey King is one of the most memorable superheroes in world literature. High-spirited and omni-talented, he can transform himself into whatever he chooses and turn each of his body's 84,000 hairs into an army of clones. But his penchant for mischief repeatedly gets him into trouble, and when he raids Heaven's Orchard of Immortal Peaches, the Buddha pins him beneath a mountain. Five hundred years later, Monkey King is finally given a chance to redeem himself: he must protect the pious monk Tripitaka on his journey in search of precious Buddhist sutras that will bring enlightenment to the Chinese empire.

Joined by two other fallen immortals - Pigsy, a rice-loving flying pig, and Sandy, a depressive river-sand monster - Monkey King does battle with Red Boy, Princess Jade-Face, the Monstress Dowager, and all manner of dragons, ogres, wizards and femmes fatales; navigates the perils of Fire-Cloud Cave, the River of Flowing Sand and the Water-Crystal Palace; and is serially captured, lacquered, sautéed, steamed and liquefied - but always hatches an ingenious plan to get himself and his fellow pilgrims out of their latest jam.

Comparable to The Canterbury Tales or Don Quixote, Monkey King is at once a gripping adventure, a comic satire and a spring of spiritual insight. With this new translation by the award-winning Julia Lovell, the irrepressible rogue hero of one of the Four Great Classical Novels of Chinese literature has the potential to vault, with his signature cloud-somersault, into the hearts of a whole new generation of readers.

An exhilarating new translation of my favourite of all the classic Chinese novels - a great, wild epic that expands and fires one's imagination

Uproarious and action-filled, this highly readable new translation captures the most beloved of Chinese characters in all his impossible charm. Irrepressible and irresistible, Monkey speaks to us across the centuries, and here makes us laugh anew

An all-new translation of one of the greatest stories ever written . . . An out-and-out fantasy adventure that has captivated audiences and influenced creatives for centuries

Jam-packed with outrageous danger and outlandish transformations . . . Lovell does an admirable job condensing the original text . . . while capturing the essence of Chinese fantastical storytelling and parody. Readers who enjoy nutty adventures and nonsensical plots will get a kick out of this madcap fable

A monument of world literature, Monkey King is also one of the funniest, most subversive satires ever written ... If you've not read Journey to the West, prepare yourself for the adventure of a lifetime and know that like Monkey himself, you are about to be transformed. Even if you have read it, Julia Lovell's magnificent new translation becomes its own cloud somersault, its own gold-hooped staff

Visit one of the greatest countries in the world through the pages of this Chinese epic [and] Julia Lovell's new contemporary translation, with exquisite maps of 'somewhat mythical lands' by Laura Hartman Maestro

A new translation of Monkey King is a cause for joy! Imaginative and mischievous, exhilarating and timeless, this sixteenth-century superhero saga is a delight to readers of all ages.

The Monkey King, one of Chinese literature's great characters, should add many new disciples to his existing fans through this compelling new version of his adventures. Julia Lovell here conveys a vibrant sense of the richness and also the sheer fun of this Ming dynasty text, a classic of world fiction