Value of Everything
Mariana Mazzucato 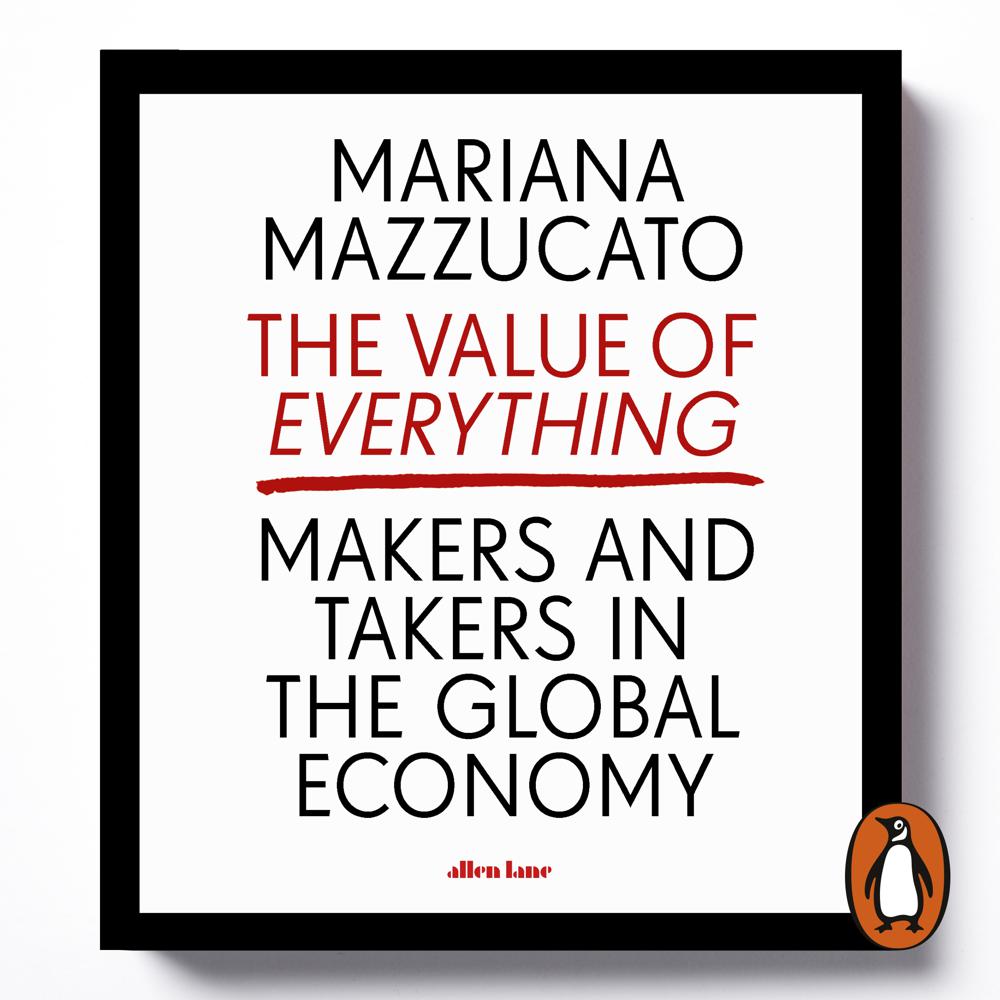 Penguin presents the audiobook edition of The Value of Everything by Mariana Mazzucato, read by Amy Finegan.

Who really creates wealth in our world? And how do we decide the value of what they do? At the heart of today's financial and economic crisis is a problem hiding in plain sight.

In modern capitalism, value-extraction is rewarded more highly than value-creation: the productive process that drives a healthy economy and society. From companies driven solely to maximize shareholder value to astronomically high prices of medicines justified through big pharma's 'value pricing', we misidentify taking with making, and have lost sight of what value really means. Once a central plank of economic thought, this concept of value - what it is, why it matters to us - is simply no longer discussed.

Yet, argues Mariana Mazzucato in this penetrating and passionate new book, if we are to reform capitalism - radically to transform an increasingly sick system rather than continue feeding it - we urgently need to rethink where wealth comes from. Which activities create it, which extract it, which destroy it? Answers to these questions are key if we want to replace the current parasitic system with a type of capitalism that is more sustainable, more symbiotic - that works for us all. The Value of Everything will reignite a long-needed debate about the kind of world we really want to live in.

Some economists merely interpret the world in various ways; others seek to change it. Mariana Mazzucato is an exemplar of the latter kind. The Italian-American is a restless thinker drawn to transformative, disruptive projects. ... Mazzucato's mission is to overturn the now dominant neoclassical theory of value. In the mid-19th century, she explained, an intellectual revolution occurred: rather than value determining price, price began to determine value.

In The Value of Everything, published last week, Mazzucato sharpens her focus, not only lauding the role of 'mission-oriented' public investment, but honing her critique of the private sector too.

As Mariana Mazzucuto's new book, published today, explains, our economy has been financialised and no longer rewards real value creation.

Mariana Mazzucato ... argues that we urgently need to rethink where wealth comes from to heal a sick system.

Mariana Mazzucato offers an exposé of how value extractors and rent-seekers have been masquerading as value creators in the global economy. And, furthermore, how the conventional wisdom has indulged them in this.

Someone should make a musical out of this book. That is quite unlikely, I grant you, but not as unlikely as it sounds. In 1893 the Savoy theatre staged Gilbert and Sullivan's penultimate operetta, Utopia, Limited ... It is time to rework the idea and Mariana Mazzucato is a candidate to write the libretto.

One of the most incisive economic books in years.

The Value of Everything is receiving accolades on Twitter from finance ministers and student idealists alike, and is clearly set to be essential summer reading for civil servants.

Praise for The Entrepreneurial State: Conventional economics offers abstract models; conventional wisdom insists that the answer lies with private entrepreneurship. In this brilliant book, Mariana Mazzucato...argues that the former is useless and the latter incomplete.

A stimulating analysis of the underlying causes of inequality and growth which forces us to confront long-held beliefs about how economies work and who benefits. ... The book itself adds value by forcing us to confront these points.