Kings of the Yukon
Adam Weymouth 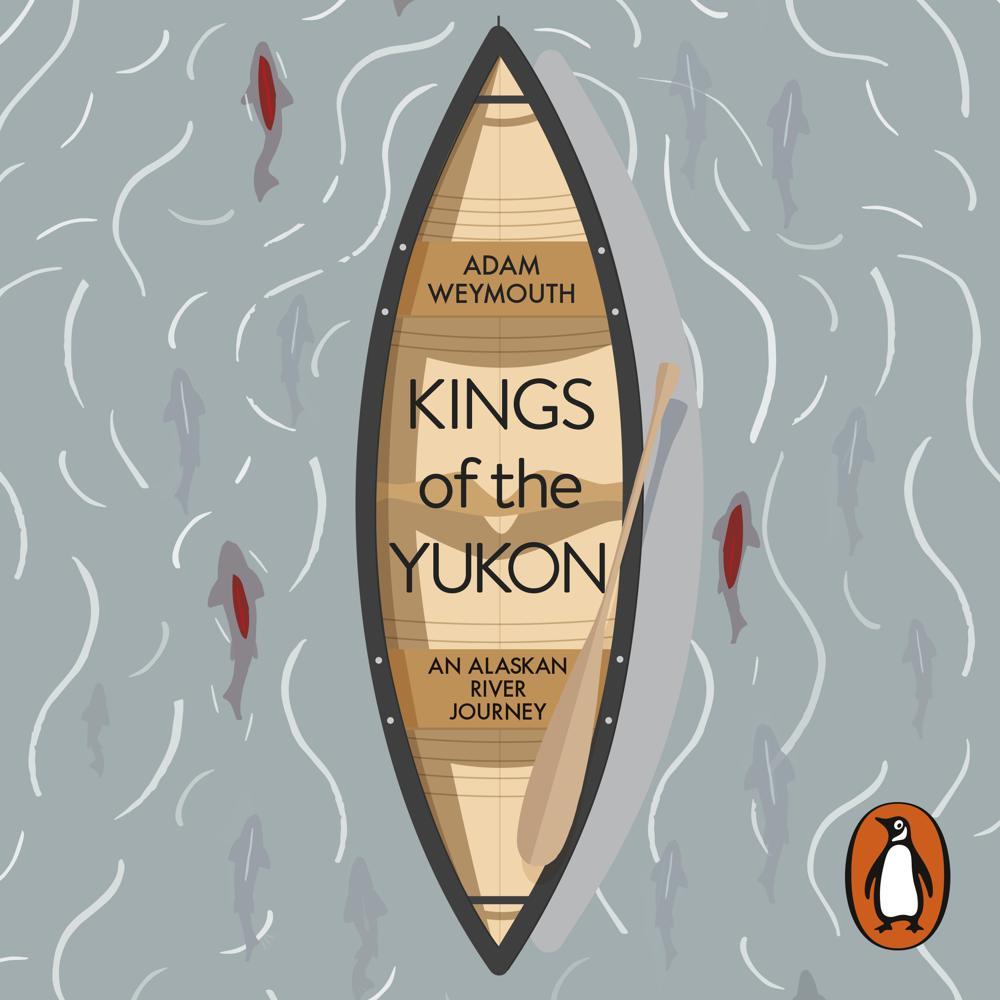 Penguin presents the audiobook edition of Kings of the Yukon by Andy Weymouth, read by Charlie Anson.

The Yukon river is over 2,000 miles long, flowing northwest from Canada through the Yukon Territory and Alaska to the Bering Sea. Every summer, hundreds of thousands of King salmon migrate the distance of this river to their spawning grounds, where they breed and die, in what is the longest salmon run in the world. For the communities that live along the Yukon, the fish have long been the lifeblood of the economy and local culture. But with the effects of climate change and a globalized economy, the health and numbers of the King salmon are in question, as is the fate of the communities that depend on them.

Travelling in a canoe along the Yukon as the salmon migrate, a four-month journey through untrammeled wilderness, Adam Weymouth traces the profound interconnectedness of the people and the fish through searing portraits of the individuals he encounters. He offers a powerful, nuanced glimpse into the erosion of indigenous culture, and into our ever-complicated relationship with the natural world. Weaving in the history of the salmon run and their mysterious life cycle, Kings of the Yukon is extraordinary adventure and nature writing at its most compelling.

Adam Weymouth's account of his canoe trip down the Yukon River is both stirring and heartbreaking. He ably describes a world that seems alternately untouched by human beings and teetering at the brink of ruin

I was knocked sideways by this book and quite unexpectedly. Adam Weymouth takes his place beside the great travel writers like Chatwin, Thubron, Leigh Fermor, in one bound. But like their books this is about so much more than just travel.

A moving, masterful portrait of a river, the people who live on its banks, and the salmon that connect their lives to the land. It is at once travelogue, natural history, and a meditation on the sort of wildness of which we are intrinsically a part. Adam Weymouth deftly illuminates the symbiosis between humans and the natural world - a relationship so ancient, complex, and mysterious that it just might save us

An epic ... Eloquent and tautly written

This is the best kind of travel writing. Weymouth embarks on an ambitious journey - 2,000 miles down the Yukon in a canoe - voyaging, listening and learning. An outstanding book

Dazzling, often in unexpected ways, Adam Weymouth is a wonderful travel writer, nature writer, adventure writer - along the way, he is also a nuanced examiner of some of the world's most fraught and urgent questions about the interconnectedness of people and the natural world.

[A] brilliant account of a summer spent paddling the 2,000-mile length of the Yukon River... Kings of the Yukon succeeds as an adventure tale, a natural history and a work of art. Its various threads of context and back story are woven seamlessly into the daily panorama of the river journey

Beautiful, restrained, uncompromising. The narrative pulls you eagerly downstream roaring, chuckling and shimmering just like the mighty Yukon itself

This book is an important contribution to our understanding of threatened ecosystems and what it means to be human on the edge of ecological catastrophe. I loved the sensitive but deeply powerful weave of pesca-poetry, knowledge and encounter that immersed me in the midst of the Yukon's forces and left me subtly transformed

An infatuated love letter to the river

A rich and fascinating book ... So vivid it reads like a thriller ... I was hooked

Adam Weymouth writes of the Yukon River, the salmon and the people, with language that flows and ripples like the water he describes. There may be a smoothness to the words, but pay attention, there are deep undercurrents here. You can hear the water dripping from his paddle between each stroke as he travels that river. It mingles with the voices of the many people he visits along its shores

Weymouth combines acute political, personal and ecological understanding, with the most beautiful writing reminiscent of a young Robert Macfarlane . . . He is, I have no doubt, a significant voice for the future . . . a really outstanding new contemporary British voice . . . I've never seen such a strong and excited consensus among the judges for a winner.

I thoroughly enjoyed traveling the length of the Yukon River with Adam Weymouth, discovering the essential connection between the salmon and the people who rely upon them. What a joy it is to be immersed in such a remote and wondrous landscape, and what a pleasure to be in the hands of such a gifted narrator

Shift over Pierre Berton and Farley Mowat. You, too, Robert Service. Set another place at the table for Adam Weymouth, who writes as powerfully and poetically about the Far North as any of the greats who went before him

Lyrical ... The elegiac tone that fills Kings of the Yukon, the sorrow at the loss of culture and nature in the wilderness, is an unavoidable reflection of life in the 21st century

[Weymouth's] account ... is so assured, so accomplished, that I found it hard to believe it was his first book ... rich in characters, and beautifully written.

An enthralling account of a literary and scientific quest. Adam Weymouth vividly conveys the raw grandeur and deep silences of the Yukon landscape, and endows his subject, the river's King Salmon, with a melancholy nobility