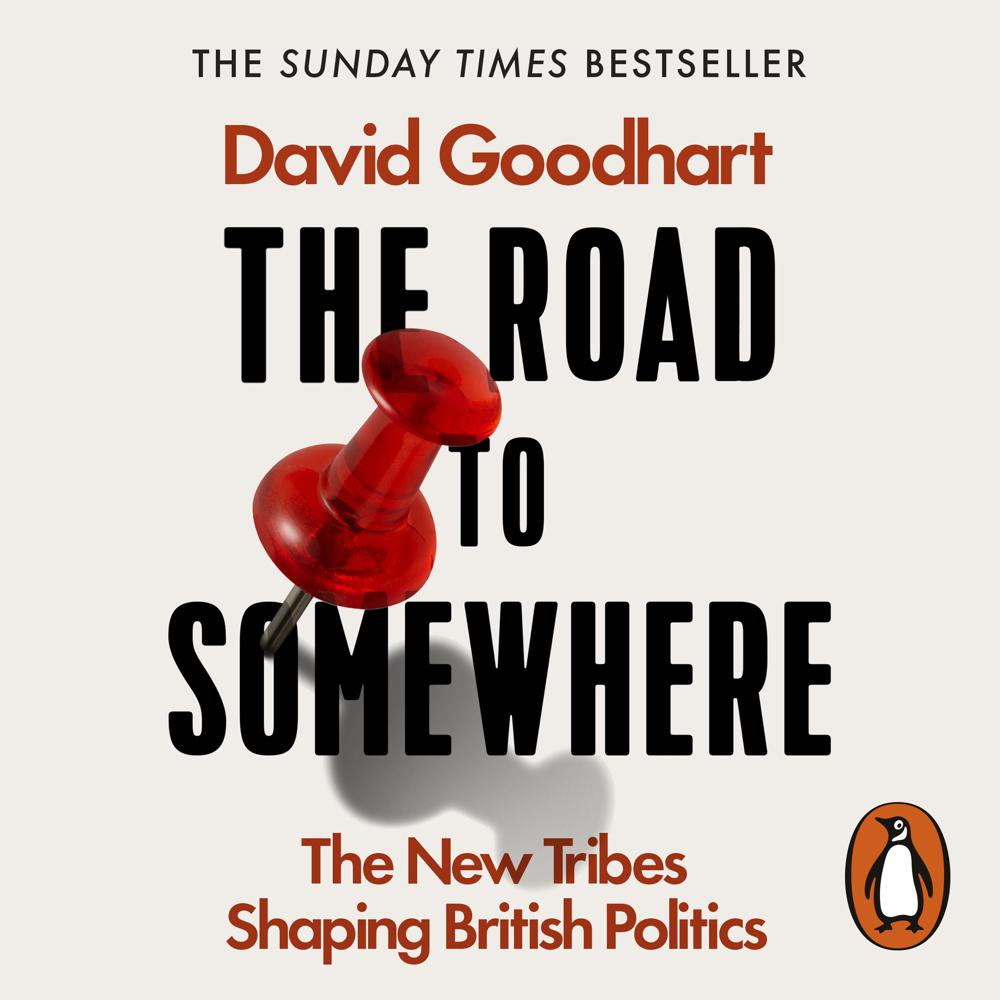 Penguin presents the audiobook edition of The Road to Somewhere by David Goodhart, read by Simon Bubb.

Many Remainers reported waking up the day after the Brexit vote feeling as if they were living in a foreign country. In fact, they were merely experiencing the same feeling that many British people have felt every day for years.

Fifty years ago, people in leafy North London and people in working-class Northern towns could vote for a Labour party that broadly encompassed all of their interests. Today their priorities are poles apart.

In this groundbreaking and timely book, Goodhart shows us how people have come to be divided into two camps: the 'Anywheres', who have 'achieved' identities, derived from their careers and education, and 'Somewheres', who get their identity from a sense of place and from the people around them, and who feel a sense of loss due to mass immigration and rapid social change.

In a world increasingly divided by Brexit and Trump, Goodhart shows how Anywheres must come to understand and respect Somewhere values to stand a fighting chance against the rise of populism.

This meticulously researched book ... enables us to imagine Brexit as a moment that could just prove to be the start of a national renewal

Whatever other objections Goodhart's new book might provoke, few could call it irrelevant or untimely ... he returns to this most vexed terrain, picking his way through nettles and thorns that might deter thinner-skinned writers

Goodhart offers an impeccably sensible and decent exposition of how the political elites have failed their societies ... The book makes compelling reading both for voters and those who want to get elected by them

Goodhart's exploration of this underlying divide -- and the question of what might be done -- is not only timely but also offers an accessible, evidence-based and direct account of how these conflicts are reshaping the political world around us

Goodhart has clarity of argument and courage. He has been making these points for a decade and urging the mainstream to engage with them. He does not do fads

[Goodhart] has written a book that is thoughtful, well argued and dangerously moderate. It may even be an incitement to independent thinking

[A] provocative take on the UK's new tribal divisions ... And it broadly works ... The Road to Somewhere has the feel of a book whose timing ... is pitch-perfect