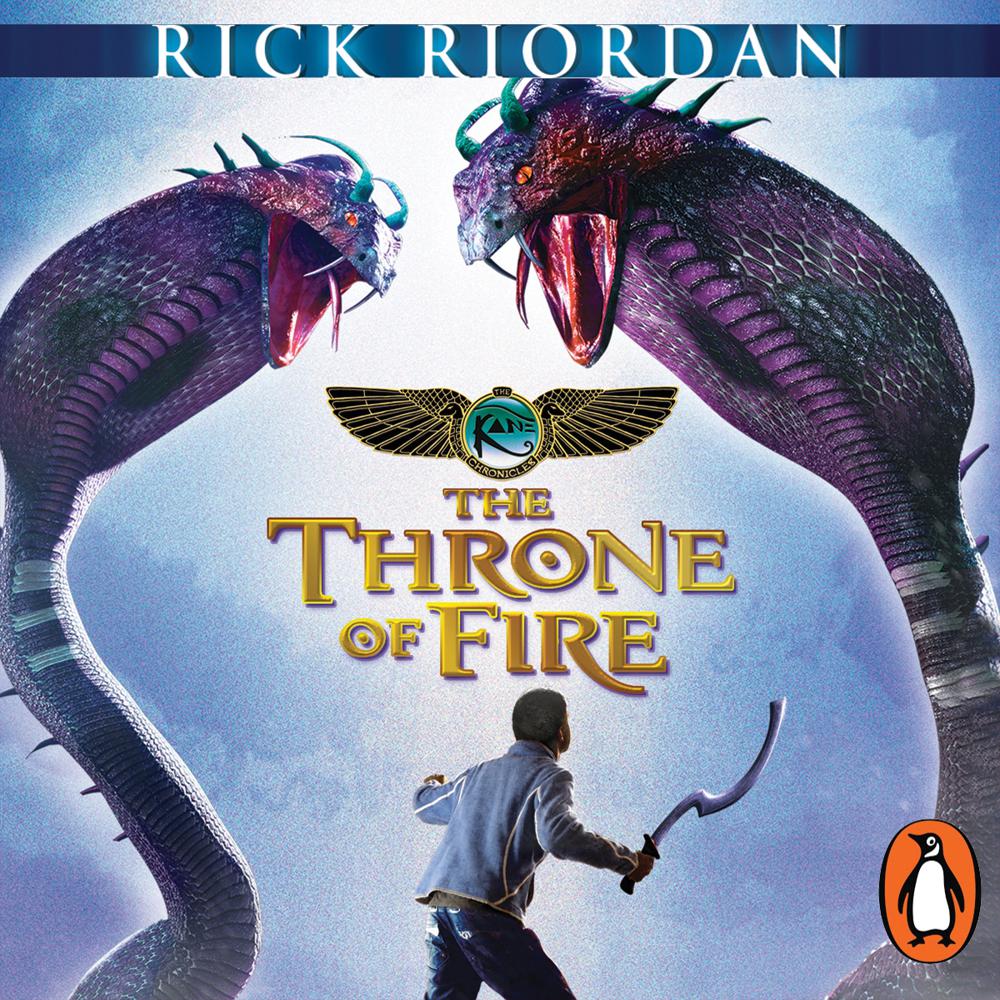 The unabridged, downloadable audiobook edition of The Kane Chronicles: The Throne of Fire, read by Joseph May and Jane Collingwood.

Ever since the gods of Ancient Egypt were unleashed on the modern world, Carter Kane and his sister, Sadie, have been in big trouble.

As descendants of the magical House of Life, they command certain powers. But now a terrifying enemy - Apophis, the giant snake of chaos - is rising.

If Carter and Sadie don't destroy him, the world will end in five days' time. And in order to battle the forces of chaos, they must revive the sun god Ra - a feat no magician has ever achieved. Because first they must search the world for the three sections of the Book of Ra, then they have to learn how to chant its spells . . .

Can the Kanes destroy Apophis before he swallows the sun and plunges the earth into darkness . . . forever?

Sure to become a classic

A fantastic blend of myth and modern

Storytelling that will get readers hooked.