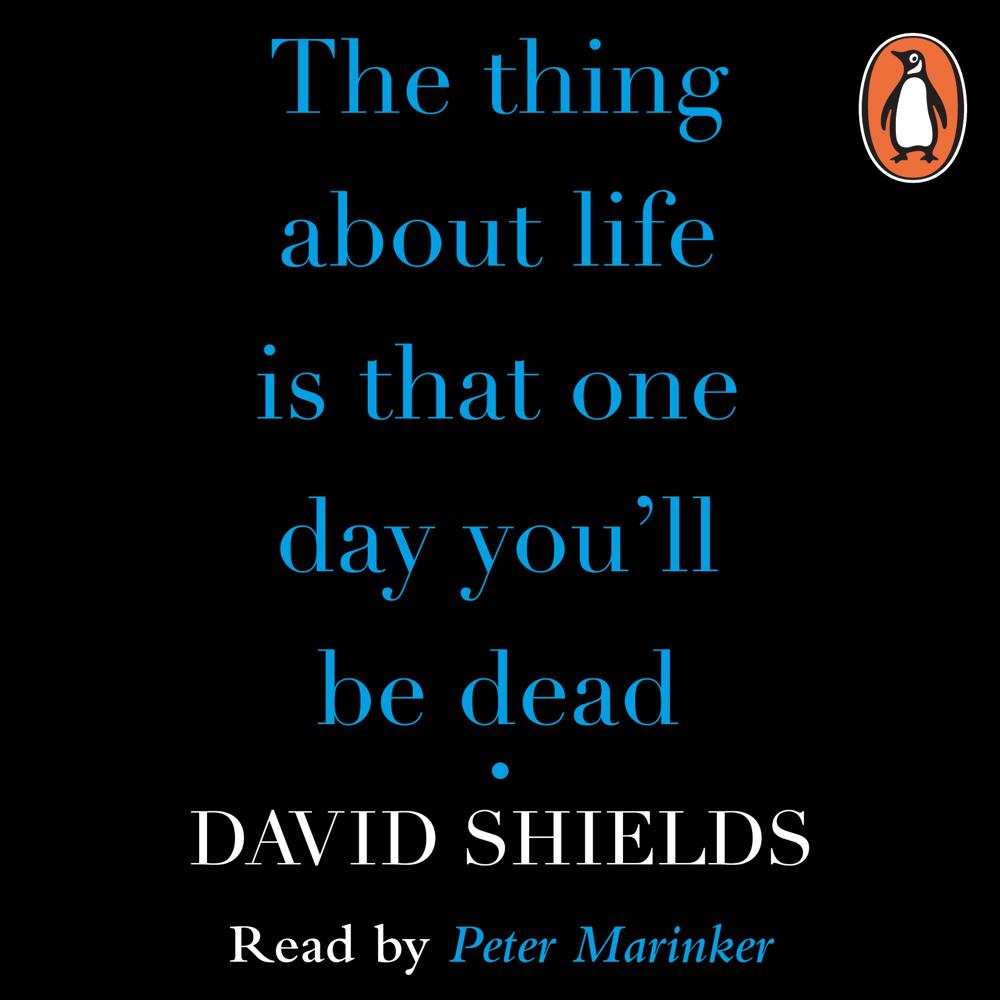 The unabridged, downloadable audiobook edition of David Shields 2008 New York Times Bestseller, The Thing About Life Is That One Day You'll Be Dead, read by the actor Peter Marinker.

Mesmerized and somewhat unnerved by his 97-year-old father's vitality and optimism, David Shields undertakes an original investigation of our flesh-and-blood existence, our mortal being.
Weaving together personal anecdote, biological fact, philosophical doubt, cultural criticism, and the wisdom of an eclectic range of writers and thinkers - from Lucretius to Woody Allen - Shields expertly renders both a hilarious family portrait and a truly resonant meditation on mortality.

An insightful, honest and uplifting portrait of what it means to be human, and one day to die.

Shields is a sharp-eyed, self-deprecating, at times hilarious writer

An edifying, unclassifiable mixture of filial love and Oedipal rage

Breathtaking . . . Shields had us laughing out loud, even in the face of death