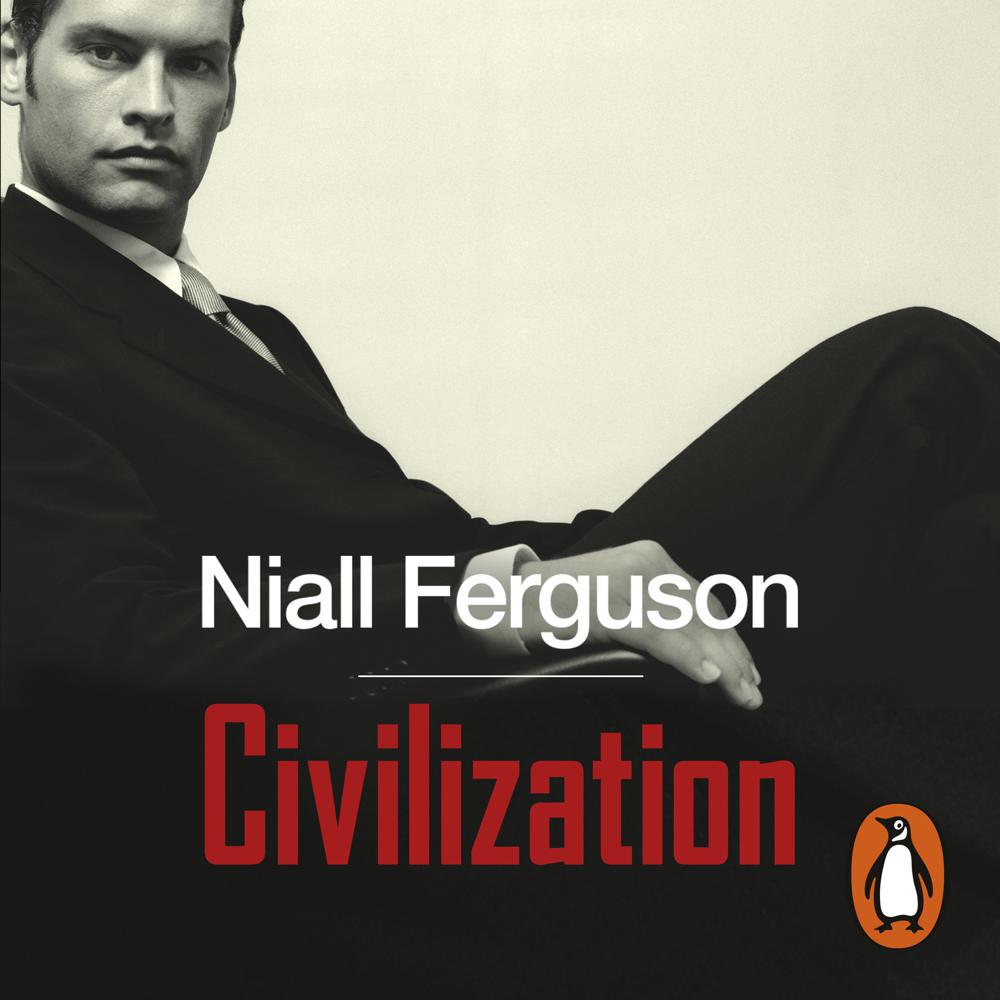 The unabridged, downloadable audiobook edition of Niall Ferguson's provocative bestseller, Civilization: The West and the Rest, read brilliantly by the author himself.

If in the year 1411 you had been able to circumnavigate the globe, you would have been most impressed by the dazzling civilizations of the Orient. The Forbidden City was under construction in Ming Beijing; in the Near East, the Ottomans were closing in on Constantinople.

By contrast, England would have struck you as a miserable backwater ravaged by plague, bad sanitation and incessant war. The other quarrelsome kingdoms of Western Europe - Aragon, Castile, France, Portugal and Scotland - would have seemed little better. As for fifteenth-century North America, it was an anarchic wilderness compared with the realms of the Aztecs and Incas. The idea that the West would come to dominate the Rest for most of the next half millennium would have struck you as wildly fanciful. And yet it happened.

What was it about the civilization of Western Europe that allowed it to trump the outwardly superior empires of the Orient? The answer, Niall Ferguson argues, was that the West developed six "killer applications" that the Rest lacked: competition, science, democracy, medicine, consumerism and the work ethic. The key question today is whether or not the West has lost its monopoly on these six things. If so, Ferguson warns, we may be living through the end of Western ascendancy.

Civilization takes readers on their own extraordinary journey around the world - from the Grand Canal at Nanjing to the Topkapi Palace in Istanbul; from Machu Picchu in the Andes to Shark Island, Namibia; from the proud towers of Prague to the secret churches of Wenzhou. It is the story of sailboats, missiles, land deeds, vaccines, blue jeans and Chinese Bibles. It is the defining narrative of modern world history.