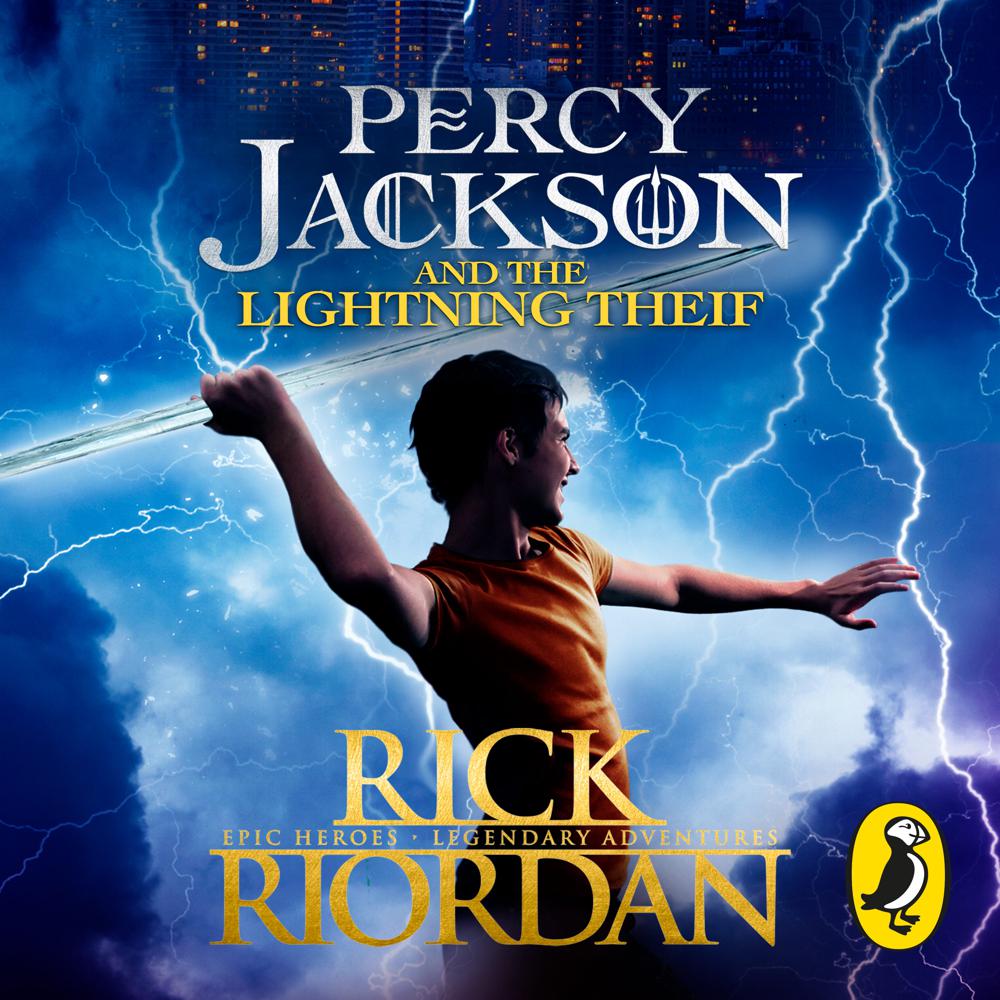 Penguin presents the audio edition of Rick Riordan's Percy Jackson and The Lightning Thief, read by the actor Jesse Bernstein.

Half boy. Half God. All Hero.

Look, I didn't want to be a half-blood. I never asked to be the son of a Greek God.

I was just a normal kid, going to school, playing basketball, skateboarding. The usual. Until I accidentally vaporized my maths teacher. Now I spend my time battling monsters and generally trying to stay alive.

This is the one where Zeus, God of the Sky, thinks I've stolen his lightning bolt - and making Zeus angry is a very bad idea.