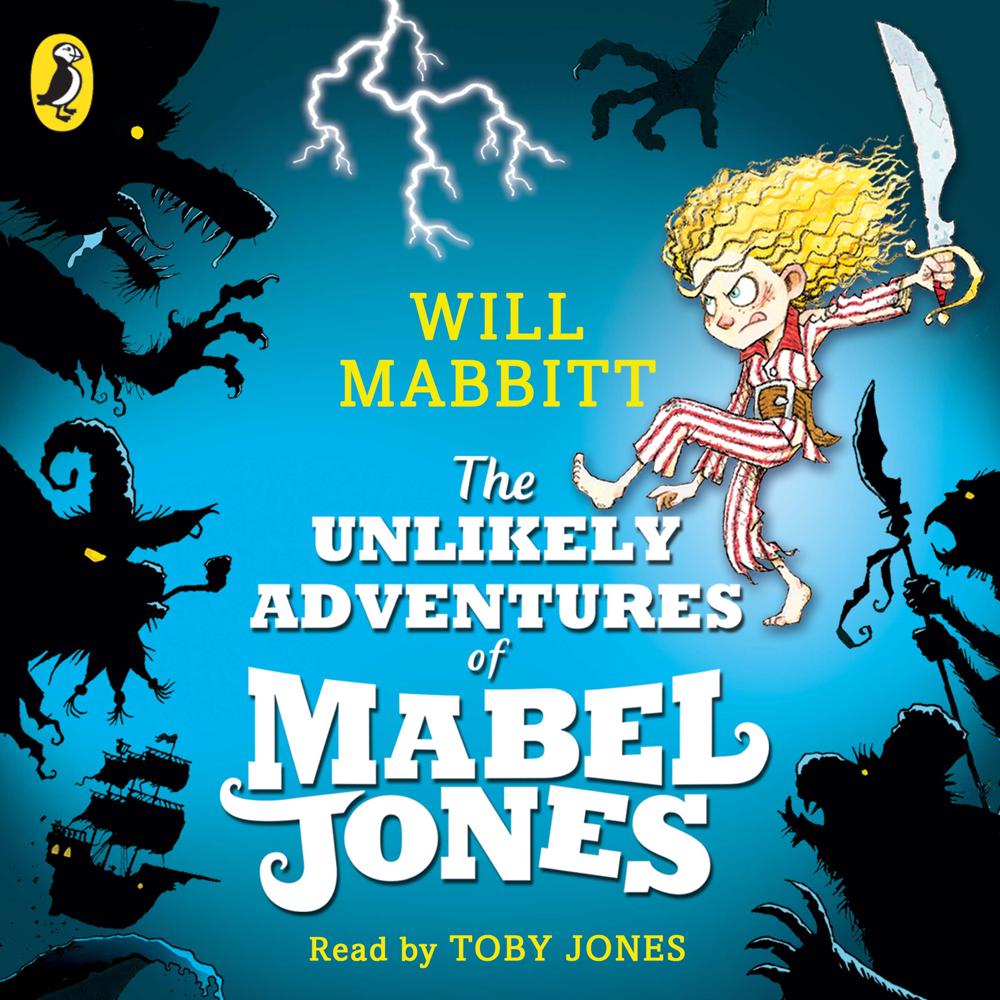 Penguin presents the unabridged, downloadable, audiobook edition of The Unlikely Adventures of Mabel Jones by Will Mabbit, read by Toby Jones.

When Mabel Jones unknowingly commits 'The Deed' she finds herself swiftly bundled into a sack and carried off to the pirate ship the Feroshus Maggot.

Crewed by the strangest bunch of pirates you would ever want to meet and captained by the dreaded Idryss Ebeneezer Split (a wolf with a false leg carved from a human thighbone, a rusty cutlass sheathed in his belt and a loaded pistol tucked in his pants with no fear of the consequences), the Feroshus Maggot whisks Mabel Jones off on the adventure of a lifetime.