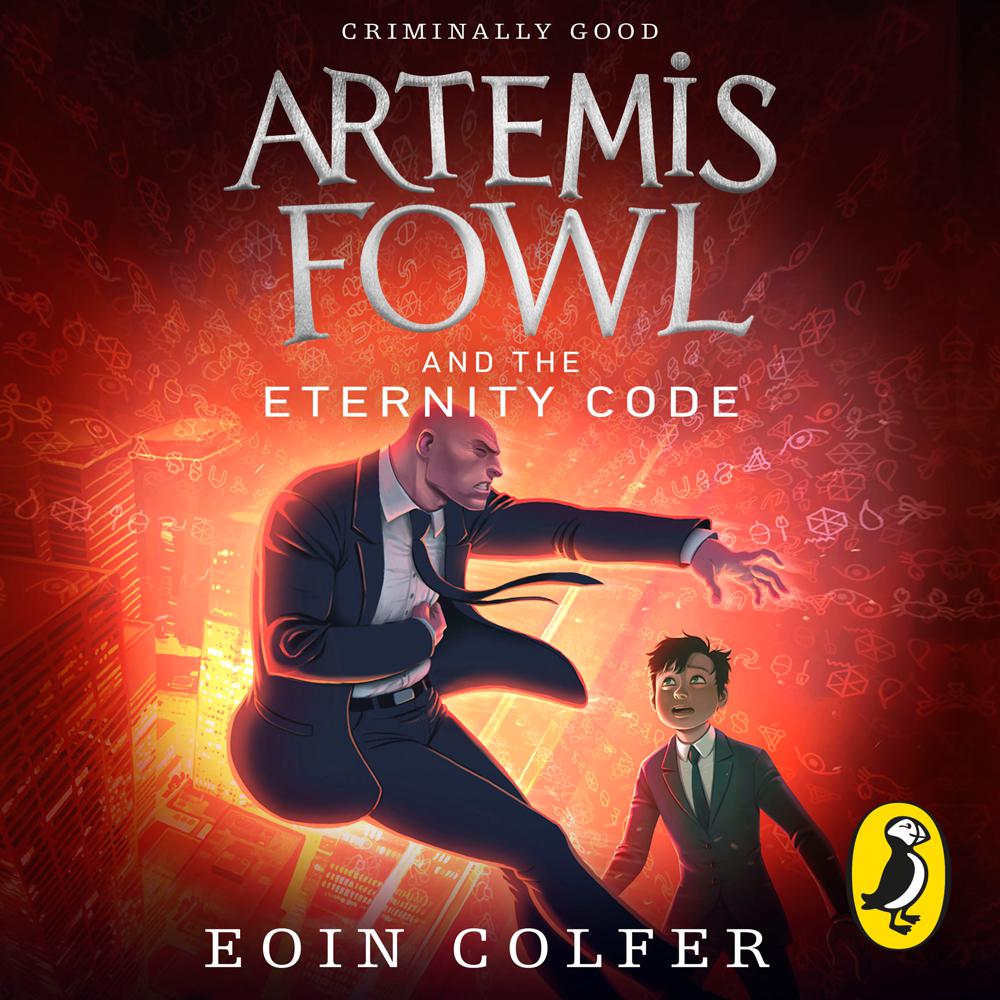 The unabridged, downloadable audiobook edition of Artemis Fowl: The Eternity Code is the third book in the unbelievably brilliant Artemis Fowl series by Eoin Colfer. Read by the actor Gerry O'Brien.

Artemis Fowl is attempting to go straight. But there's always time for one last job.

Artemis Fowl has created the most powerful new supercomputer known to man - using stolen technology from an elite race of underground fairies.

And when the computer falls into the hands of an IT billionaire with a shady past and an alleged mob connection, Artemis is in deep trouble. The consequences for humans and fairies alike are deadly. Only one person, well, fairy, can help him now.

If only Artemis Fowl wasn't the fairies' public enemy number one . . .

'Grips like an electromagnet until the last word' - Independent
'Engagingly vivid, exciting and witty' - The Telegraph
'Fast, funny and very exciting' - Daily Mail