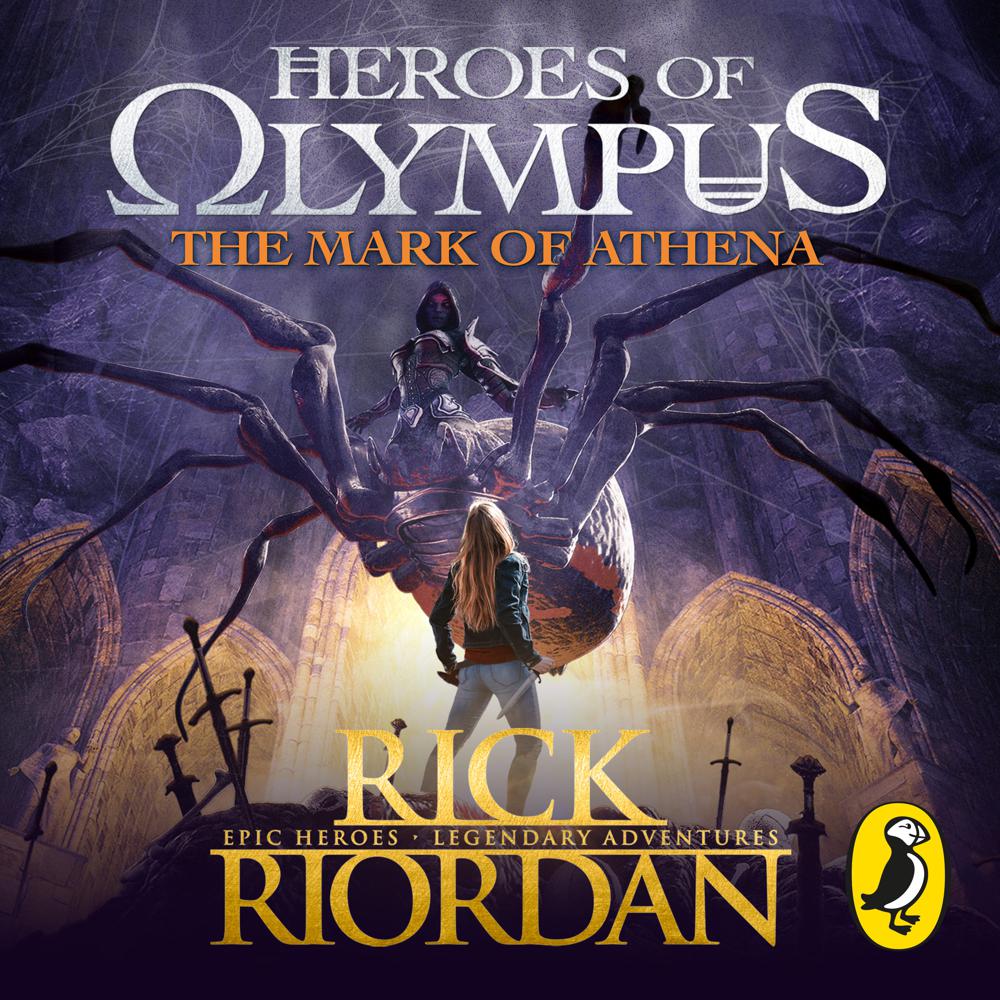 Penguin presents the unabridged, downloadable audiobook edition of the The Mark of Athena, book three in the Heroes of Olympus spin-off series from Percy Jackson creator, Rick Riordan. Read by the actor Joshua Swanson.

ONE FATAL PROPHECY. SEVEN BRAVE DEMIGODS. A QUEST TO FIND - AND CLOSE - THE DOORS OF DEATH. Annabeth felt as if someone had draped a cold washcloth across her neck. She heard that whispering laughter again, as if the presence had followed her from the ship.She looked up at the Argo II. Its massive bronze hull glittered in the sunlight.Part of her wanted to kidnap Percy right now, get on board and get out of here while they still could.She couldn't shake the feeling that something was about to go terribly wrong. She couldn't risk losing Percy again.