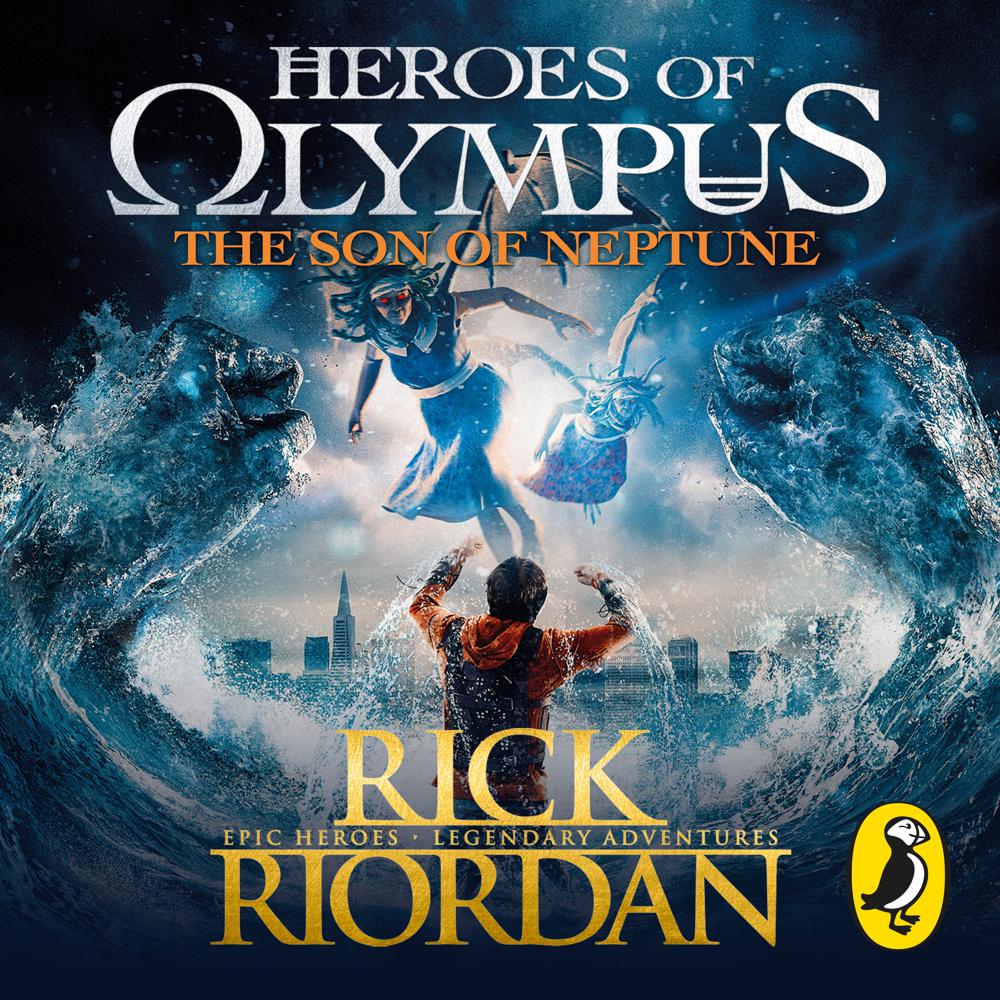 Penguin presents the unabridged, downloadable audiobook edition of the The Son of Neptune, book two in the Heroes of Olympus spin-off series from Percy Jackson creator, Rick Riordan. read by the actor Joshua Swanson.

This crazy messed up world of gods and monsters is Percy Jackson's reality, which pretty much sucks for him.

Percy Jackson, son of Poseidon, God of the Sea, has woken from a very deep sleep and come face to face with two snake-haired ladies who refuse to die.
But they're the least of his problems. Because Percy finds himself at a camp for half-bloods, which doesn't ring any bells for him. There's just one name he remembers from his past. Annabeth.
Only one thing is certain - Percy's questing days aren't over. He and fellow demigods Frank and Hazel must face the most important quest of all: the Prophecy of Seven.If they fail, it's not just their camp at risk. Percy's old life, the gods, and the entire world might be destroyed . . .