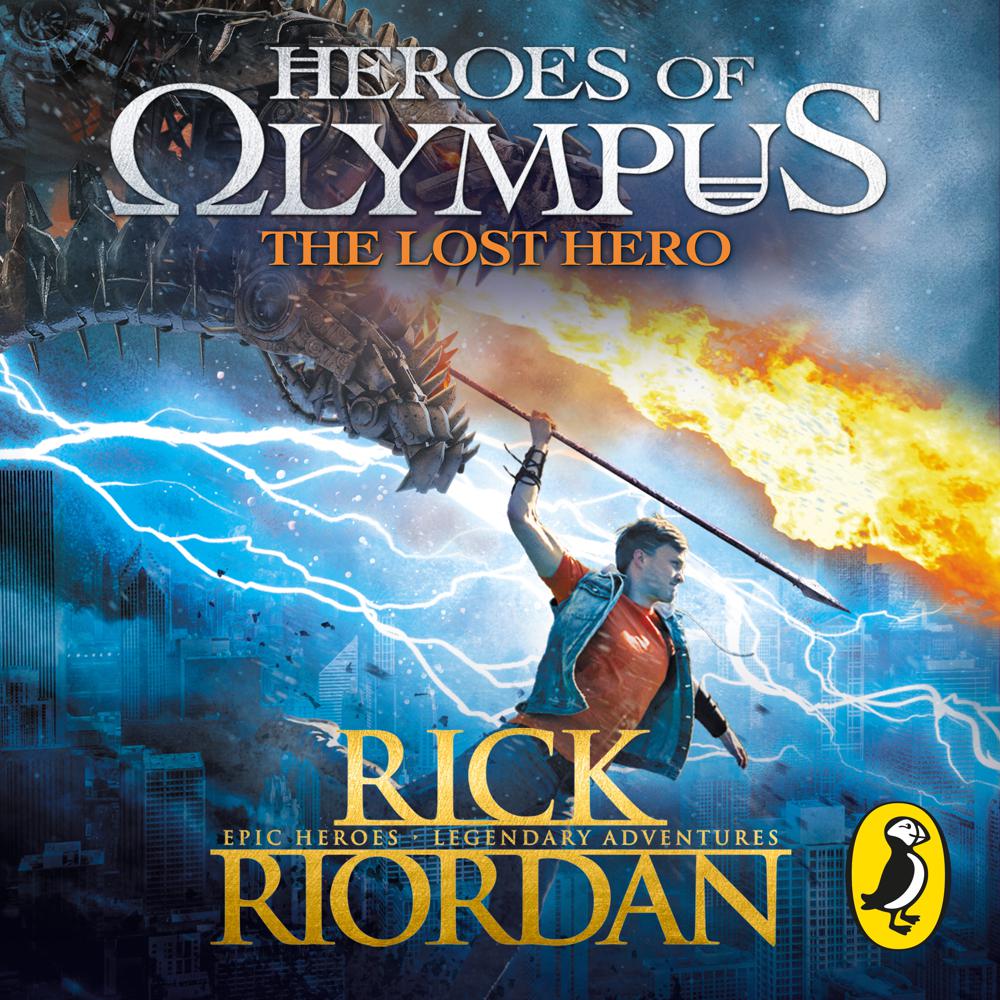 Penguin presents the unabridged, downloadable audiobook edition of the The Lost Hero, book one in the Heroes of Olympus spin-off series from Percy Jackson creator, Rick Riordan. Read by the actor Joshua Swanson.

OLD ENEMIES AWAKEN AS CAMP HALF-BLOOD'S NEW ARRIVALS PREPARE FOR WAR
When Jason, Piper and Leo crash land at Camp Half-Blood, they have no idea what to expect. Apparently this is the only safe place for children of the Greek Gods - despite the monsters roaming the woods and demigods practising archery with flaming arrows and explosives. But rumours of a terrible curse - and a missing hero - are flying around camp. It seems Jason, Piper and Leo are the chosen ones to embark on a terrifying new quest, which they must complete by the winter solstice. In just four days time. Can the trio succeed on this deadly mission - and what must they sacrifice in order to survive?