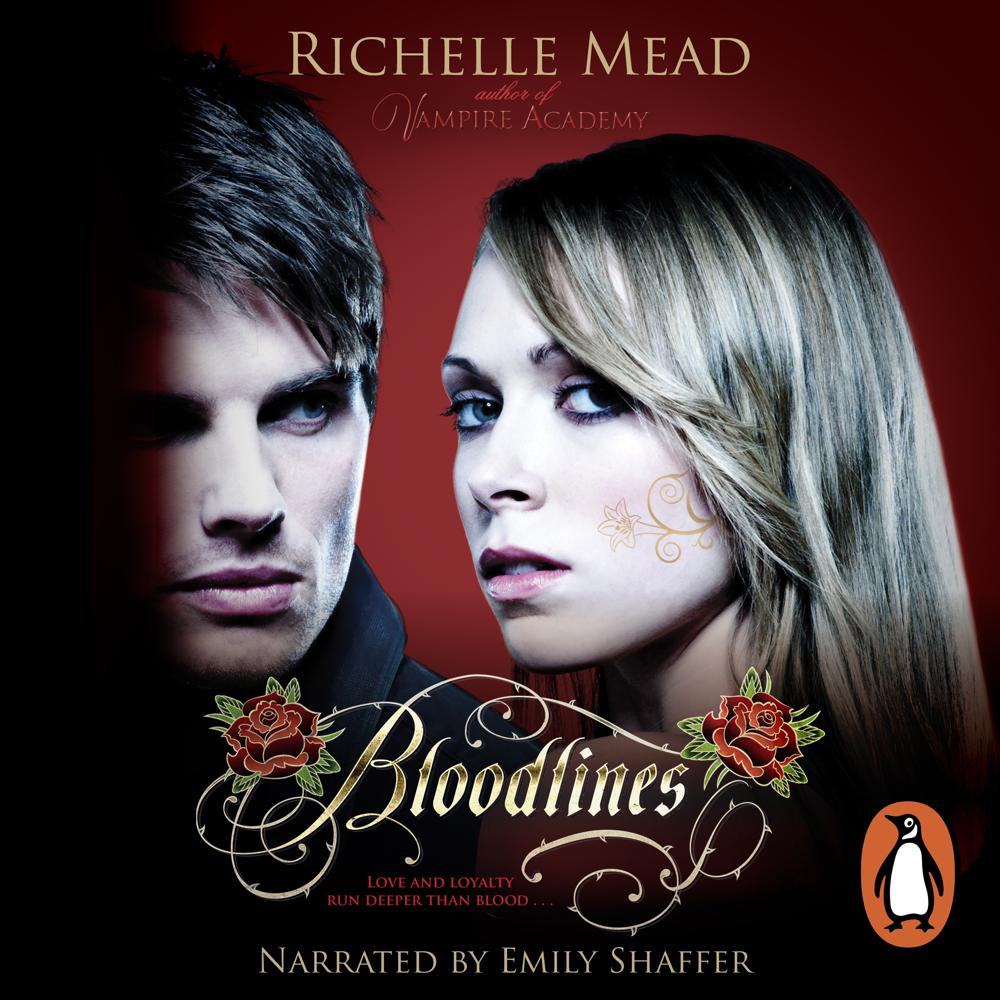 The unabrided, downloadable audiobook edition of Bloodlines by Richelle Mead. Read by the actress Emily Shaffer.

Sydney belongs to a secret group who dabble in magic and serve to bridge the world of humans and vampires. But when Sydney is torn from her bed in the middle of the night, she fears she's still being punished for her complicated alliance with dhampir Rose Hathaway. What unfolds is far worse. The sister of Moroi queen Lissa Dragomir is in mortal danger, and goes into hiding. Now Sydney must act as her protector.

The last thing Sydney wants is to be accused of sympathizing with vampires. And now she has to live with one . . .