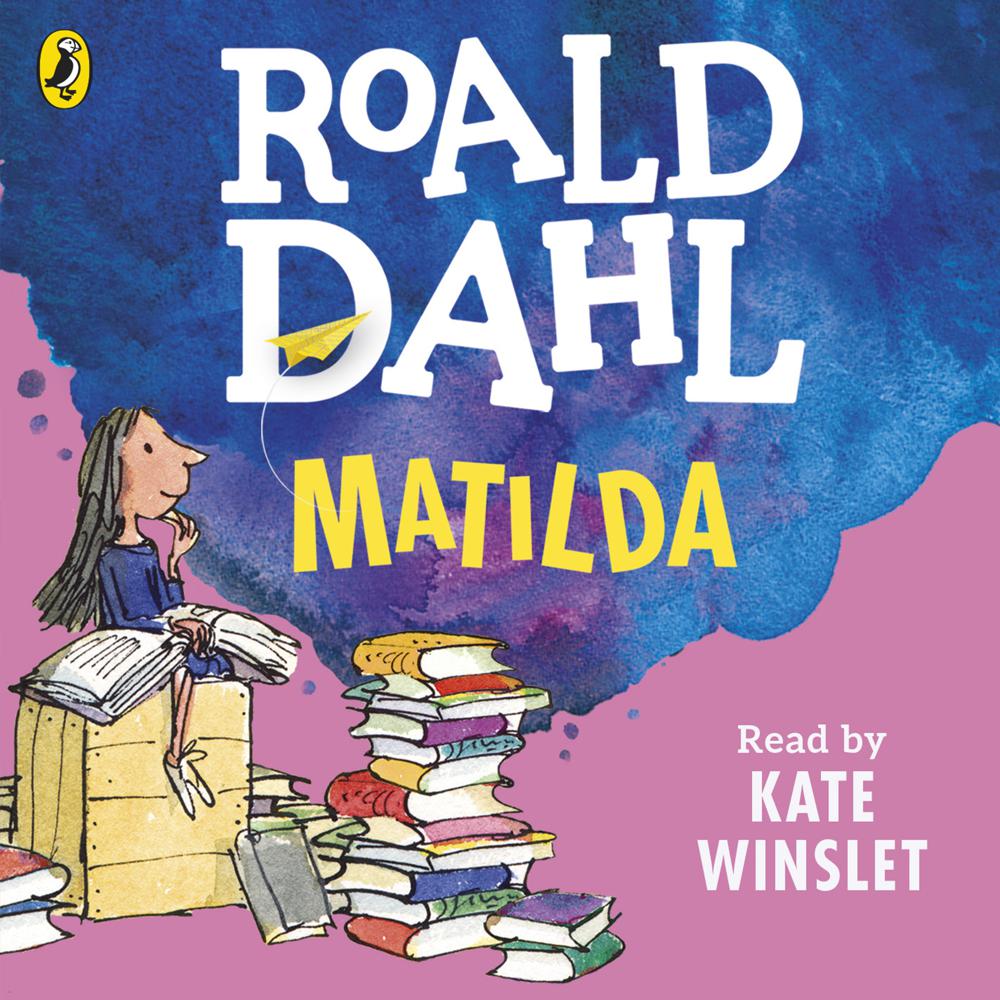 "So Matilda's strong young mind continued to grow, nurtured by the voices of all those authors who had sent their books out into the world like ships on the sea. These books gave Matilda a hopeful and comforting message: You are not alone."
Matilda is the world's most famous bookworm, no thanks to her ghastly parents.
Her father thinks she's a little scab. Her mother spends all afternoon playing bingo.
And her headmistress, Miss Trunchbull?
She's the worst of all.
She's a big bully, who thinks all her pupils are rotten and locks them in the dreaded Chokey.
Despite these beastly grownups trying to push her down, Matilda is an extraordinary girl with a magical mind.

And she's had enough.
So all the terrible adults had better watch out, because she's going to teach them a lesson they'll never forget!

Kate Winslet's award-winning and varied career has included standout roles in Titanic, Eternal Sunshine of the Spotless Mind, Finding Neverland, Revolutionary Road and The Reader, for which she won the Academy Award for Best Actress. Also a highly acclaimed voice artist, she received the Grammy Award for Best Spoken Word Album for Children for Listen to the Storyteller.
"A true genius . . . Roald Dahl is my hero" - David Walliams