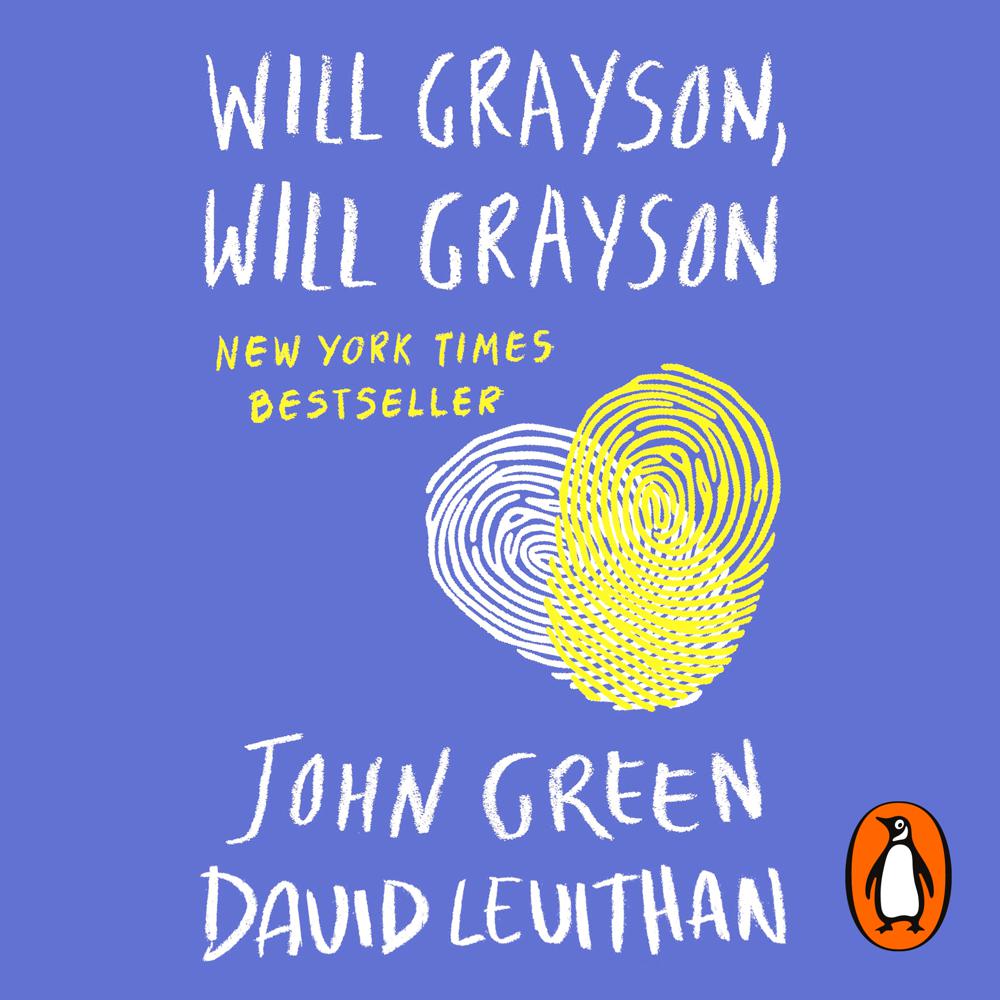 Penguin Audiobooks presents Will Grayson, Will Grayson by John Green and David Levithan. An unabridged recording voiced by MacLeod Andrews and Nick Podehl.

One cold night, in a most unlikely corner of Chicago, teenager Will Grayson crosses paths with . . . Will Grayson! Two teens with the same name who run in two very different circles suddenly find their lives going in new and unexpected directions. Culminating in epic turns-of-heart on both of their parts, they team up to produce the most fabulous musical ever to grace the high-school stage.

Told in alternating voices from two award-winning, popular names in young-adult fiction - John Green (author of The Fault in Our Stars) and David Levithan (author of Boy Meets Boy) - this unique collaborative novel features a double helping of the heart and humour that has won both authors legions of fans.

** John Green has a huge online presence through his 1.1 million Twitter followers and YouTube channel Vlogbrothers, which has been viewed over 200 million times and has 660,000 subscribers, making it one of the most successful online channels in history.