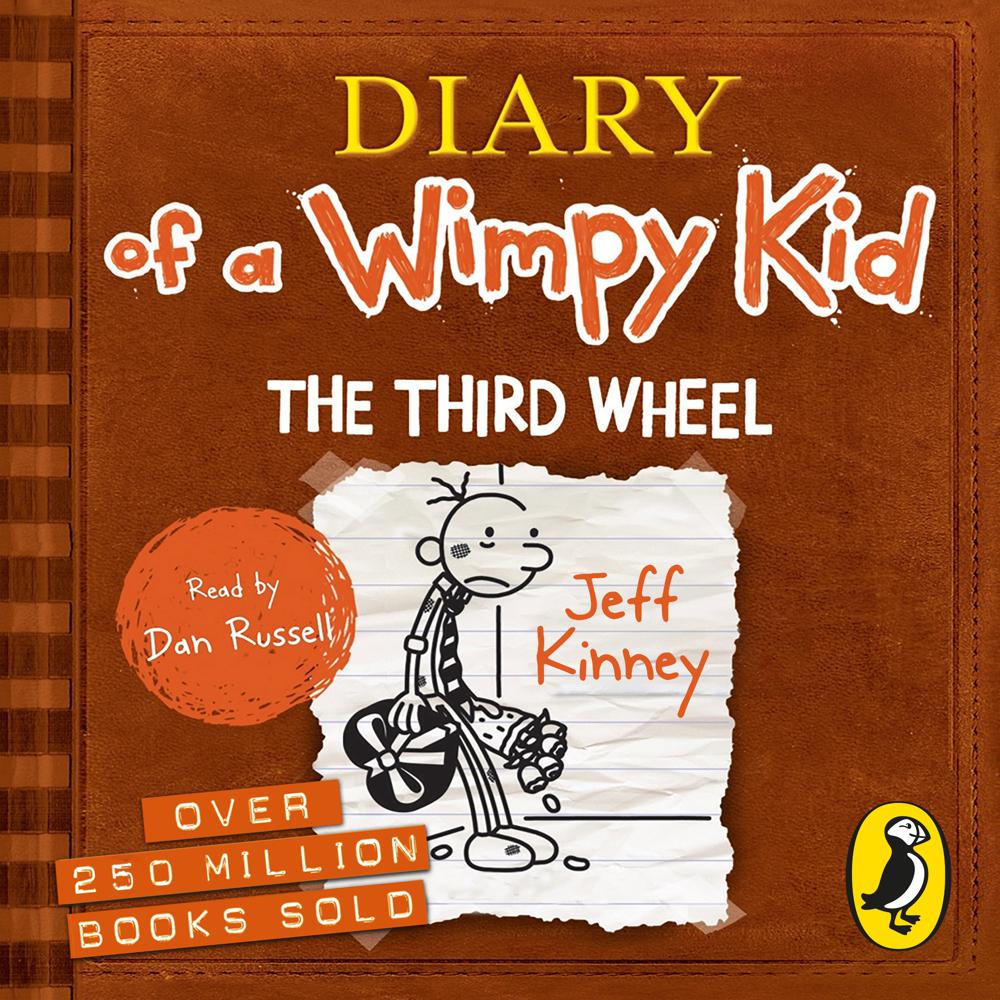 The Diary of a Wimpy Kid series are now presented in awesome binaural audio. Listen with headphones for the full, glorious, effect!

The Third Wheel is the hilarious next book in the brilliant, bestselling and award-winning Diary of a Wimpy Kid series. Available here as an unabridged audio download. Perfect for readers of 8+ and all the millions of Wimpy Kid fans. Also now a box office-busting major motion franchise with the third Wimpy Kid movie, Dog Days released in the UK in August 2012!


Love is in the air, but what does that mean for Greg Heffley?

A Valentine's Day dance at Greg's school has turned his world upside down. As Greg scrambles to find a date, he's worried he'll be left out in the cold on the big night. His bestfriend, Rowley, doesn't have any prospects either but that's small consolation.

Then an unexpected twist gives Greg a partner for the dance and leaves Rowley the odd man out. But a lot can happen in one night, and in the end, you never know who's going to be lucky in love . . .

Share in the hilarious adventures of everyone's favourite wimpy kid, Greg Heffley, in the highly-anticipated seventh book in the Diary of a Wimpy Kid series.

For the best listening experience, make sure to download in high-quality.