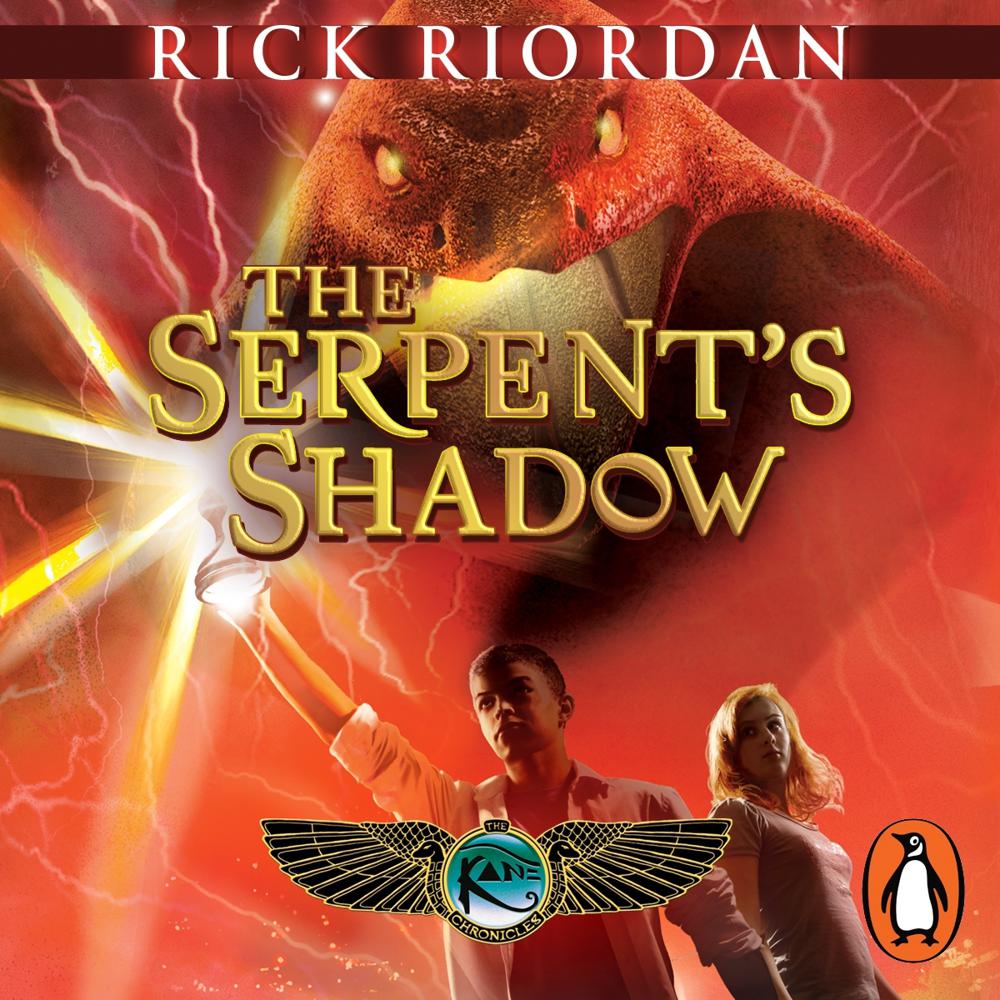 The unabridged, downloadable audiobook edition of The Kane Chronicles: The Serpent's Shadow, read by Joseph May and Jane Collingwood.

CARTER AND SADIE KANE, descendants of the magical House of Life, are in pretty big trouble.

Despite their bravest efforts, Apophis, the giant snake of Chaos, is still threatening to plunge the world into eternal darkness. Now the Kanes must do something no magician has ever managed - defeat Apophis himself. No pressure there then.

Battling against the forces of Chaos, their only hope is an ancient spell - but the magic has been lost for a millennia. Will they find the serpent's shadow, or will they be led to their deaths in the depths of the Underworld?

Sure to become a classic

Storytelling that will get readers hooked