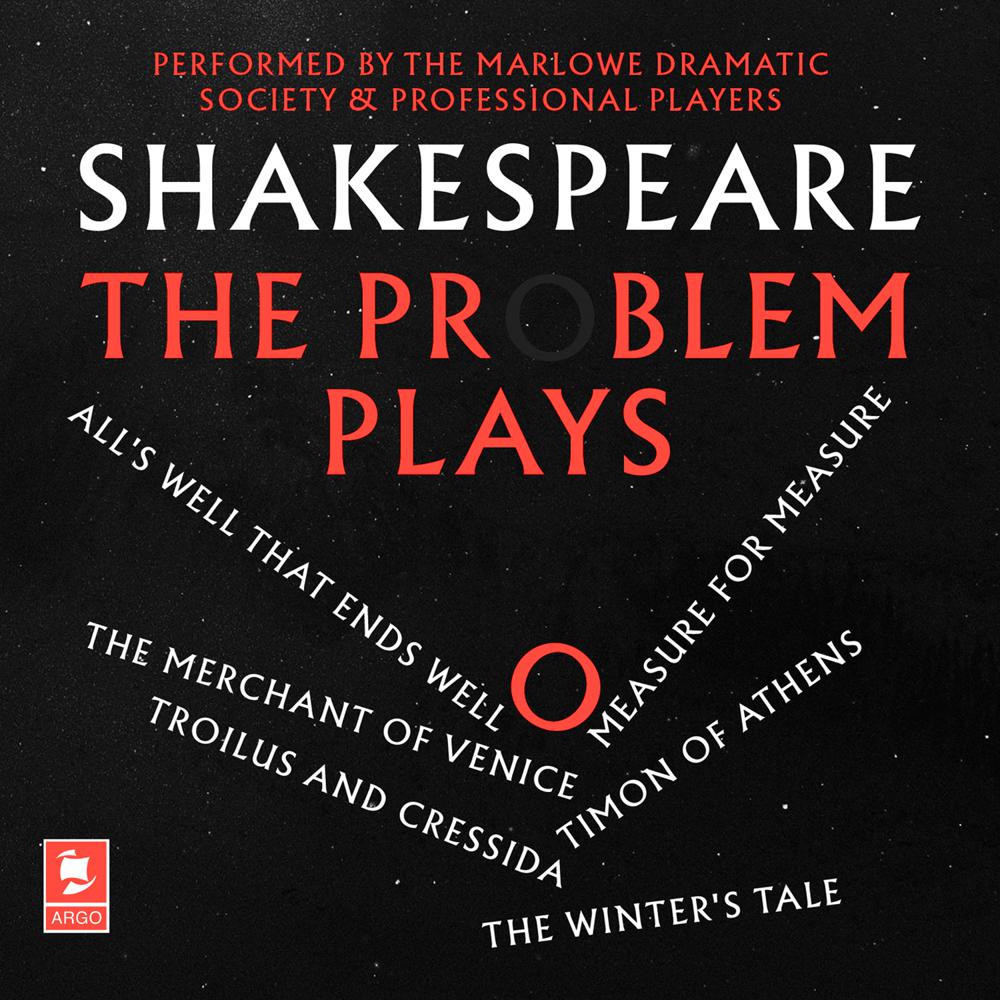 All 6 of Shakespeare’s ‘Problem Plays’ are collected here, performed by the celebrated Marlowe Dramatic Society and Professional Players.

Mystery, power, and malevolence are present in these plays, all of which subvert the happy endings that one would expect in a comedy, and the tragic effect one would expect in a tragedy, to pose deeper, moral questions that echo modern society. Performed by an incredible array of the 20th century’s greatest actors, Marlowe alumni including Roy Dotrice, Prunella Scales, Ian McKellen, Michael Hordern, and Derek Jacobi can be heard in these recordings.

This collection includes all 6 plays considered as Shakespeare’s Problem Plays:
• All’s Well That Ends Well
• Measure For Measure
• The Merchant of Venice
• Timon of Athens
• Troilus and Cressida
• The Winter’s Tale